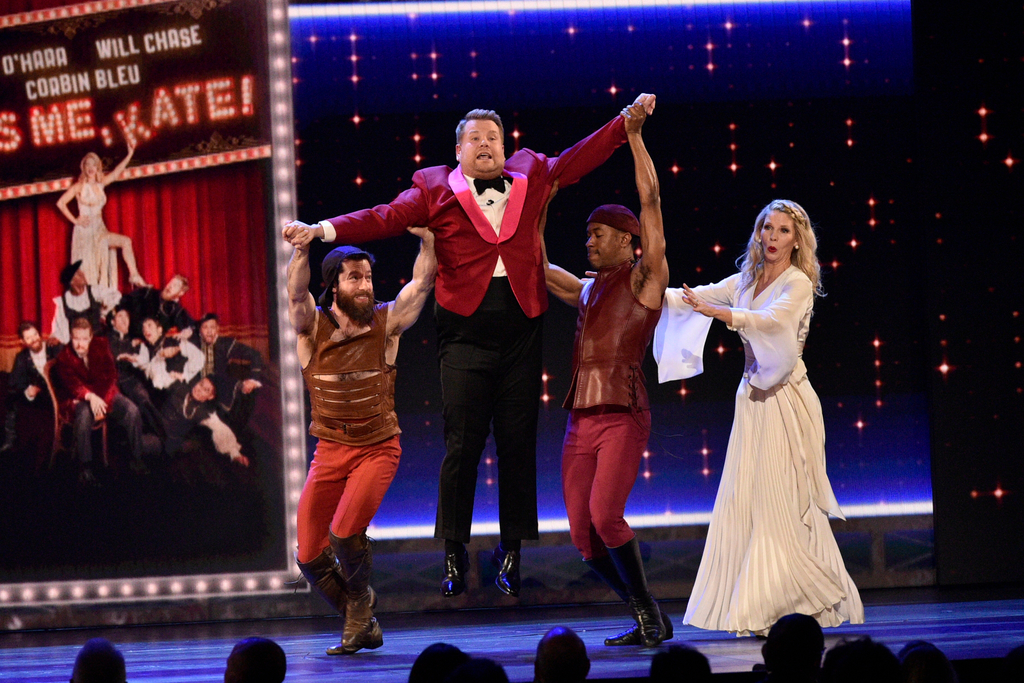 While the Venn diagram of Broadway enthusiasts and pro hockey fans probably looks like a toppled snowman, the Nielsen data would seem to suggest that an awful lot more of the latter were plunked down in front of their TV sets Sunday night.

According to the ratings service’s live-same-day figures, NBC’s coverage of Game 6 of the Stanley Cup Final roughed up the 73rd Annual Tony Awards, more than doubling the CBS broadcast’s demo deliveries. Boston’s 5-1 mugging of St. Louis averaged a 2.0 in the target demo, which translates to around 2.6 million adults 18-49, while the James Corden-hosted Tonys eked out a 0.8, or a little north of 1 million adults age 50 and under.

In terms of the overall audience deliveries, NBC’s Stanley Cup coverage averaged 6.47 million viewers, or nearly 1.1 million more than CBS’s awards broadcast (5.4 million). After suffering a 23 percent year-to-year decline among adults 25-54, Sunday night’s Tonys was the least-watched, lowest-rated production in the show’s history. This is consistent with an ongoing erosion in TV award show ratings that has seen the Grammys, Emmys and Oscars fall to multi-year lows.

Corden, the host of CBS’s “The Late Late Show,” kicked off the Tonys with a 10-minute musical number in which he extolled the virtues of live theater—and by extension, live TV. Midway through the opener, after singing the tongue-in-cheek lines “we’re much better than television, we view it with great derision,” the host ticked off a list of scripted series he believes are up to snuff; among these were the non-ad-supported “Game of Thrones,” “Fleabag” and “Dead to Me.” Predictably enough, the only broadcast show Corden shouted out was his own.

Among the top sponsors that bought time in the older-skewing Tonys—the median age of the audience for last year’s broadcast was a rather creaky 63.3 years—were the pharma brands Truvada, Trulicity, Verzenio, Entyvio and Fasenra. Per iSpot.tv data, other leading Tonys advertisers were IBM, Volkswagen, Verizon, Universal Pictures (“Yesterday”) and Nordstrom.

Diminishing ratings returns aside, Sunday night was instructive inasmuch as it demonstrated how important live TV is for marketers looking to get eyeballs on their brand messaging. The Tonys served up an estimated 171.5 million ad impressions, of which 99.7 percent were delivered live. That same night, NBC notched 397.1 million ad impressions with its Stanley Cup coverage, 99.9 percent of which were live. By comparison, around 82 percent of the commercial impressions in scripted programming are registered in real time.