Ticket sales for Warner Bros.' "The Dark Knight Rises" came in below projections made before a shooting at a premiere of the movie killed 12 people in Aurora, Colo., according to an analyst.

The movie earned in the range of $155 million to $165 million, estimates Jeff Bock, an analyst for Exhibitor Relations Co. Before the violence at the Cinemark Holdings theater, it was expected to generate $170 million to $198 million in its first three days, the estimates of researchers Fizziology and Boxoffice.com. 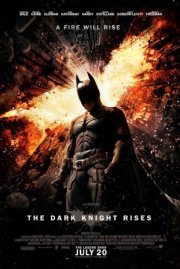 That would still place the film among the top five weekend openings ever, according to Box Office Mojo, an online publication tracking ticket sales. The first in the series, "The Dark Knight ," with $158.4 million in opening weekend sales, is ranked third after "Marvel's The Avengers" and "Harry Potter and the Deathly Hallows," the site says.

Some families may have made other plans after the shooting, "and the casual fan may have turned away as well," Bock said. "Everybody's very mindful of it."

Warner Bros., owned by Time Warner , and other Hollywood studios aren't reporting official sales figures, with some issuing statements citing sensitivity to the victims. Studios typically report figures for weekend sales every Sunday. Warner , based in Burbank, Calif., also has curbed promotion of the movie, one of the year's most anticipated.

Warner Bros. canceled its Paris premiere and some network TV spots were pulled, people familiar with the situation said. The studio also scrapped plans for events in Tokyo and Mexico City, the Los Angeles Times reported, citing a person familiar with the matter.

Paul Dergarabedian, president of Hollywood.com Box-Office, estimated the total from July 20 at as much as $80 million. Both said projections are difficult because of the unprecedented circumstances.

At the AMC Empire 25 theater on 42nd Street in New York Saturday night, police were posted outside as moviegoers stood in line for as long as two hours for the 6:20 p.m. show.

"We bought the tickets four days ago, we're excited about it," said Lauren Perciballi, 26, the first person in line. "I felt horrible about what happened in Colorado, but I don't think I would change my plans, it just scared me a little bit."

Ms. Perciballi and other patrons said they were being more cautious in light of the violence, and had some concern about copycats. She and her companion, Luis Sanchez, 25, said they arrived early because they expected metal detectors or police to be searching patrons.

"I'm not worried, I'm very upset," said Sidney Stroman, 48, with his children, Justin, 14, and Jordan, 9. "But I am going to sit near an exit, just in case. I don't want to be stuck in the middle of a theater and get trampled over."

In the film, Batman comes out of retirement to battle Bane, a powerful villain who incites class warfare in an attempt to take control of Gotham .

TV ads show a masked Bane declaring his plan to "liberate" Gotham City and explosions that destroy a football stadium. Bane is also seen confronting Batman on the streets of Gotham .

The film features a grim and despairing tone.

Set eight years after "The Dark Knight ," Wayne is hobbled by his many injuries from previous battles and is facing financial ruin with the near collapse of his Wayne Industries empire. Bane's populist appeal to pit rich against poor prompted some critics to draw comparisons to the "Occupy" movement.

The shooter in Aurora wore a gas mask, similar to a mask worn by Bane in the film, and tossed tear gas into the auditorium before firing at 12:30 a.m., according to witness accounts. James Holmes, 24, was arrested later in the parking lot of the shopping mall that housed the theater.

Bloomberg News
View all articles by this author