Ain't No Water in the Well: Turner's UEFA Deal Drains the Last of the Sports Rights Market | Ad Age
Skip to main content

Ain't No Water in the Well: Turner's UEFA Deal Drains the Last of the Sports Rights Market 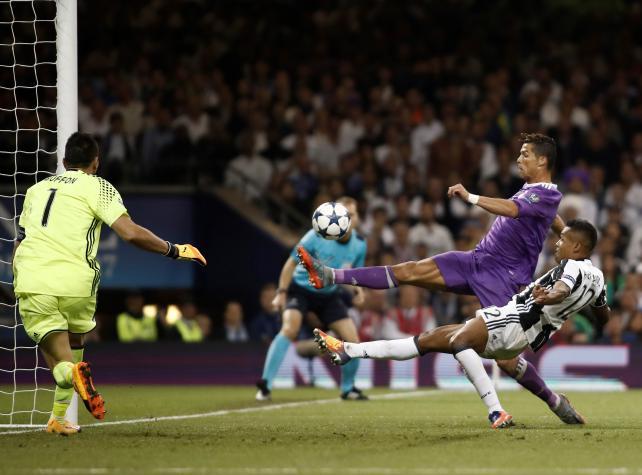 Turner Sports on Tuesday became the latest programmer to kick the tires on an over-the-top streaming service, announcing that it will introduce a new venture next fall in conjunction with UEFA Champions League. In boosting the English-language license to the annual European soccer tournament from Fox Sports, Turner not only has set itself up with live content around which to build its OTT offering, but has effectively cleaned out the sports-media rights cupboard in the bargain.

Turner began negotiating for the UEFA package this winter, but the deal was finalized just a few weeks ago. Insiders say that Turner outbid incumbent rights holder Fox, as well as BAMTech, the Walt Disney Co.-owned digital-media company spun off from MLB Advanced Media, in a multi-year pact worth around $60 million. NBC Sports is also said to have had its feelers out in the early going, but its bid was never competitive with those submitted by the other suitors.

Separately, Univision in May announced it had scooped up the Spanish-language U.S. rights for the UEFA portfolio in what people with knowledge of the negotiations say is a three-year, $100 million deal.

The decision by Turner, a Time Warner subsidiary, to create a streaming sports service makes it the third network group to make such an announcement in the last two weeks. On Aug. 7, CBS Corp. Chairman-CEO Les Moonves told investors that the Eye Network would introduce a standalone streaming sports offering at an unspecified date. Disney followed suit the following afternoon with a teaser about a direct-to-consumer sports service that will get off the ground in early 2018.

Per the terms of Turner's UEFA deal, the company will produce 340 live matches per year, with approximately 280 earmarked for streaming and the remainder airing on one of Turner's traditional cable TV networks -- TNT, TBS or TruTV. Pricing and a brand name have yet to be determined.

While UEFA has never generated massive stateside TV ratings -- Real Madrid's 4-1 win over Juventus in the June 3 Champions League final drew 1.8 million viewers and a 1.0 household rating on Fox -- Turner is banking on a surge of interest from hardcore soccer fans who won't be able to access the tournament games anywhere else. The timing of the venture also could very well work in Turner's favor, as fans' appetites for international soccer should be at a fever pitch when the OTT service kicks off. (As it happens, the qualifying rounds for the 64th season of Champions League play will begin as the 2018 FIFA World Cup closes out in Russia; in other words, the pump should be well primed by the time the European tournament gets underway in the fall.)

What's left?
For TV networks looking to kick-start an OTT sports service, niche offerings are likely to be the default option in the near term. Simply put, available rights packages are few and far between; between now and 2019, the only high-end packages that are set to expire are the Verizon IndyCar Series (currently shared by ESPN and NBC), Fox's UFC showcase and the CBS/Turner PGA Championship.

But even the pickup of one of the aforementioned options won't necessarily have an impact on the nascent OTT landscape. For example, should Fox decide to re-up with UFC -- the network's seven-year, $800 million pact with the league ends in 2018, and its exclusive window to negotiate a new pact opens later this year -- it appears unlikely that live bouts would serve as a foundation for a Fox OTT product. UFC already operates its proprietary "Fight Pass" service, for which it charges fans between $7.99 and $9.99 per month for exclusive access to live fights, a 24-hour streaming channel and on-demand library content.

Nor is there any concrete evidence that Fox is particularly interested in spinning off a standalone OTT sports service. The first broadcast network to offer streaming of its primetime entertainment programming, Fox already offers a ride-along live service by way of its Fox Sports Go app.

If there isn't much in the way of big-ticket sports content up for grab at the moment, there's arguably no end to the sort of ultra-niche fare championed by small pockets of enthusiasts. Trouble is, none of the low-end stuff (surfing, lacrosse, rodeo, etc.) is sturdy enough to serve as a foundation for a standalone OTT platform … and those that are on the market tend to get scrounged up by digital powers like Facebook and Twitter. In March, for example, the House That Zuckerberg Built signed a one-year deal to stream World Surf League competition on Facebook Live. Just a few days later, Twitter announced it had added the National Lacrosse League to its live-streaming roster.

One package to keep an eye on this year is the current "Thursday Night Football" TV configuration, a three-hander shared by CBS, NBC and NFL Network. The deal expires at the end of the upcoming NFL season, which coincides with the conclusion of the league's audition with its third streaming partner, Amazon Prime. (Yahoo in 2015 booked a one-off deal to live-stream a mid-season Bills-Jaguars skirmish, and Twitter the following spring landed the "TNF" simulcast gig.)

NFL online
If it's unlikely that the NFL will yank its Thursday night showcase from the airwaves altogether -- the NBC and CBS "TNF" broadcasts were the season's No. 2 and No. 3 highest-rated TV programs among adults 18 to 49 -- at least one of the league's most influential owners has said that football's future lies in OTT. Earlier this summer, New England Patriots owner Robert Kraft told a Cannes Lions crowd that "over-the-top is a great opportunity" for the NFL, which like every other TV-dependent phenomenon, is losing a portion of its potential audience to cord-cutting, video games and what may be described as a sort of "Millennial Drift."

Thus far, the NFL-sanctioned streaming options haven't cannibalized the linear TV broadcasts. Per Nielsen, the 10 "Thursday Night Football" games broadcast last season (five on NBC, five on CBS and all simulcast on NFL Network) averaged 15.9 million viewers and a 9.6 household rating. By comparison, Twitter's simultaneous live-streams of those 10 games managed to eke out an average audience of 275,400 viewers per minute. In other words, the Twitter viewership was a little less than 2% of the traditional TV deliveries.