Scatter Prices Are 'Robust,' but Economic Fears and Other Factors Linger
READ THIS NEXT
TV Upfronts and NewFronts 2021 Calendar 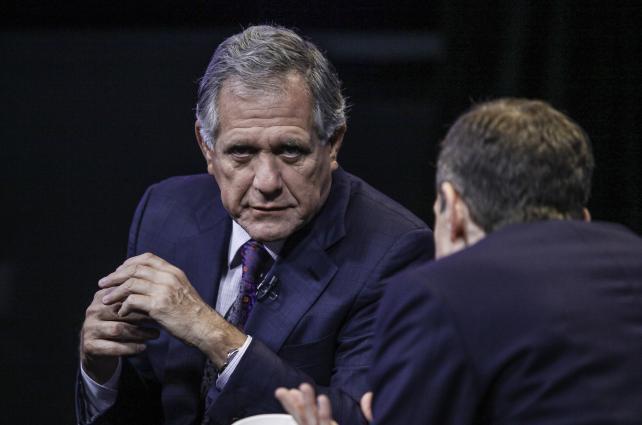 If the prophecies made by TV executives on earnings calls this week are to be believed, we are in for the most lucrative upfront marketplace in at least several years.

Heading toward the summertime negotiations when TV networks will look to sell a bulk of their ad inventory for the fall season, the overriding sentiment from some of the biggest broadcast and cable programmers is that a healthy scatter environment will translate into a vibrant upfront market.

But while "scatter" inventory, advertising that's sold closer to air time, is certainly strong, there's a debate over whether that strength is driven by pure demand or due to a lack of inventory as a result of ratings shortfalls.

And then there's the over-hanging worry over the potential for a mild recession. Even if a recession doesn't arrive, the fear of one could be enough to dampen marketers' enthusiasm for committing to plans far in advance.

Still, a chorus of TV executives spent the week lauding the advertising market.

"Advertising is as robust as we've seen in a long time," CBS Chairman-CEO Leslie Moonves said during the company's earnings call on Thursday evening.

CBS posted an 8% increase in network ad revenue in its fourth quarter.

Echoing other TV executives' remarks earlier in the week, Mr. Moonves said scatter pricing was "way up" over what marketers paid for commercial time in last year's upfront. "A guy who bought ads on CBS in October paid nearly 20% more than he would have if he would have bought from us in July," he said.

And that fact "will be fresh in the minds of buyers as they approach this year's upfront," Mr. Moonves added. As a result, he predicted that ad rates for the 2016-17 season will be "substantially higher" than those negotiated last summer for 2015-16.

Viacom CEO Philippe Dauman also noted scatter pricing is up, about 20% higher than last year's upfront. "That bodes very well for the upcoming upfront," he said.

"The strength of scatter all throughout 2015 means that if you sat out the upfront, you paid for it in the scatter market," said John Martin, CEO of Turner, during parent Time Warner's earnings call. "So we're looking ahead, and we think all indicators would seem to suggest that this year's upfront is going to be particularly strong."

"I think the scatter market is the strongest it's been any time in recent memory," said NBC Universal CEO Steve Burke during parent company Comcast's earnings call. "And the good news is, we're now in February and we're getting closer and closer to the upfront. So I think there are reasons to be optimistic about the trajectory for the upfront process."

Last year's tepid upfront was a function of six quarters of a lackluster scatter market leading into negotiations, said Rino Scanzoni, chief investment officer at WPP's GroupM, the largest buyer of advertising in the world. Because marketers had steadily avoided paying a premium for buying close to the air date, they believed that pattern would continue and held money out of the upfront to spend later in scatter, he said.

Marketers also grew accustomed to the greater flexibility allowed by buying commercial slots as needed instead of months ahead, Mr. Scanzoni added.

The current double-digit percentage uptick in pricing could push some of those marketers back toward more upfront spending. Others will likely shift budgets back to TV from digital over concerns about ad fraud and other waste in the digital ecosystem.

But to say this year's upfront will mark a true recovery could be premature.

One big question is whether the strength in scatter is a factor of a true increase in demand. It might also be the result of tightening inventory due to continuing ratings declines that have required networks to compensate advertisers for shortfalls in the form of "make goods." Every 30 seconds of commercial time that a network has to use to make an advertiser whole is 30 seconds it can't sell in the scatter market. And unless the networks can reverse the ratings trends, at some point they'll have to reflect that by putting less inventory on the table in the upfront.

At the same time, cable networks have realized they need to reduce years of commercial bloat that may be pushing away viewers. Several have taken steps to pare their ad loads.

"Part of the 'strength' is working dollars in the market," said David Campanelli, senior VP-director of national broadcast, Horizon Media. "Part of it is artificial strength because ratings are down and inventory is really tight due to make-goods. So it's not all good news. It's a bit of both. But with the upfront down, we expected a good percentage of that to come back in scatter."

"We do think that national TV should have a good upfront, with low single-digit volume growth and high single-digit pricing," Brian Wieser, senior research analyst, Pivotal Research Group, wrote in a research note. But Mr. Wieser cautioned not to expect national TV to perform much better than the total advertising market, which he predicts will grow between 2% and 3% when you exclude political and Olympic advertising.

And then there's a risk of a recession.

"We are not convinced the upfronts will be as strong as most TV network leaders are predicting," Todd Juenger, senior analyst, Bernstein Research, wrote in a note.