But despite some more positive outlooks in the second half of the year, TV ad sellers admit visibility is still limited
READ THIS NEXT
Watch David Dobrik weep as an old man in video for Dispo, his photo app that banks on nostalgia 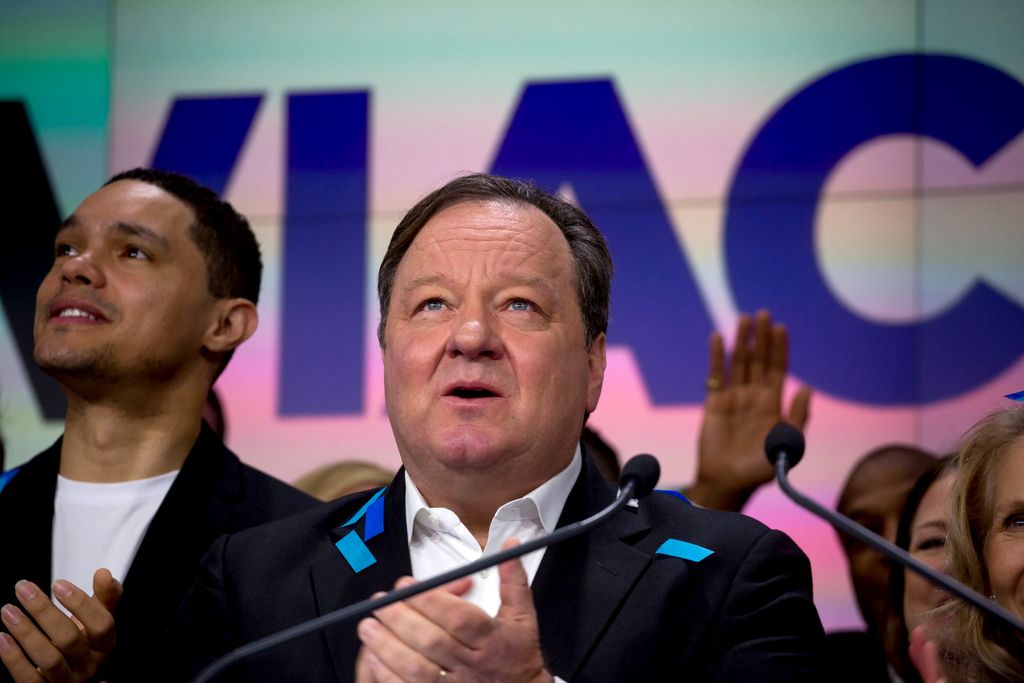 TV companies are a bit more optimistic on the advertising marketplace in their quarterly earnings reports, as live sports return and production resumes on some marquee programs following pandemic shutdowns. For the most part, the media giants reporting quarterly earnings over the past week have shifted the focus to their digital businesses.

ViacomCBS CEO Bob Bakish said on Thursday morning that quarterly ad revenue was better than previously expected, and while ad revenue declined 27 percent, the company expects the second quarter to be the bottom in terms of year-over-year decline. The company said scatter pricing was 20 percent above upfront pricing.

Pharmaceuticals, insurance and financial were among the stronger advertising categories amid the pandemic.

Bakish also noted that the company is “optimistic” that it will have some content ready to go for the fall and expressed similar optimism for the start of the National Football League.

Discovery CEO David Zaslav believes the worst is over. “It feels like the advertising markets have largely bottomed and the worst is behind us,” he said during the company’s earning calls. Though he admits visibility is limited.

Domestic ad revenue at the cable giant fell 14 percent in the quarter to $997 million.

The company announced plans to launch a new direct-to-consumer service in the coming weeks, focused on non-fiction and unscripted content that will serve as an alternative to other streaming services that focus more heavily on scripted programming.

Similarly, AMC Networks predicts third-quarter advertising will be healthy and by fourth quarter “we will be in full swing,” Ed Carroll, chief operating officer at the company, said during its earnings call. By 2021, he is hopeful business will be normalized.

The company is currently in “productive” conversations with all major agencies, Carroll said. While deal-making is certainly moving at a slower pace, he said agencies are “inclined to put their money down” due to tightening inventory concerns. The biggest issue, he said, is not all of agencies’ clients have revealed their budgets, creating a lack of visibility into volume.

AMC Networks reported a nearly 15 percent decline in U.S. ad sales to $187 million, which was impacted by lower spending due to the pandemic, as well as delays in airing the season finale of its biggest original series “The Walking Dead” and premiere of “World Beyond,” another show in the franchise. “Walking Dead” is expected to resume filming for season 11 in mid-October. AMC CEO Josh Sapan previously said quarterly ad revenue would be down as much as 30 percent.

Carroll also noted that the company’s streaming business was ahead of its 2024 guidance of revenue of more than $500 million, and between 5 million and 7 million subscribers.

Fox is banking on the return of the National Football League and college football to help revive lackluster advertising revenue. The company reported a 22 percent plunge in ad revenue in its fourth quarter, to $712 million from $918 million during the same period last year, much of which was due to live sports going dark amid the pandemic.

“We fully expect both college football and the NFL to come back in the fall,” Lachlan Murdoch, executive chairman and CEO, said during a call to Wall Street.

Murdoch’s confidence comes even as the return of Major League Baseball in recent weeks has been marred by multiple cases of COVID-19 which has forced the postponement of some games. There’s also still plenty of uncertainty around the future of the college football season, with UConn announcing on Wednesday that it will not compete during this school year.

One bright spot is Fox News, which Murdoch said has seen “tremendous” demand from advertisers.

Murdoch said upfront negotiations are “very active.” He also noted that Fox will have two new series ready to air in the fall, the science fiction drama “Next” and southern drama “Filthy Rich,” adding that the network’s animated series have been virtually unaffected by the pandemic. He is also hopeful that Fox will be able to deliver a new season of the reality singing competition “The Masked Singer” in the fall.

Political advertising is also pacing 50 percent ahead of the same period four years ago, Murdoch said, which has provided a boost for local stations.

Roku doesn’t expect total TV ad spend to recover to pre-COVID levels until well into 2021. While the streaming platform believes it can still grow its ad business, it won’t be to the same levels the company predicted before the pandemic hit, Roku said in its earnings report.

“As economic pressures caused advertisers to further re-evaluate how much and where to invest media dollars, Roku delivered strong growth in our ad business, particularly relative to the overall TV ad market that was down,” the company said in a shareholder letter on Wednesday.

Unsurprisingly, categories like tourism, travel and dining have slowed the most in ad spending.

There were few bright spots in Disney’s earnings report, as the shut down of its theme parks during the quarter due to the pandemic led to a 42 percent decline in revenue to $11.8 billion and a net loss of $4.5 billion compared to a profit of $1.7 billion in the year-ago period.

ESPN ad revenue continued to be down significantly due to the absence of live sports. Assuming live sports resume as planned, the company expects ESPN’s ad sales in the fourth quarter to benefit significantly, particularly from the National Basketball Association.

One of the only areas of growth in Disney’s quarter was its streaming business, with Disney+ hitting 60 million subscribers. The company announced that its long-delayed live-action version of “Mulan” will be available on the streaming service from Sept. 4 as a pay-per-view option for a $30 fee.

Last week, NBCUniversal said during its earnings report that it's seen 10 million sign-ups for its Peacock streaming service since it debuted nationally on July 15.

NBCU CEO Jeff Shell said the company is optimistic about the second half of the year and expects to see an uptick in TV ad sales going into the fall as more live sporting events and scripted programming return.

“While the advertising market was hit hard, it is coming back more rapidly than we anticipated, and the upfront is now in full swing,” Shell said. “We believe we can get our scripted production going again later this summer, and when combined with sports that are returning, we will have a schedule full of fresh and compelling programming on our various platforms in the fall.”