NEW YORK (AdAge.com) -- Noticed more ads before midnight on David Letterman's late-night show? That's you, the viewer, feeling the effects of the new way that the networks and their advertisers are measuring the TV audience. 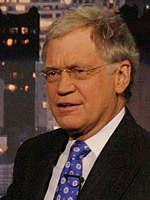 David Letterman
Credit:
Jeffrey R. Staab
The quest for better ratings has prompted two broadcast networks to revamp the way they run ads during their flagship late-night programs, the latest sign of how the TV industry's shift to the audience measure known as commercial ratings, or what is being called "C3," is prompting tweaks and alterations to the viewer experience.

At Walt Disney's ABC, the first segment on "Jimmy Kimmel Live" has been shortened somewhat, as a result of the program's first commercial break running earlier. "A couple of :30s have moved into the first half-hour where they weren't" previously, said Doug Hochstadt, ABC's VP-late night sales.

Aiming for visibility
At CBS's venerable "Late Show with David Letterman," the network has made "tweaks," said Marty Daly, senior VP-director, news and late-night sales. Those changes place a first ad break "in and around" 11:47 p.m. -- about 12 minutes into the program -- and a second break at around 11:56 p.m. Previously, that latter break could have appeared after midnight.

"You have to look at the timing of your commercials and place them where the consumers are. You just have to," Mr. Hochstadt said.

The TV industry's move to commercial ratings, which was solidified last year, now means most networks are judged on how many viewers watch not only their programs, but the commercials that interrupt them. Known as "C3" because they include as much as three days' worth of people who may watch shows via DVR and not skip the ads, the ratings have not only prompted networks to play around with their ad breaks, but in some cases to tweak how their programs run.

"Ultimately, programming is as involved in this as much as any of us are," said Suzanne Kolb, exec VP-marketing and communications of Comcast Corp.'s E! and Style networks. At E!, executives have tested a raft of experiments, she said, including having more frequent but shorter ad breaks; running an E! news ticker over selected commercials; running sweepstakes in which viewers are told to look for a code during breaks; and cutting out traditional promos but having talent discuss E! programs during a show. In some cases, Ms. Kolb said, "some of the producers have had to deal with a change in break structures."

Beaten to the punchline
While the advent of commercial-ratings dictates changes, it's not easy to play around with programming. CBS learned this last summer, when it tested some new commercial-ratings maneuvers on its "Late Late Show With Craig Ferguson." In July, Mr. Ferguson made the topic part of his monologue, telling viewers he had to stop talking for a while because CBS had decided to place an ad break earlier in the program. The host typically opens "The Late Late Show" with a longer story, but instead paused and explained to viewers that a commercial would appear sooner than usual.

Viewers protested, even though CBS was just experimenting. During a subsequent show, Mr. Ferguson said he and CBS realized that "a commercial break, obviously, three minutes into the show is not a good idea. It seems to be like most of my relationships. I'm done after about three minutes -- you seem to want more."

While the viewers may not always like it, the TV industry will be trying more of these experiments, and some may well become permanent. "We've just barely begun to see the changes," said Lee Hunt, an independent media consultant who works for TV networks. The need to generate substantial audiences for ad breaks is "turning the entire economic model inside out," he said.

Boundaries blur
Some of the efforts resemble pastiches of program content and ad messages. Viacom's VH1 and MTV have experimented with "pop-up" comments on commercials; a version of "Best Week Ever" called "Best Night Ever" made to be placed in a single commercial break; and a small picture of action going on "TRL" or "Jackass" while ads play on the screen. Viewers seem to "understand why we're doing it," said Sean Moran, exec VP-sales, MTV and VH1. Even so, he added, "there's got to be an entertainment value for them" when networks play around with how advertising runs.

In several cases, networks must work hand-in-hand with the talent that get the shows on air. CBS has worked "very closely" with Worldwide Pants, David Letterman's production company that owns both of the network's late-night franchises, said Mr. Daly. A Worldwide Pants spokesman said producers of both programs declined to comment on changes in commercial breaks. ABC worked with the producers of "Jimmy Kimmel," one of whom happens to be Mr. Kimmel himself.