The rise of ad blocking online has worried marketers and web publishers alike, but even TV networks are having to confront the disruptive technology as it strips commercials from their streaming video players.

Consumers can install AdBlock software on their Chrome web browsers, for example, to eliminate both pre-roll and in-show commercials from full episodes of network shows on NBC.com, ABC.com and Fox.com.

There's no clear indication of just how much video ad inventory is being erased from TV sites by ad blockers, but the threat is meaningful enough that networks are doing their own research and formulating game plans.

"It's a very important issue and something we are looking at very closely right now," one TV executive said. "We are currently running tests to see the impact on the digital business."

CBS Interactive has been assessing ad blocking since "before it became a hot topic," according to David Morris, chief revenue officer, CBS Interactive.

CBS.com began blocking the blockers in 2013, preventing visitors using the software from streaming episodes of shows. "This video is unavailable because we were unable to load a message from our sponsor," the CBS player tells would be ad-blockers. "If you are using ad blocking software please disable it and reload the page."

Consumers see a similar message if they try to block ads on Hulu, the service owned by Walt Disney Co., NBC Universal and Fox.

CBS Interactive sites fall in line with industry estimates for ad blocking more broadly, Mr. Morris said, with anywhere from 5% to 40% of users arriving with ad blocking software. And despite a crescendo of attention to the subject, the problem hasn't become more prevalent for CBS sites this year.

But CBS Interactive is also working with three ad-tech firms to track ad blocking and even develop ways to overpower it.

Other networks and web publishers ought to be doing the same, Mr. Morris said. "The trend in ad blocking is a concern for all publishers -- video, display or any others," he said. "We need to address this as an industry."

More content producers should insist that consumers let them serve ads, said Eric Franchi, co-founder of the ad network Undertone, in an email newsletter on Friday. "What if those publishers asked consumers to whitelist them in order to be able to access content," he wrote. "This would be a flight to media quality. An old colleague of mine used to call it 'media that matters.' Publishers whose content is unique and matters enough to consumers to be whitelisted naturally survive and in fact thrive in this scenario."

Other TV networks are instead exploring a variety of responses. Though ABC is monitoring ad blocking technology, its larger focus is to protect both the user experience and its ad partners, a network spokeswoman said. 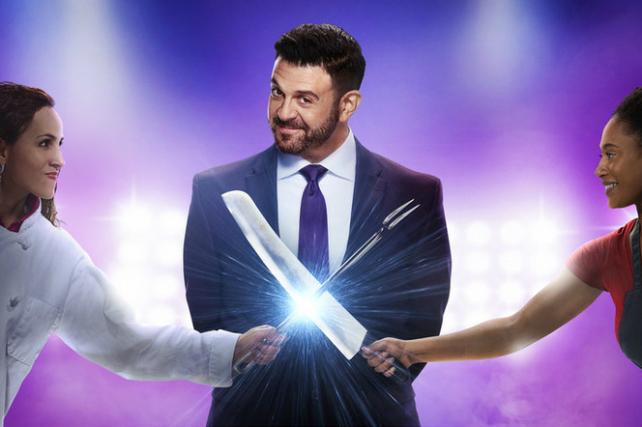 "While ad blocking impacts browser-based viewing, the vast majority of ABC on-demand viewing occurs across app, connected TV and set-top box platforms, which are not materially impacted by ad blocking," she said.

Fox isn't trying to impede ad blocking per se, but it is exploring ways to serve marketers regardless.

"We are definitely looking at different ways to address the issue," said Joe Marchese, president-advanced ad products, Fox Networks Group. "We are evaluating what we want our response to be. But before we say no, you can't watch a show, we want to be able to provide viable options."

One such option is to experiment with new ad models that consumers might better accept, giving them less motivation to install ad blockers in the first place.

Since acquiring the ad-tech firm TrueX, which Mr. Marchese founded, in December, Fox has been testing ways to limit its commercial load on its digital platforms. Most recently, it introduced a commercial-free opportunity in "MasterChef Jr." in partnership with the California Milk Advisory Board. The sponsorship allows viewers to interact with a 60-second ad at the start of the show and watch the rest of the episode sans commercials.

Mr. Marchese said the "MasterChef Jr." partnership is an example of one way the industry can combat ad blocking.

"The reason people are using ad blockers has a lot to do with the advertising ecosystem digitally," he said. "We can block the ad blockers, but technology always finds another way. It isn't a long-term solution. It's incumbent on us to find better answers and fix the relationship."

An NBC spokeswoman declined to comment on the company's ad-blocking strategy. A Hulu representative did not respond to a request for comment.