Viewer fragmentation, on-demand streaming video platforms and threats from cable companies to prune under-performing networks didn't stop new channels from popping up in 2013, including a sports channel with visions of taking down the leviathan that is ESPN.

Most of the newcomers got their slots on the program guide either by taking over a failing channel, as Pivot and Al Jazeera America did, or taking advantage of Comcast's promise to add minority-owned networks, a condition of government approval for the company to buy NBC Universal.

"In general, operators have never been less interested in launching new networks, as they have neither the bandwidth nor the margins to absorb them," said Cathy Rasenberger, a cable consultant who helps new networks get established. "Moreover, operators argue that there are no remaining underserved audiences on TV, and that new video product will not help them move the dial versus the competition."

Still, the rewards for success can be great, and it looks like there are several more new channels in the works for 2014, including the long-discussed WWE Network and the college-sports SEC Network.

Here's a look at the networks that joined the cable grid in 2013, and what to watch for in the New Year.

It's aiming in particular at the elusive upscale man, metropolitan and educated, or as Esquire Magazine President David Granger calls them, "the high-normal American male."

Introduced in September as a replacement for NBC Universal's Style Network, Esquire currently airs a mix of original reality series like the cooking competition "Knife Fight" and the style series "How I Rock It," hosted by former NBA player Baron Davis; magazine-inspired specials like "Women We Love" and "Best Bars in America"; and reruns of off-network programs like "Parks and Recreation."

NBC Universal had originally intended to flip its video gaming-centric G4 into Esquire but changed course at the last minute, calculating that it had too many networks aimed at women and not enough aimed at men. The company has not indicated, however, what the future holds for G4.

Esquire's programming strategy has been aggressive for an infant channel, with plans to premiere 15 to 20 original series, all of which fall under the category of nonfiction lifestyle and entertainment, throughout 2014. But Esquire may need to get into scripted programming to get the viewers it wants. (Are men really going to tune in for an unscripted series about pee wee football?) 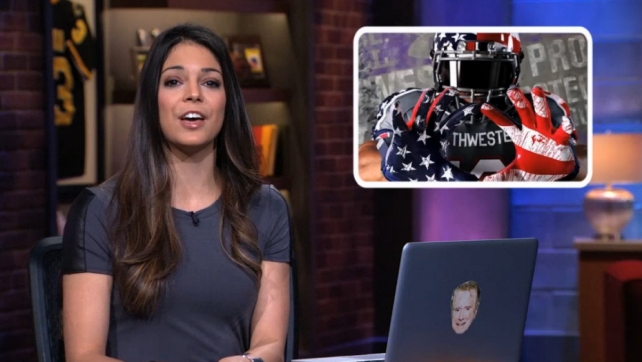 Fox Sports 1
Advertisers have been itching for an alternative for ESPN for years. And while Fox Sports 1 may not yet be a true challenger to the behemoth, it is starting to build the foundation.

The sports network, which replaced the Speed channel in August, has had a slow start, with few major live sporting events to draw viewers. And lackluster ratings forced it to offer advertisers "make-goods" in high-profile programming like the World Series and college football on broadcast sibling Fox.

Fox's upcoming broadcast of Super Bowl XLVIII also presents an opportunity to heavily promote FS1 on broadcast air, through events and with additional coverage on the cable channel.

Advertisers seem willing to give the network time to grow, and in the interim, are pleased with the high-quality inventory they are getting when FS1's ratings fall short.

Revolt
Arguing there's still a place for music TV, rapperpreneur Sean "Diddy" Combs hopes Revolt will be the MTV for a new generation.

The channel began in about 30 million Comcast and Time Warner Cable households in October with a mix of music videos and music and pop culture news. It recently aired a Mary J. Blige Christmas special, and will introduce "The Breakfast Club," a morning radio show from Clear Channel, next March.

There will be additional programming announcements early next year, but Mr. Combs has said he intends to stay true to music, promising not to stray into broader entertainment programming.

In November, Revolt introduced its website, Revolt.tv, which the channel hopes will be part of a cohesive experience across platforms rather the afterthought that's more typical of cable sites. Mr. Combs also wants to make Revolt a brand for the fans, by the fans, so it allows viewers to submit content that could appear online and on-air.

Just how millennials are responding to the channel remains a question because the network is not yet rated by Nielsen. Smaller fledgling networks that are not distributed nationally often don't pay to get Nielsen ratings, since the numbers are often negligible anyway. There's also a reason that MTV moved from music videos to broad-based reality and scripted series. 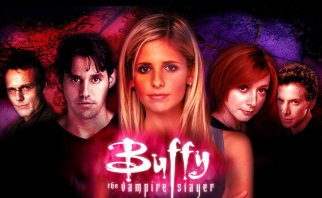 'Buffy the Vampire Slayer,' coming to Pivot in January

Pivot
Pivot is also looking to tap into the millennial viewer, but by appealing to social-consciousness.

Introduced in August by Participant Media, the film and TV production company behind films like "An Inconvenient Truth" and "Lincoln," Pivot is currently in about 40 million homes.

Looking to 2014, Pivot will premiere "HitRecord on TV," a half-hour variety show featuring short films, music, animation, and live performances, from Joseph Gordon Levitt, as well as its first scripted drama, "Will," a take on William Shakespeare.

The network also recently acquired the syndicated rights to "Buffy the Vampire Slayer" and "Veronica Mars," which it will run in a nighttime "Women Empowerment" programming block, as Pivot put it.

So far, one big sponsor on Pivot has been the job-search site, Monster.com. As part of Monster's Cool Jobs Program, Pivot hired a new associate producer for "Take Part Live."

Pivot is not yet rated by Nielsen, which takes some of the initial pressure off but makes it tougher to sell to advertisers. But the network could be attractive to marketers looking to build awareness around their social initiatives, rather than selling a product. 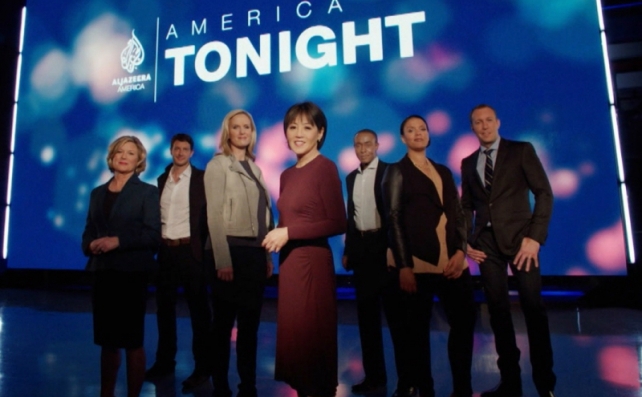 The network is averaging just 18,000 viewers in prime time, numbers low enough to be considered "scratch," or negligible by Nielsen. Al Jazeera America has lost about half the audience of its predecessor Current TV.

But a recent deal with Time Warner Cable, which will bring the network's distribution to 55 million households in big markets like New York City and Los Angeles, is an important step in the right direction.

Still, ratings aren't the primary immediate concern for Al Jazeera America, which is backed by the government of Qatar; its first concern is alleviating concerns that the network will promote Middle Eastern interests. Advertisers have been reluctant to buy into the network, and outside of Procter & Gamble's Gillette, most have been direct-response advertisers.

Al Jazeera America has said it is strategically offering a reduced commercial load with about six minutes of commercials an hour, compared with 15 minutes of ads on competitive networks.

While Al Jazeera America insists there's a place for a cable news network that reports just the facts with no slant or fluff, ratings in the space tell a different story. Just look at CNN, the closest thing to straight news in recent years. The network has been falling behind the right- and left-leaning analysis and round-table debates that have been succeeding for rivals Fox News and MSNBC.

Fusion
A collaboration between ABC and Univision that began in October, Fusion is a news and lifestyle channel targeting millennials.

Originally geared toward English-speaking millennial Hispanics, Fusion decided to go in a different direction in the weeks leading up to its premiere, taking a broader approach to millennials with hard news, news satire, sports and commentary. While it gives a nod to Hispanics, it's not the overwhelming focus.

Its plan to win share involves infusing comedy and "irreverence" throughout programming like "Sports Talkers" and "No You Shut Up," from David Javerbaum, former executive producer and head writer for Comedy Central's "The Daily Show."

Familiar faces like Univision anchor Jorge Ramos and Los Angeles broadcaster Leon Krauze lead Fusion's prime-time block of news; "The Morning Show" runs from 7 a.m. to 9 a.m. weekdays; and on weekends, there's a mix of documentaries and originals like "Strange Medicine," a 12-part quest to find the strangest cures and most exotic medicines from around the world, and "Back Home," which follows different taste-makers each week as they travel to their families' home countries.

Fusion will likely benefit from combined backing of its parent companies, media behemoths with extensive avenues to promote their new network. If anyone can break through the clutter in Fusion's core concentrations, media buyers agreed, it's a network with the backing of Disney and Univision.

Fusion is not rated by Nielsen.

FXX
Fox Networks created FXX in September as a home for younger-skewing comedies, while making FX a place for adult-skewing dramas. To that the parent company shifted comedies like "It's Always Sunny in Philadelphia" and "The League," along with (recently-canceled) late-night talk show "Totally Biased With W. Kamau Bell," to FXX from FX at the start.

FXX, which is in about 74 million households, will also carry syndicated comedies like "Arrested Development," "Mike & Molly" and "Parks and Recreation." It is averaging 139,000 total viewers in prime-time, more than the channel it replaced, the little-seen Fox Soccer Channel.

But FXX's biggest coup came in November, when it acquired the exclusive cable rights to "The Simpsons." The deal, which is reportedly valued at more than $750 million, is the priciest syndication deal in history and the first one to include full digital rights.

The network intends to stack episodes in blocks of six to eight and may organize them in themed nights. It will also make the series available on demand through the network's planned FXNow mobile application.

FXX will need more than "The Simpsons" to become a major player in the space, but the iconic cartoon should at least help get viewers to sample the network.

El Rey
El Rey is the newest channel to hit the cable grid, starting on Time Warner Cable and Comcast the week of Dec. 15.

The network, from filmmaker Robert Rodriguez, targets English-speaking Hispanic millennials. Mr. Rodriguez, who is known for films like "El Mariachi" and "Desperado," saw an opportunity to create a channel geared towards this audience as demographic trends shift from foreign-born, Spanish-dominant Hispanics to U.S.-born Latinos who are growing up as English speakers. Early original programming will include an adaptation of "From Dusk Till Dawn" where the lead character is Hispanic.

El Rey won carriage as a result of Comcast's promise to create several channels owned by minorities as part of its deal to take over NBC Universal and has the backing of Univision. But, like Fusion, El Rey's targeting of Hispanics will be subtle.

General Motors is an initial sponsor of the network, with its cars set to appear in "From Dusk Till Dawn" as well as other programs.

El Rey has declined to say how many homes it is distributed in, but says it expects to reach 40 million by next year.

While the demographics surely support English-speaking Hispanic networks, there are already others vying for the demographic, including Nuvo TV and Telemundo's Mun2, which airs programming in both Spanish and English.