ABC, Fox and other networks have filed suit against Aereo Inc., arguing that its service that allows subscribers in New York City to watch broadcast TV on computers and smartphones violates copyright laws. 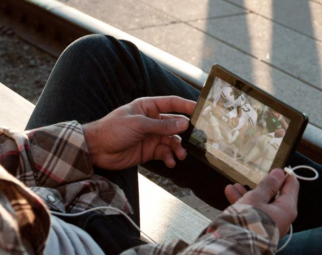 In two separate complaints filed Thursday in federal court in Manhattan, the networks said Aereo has no right to any of the programs that it offers through its subscription-only internet service, scheduled to start March 14.

"Although other distributors, including cable and satellite operators and telephone companies, pay to retransmit the same programming, Aereo's business is based on circumventing the carefully balanced distribution system mandated by congress," the networks said. "That is infringement."

Aereo, based in Long Island City, New York, is backed in part by Barry Diller's IAC/InterActiveCorp. The Aereo service lets its subscribers access network TV broadcasts and local stations on web-enabled devices with a remote antenna and digital video recorder. The company's membership fee is $12 a month.

"Aereo does not believe that the broadcasters' position has any merit and it very much looks forward to a full and fair airing of the issues," the company said in a post on its site. "Consumers are legally entitled to access broadcast television via an antenna and they are entitled to record television content for their personal use."