By the Numbers: Sports and Other Live Events Crowd Out Scripted Series in TV's Year So Far | Ad Age
Skip to main content

By the Numbers: Sports and Other Live Events Crowd Out Scripted Series in TV's Year So Far 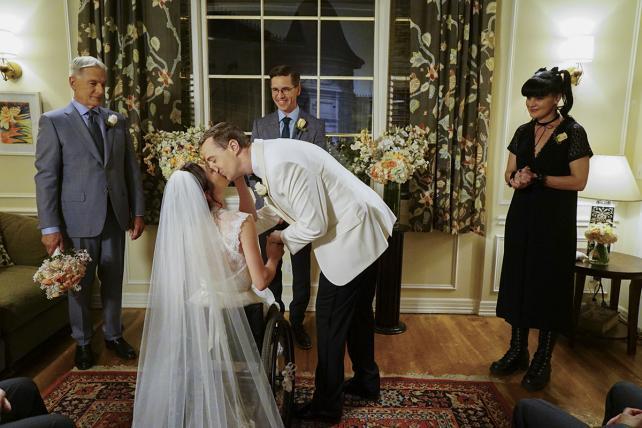 'NCIS' is TV's most-watched scripted show, though not the most desired by advertisers.

Live events dominated the first half of the TV calendar, as top-tier sports, award shows and political spectacles accounted for all but one of the top 30 most-watched programs on the tube since the year began.

According to the Nielsen ratings data for the first 29 weeks of this latest trip around the sun, the year that began with the inauguration of the first reality-TV president has been a case study in the sovereignty of the Big Event. For advertisers, sports continued to justify its high cost of admission across a handful of networks, while the smattering of scripted programs that still put up huge numbers were more or less confined to a single broadcaster.

Despite all the teeth-gnashing over last season's NFL ratings declines, the playoffs and Super Bowl all but owned the upper reaches of the top 50 chart, ceding ground only to a trilogy of broadcasts related to the peaceful transition of power in Washington, D.C., and an Oscars ceremony that closed out on a memorably bizarre note. All told, the NFL laid claim to 17 of the most-watched/highest-rated broadcasts since the year began, a roster that includes each of the league's 10 playoff games and four terminal regular-season contests that were played on Jan. 1.

Also drawing a crowd were college sports' two most storied championships -- the Clemson Tigers scored three touchdowns in the fourth quarter to knock off Alabama and secure their first national football title since 1981, while North Carolina smashed perennial Cinderella Gonzaga's glass slipper en route to taking the school's sixth Men's Div. I basketball crown -- and a shorter-than-anticipated third NBA Finals showdown between the Cavs and Warriors. The latter series, which took just five games to decide, was the most-watched NBA Finals in 19 years.

Other sporting events that scared up outsized live audiences include the Final Four on CBS, an Elite Eight matchup between basketball royalty Kentucky and UNC, the 103rd Rose Bowl (ESPN) and the Kentucky Derby on NBC.

Toward the lower reaches of the list, sports gave way to two of the veteran scripted series that have helped make CBS the most-watched network for nine straight seasons. Of the 14 first-run episodes of "NCIS" that aired since New Year's Day, nine installments landed in the top 50, while "The Big Bang Theory" accounted for four of the year's biggest scripted draws.

The price of youth
Headed into its 15th season on CBS, "NCIS" is TV's most-watched scripted show, with an average draw of 14.6 million live-same-day viewers -- although many of those who tune in on Tuesday nights have aged out of the network's target demo. "NCIS" last season averaged 3.24 million adults 25 to 54 per episode; as such, 78% of the show's fans can't be counted among CBS' dollar demo (i.e., the group it sells to advertisers).

The younger-skewing "Big Bang Theory" attracted 14 million viewers but is far more efficient for advertisers looking to reach consumers in that 25-to-54 target. It averaged 5.41 million advertiser-coveted viewers per week, which works out to be a hair under 40% of the show's total audience.

The discrepency between the "Big Bang" crowd and the "NCIS" fan base goes a long way toward explaining why one show's ad inventory is so much more expensive than the other. Per Nielsen, "Big Bang" is far and away TV's highest-rated non-NFL program among the 25-to-54 set, which would seem to justify its average unit cost. Media buyers said they paid about $286,000 for each 30-second sliver of time in "Big Bang" during the 2016-17 upfront, or just about double the going rate for a spot in "NCIS," which last season averaged a 2.7 in the demo. "Big Bang" got a 4.5.

In keeping with the theory that Super Bowl lead-ins don't really do much to ensure the long-term prospects of a new or returning show, Fox's "24: Legacy" didn't so much as earn a second season. Despite premiering after the only Super Bowl in history to require an overtime period, Fox's "24" reboot drew just 17.6 million viewers, making it the least-watched Super Sunday show since ABC's "Alias" averaged 17.4 million viewers in 2003. As the Super Bowl LI post-game show averaged 72.8 million viewers, "24: Legacy" effectively squandered 76% of its lead-in.

The top 50 chart will be subject to a number of dramatic revision at year's end, once the full complement of fall NFL broadcasts and World Series games have been entered into the ratings rolls. If the Gods of Baseball are looking kindly upon Fox in October, any combination of the Yankees/Red Sox squaring off against the Dodgers/Cubs in the Fall Classic could result in another ratings triumph, although naturally the series would have to go the distance to come within shooting distance of last year's historic Chicago-Cleveland slugfest. Worst case scenario: the Houston Astros, a team that only three years ago managed to draw a 0.0 household rating in its home market, represents the AL against a small-market club like Milwaukee.

However the World Series shakes out, it's likely that no scripted series episodes will crack the final top 50 for 2017. Odds are, it will take a turnout of at least 20 million viewers for a given episode to make the year-end list; discounting Super Bowl lead-ins, the last time a scripted show put up those kind of numbers was during the 2013-14 broadcast, when "NCIS" hit the mark three times and "The Big Bang Theory" managed it twice.

~ ~ ~
CORRECTION: An earlier version of this article said Alabama's Crimson Tide beat the Clemson Tigers in the 2017 college football championship. That was the 2016 game; Clemson won in 2017.