Maybe she should ask for a commission.
READ THIS NEXT
Billie Eilish stars in a gorgeous rallying cry for the ‘generation that lives online’ 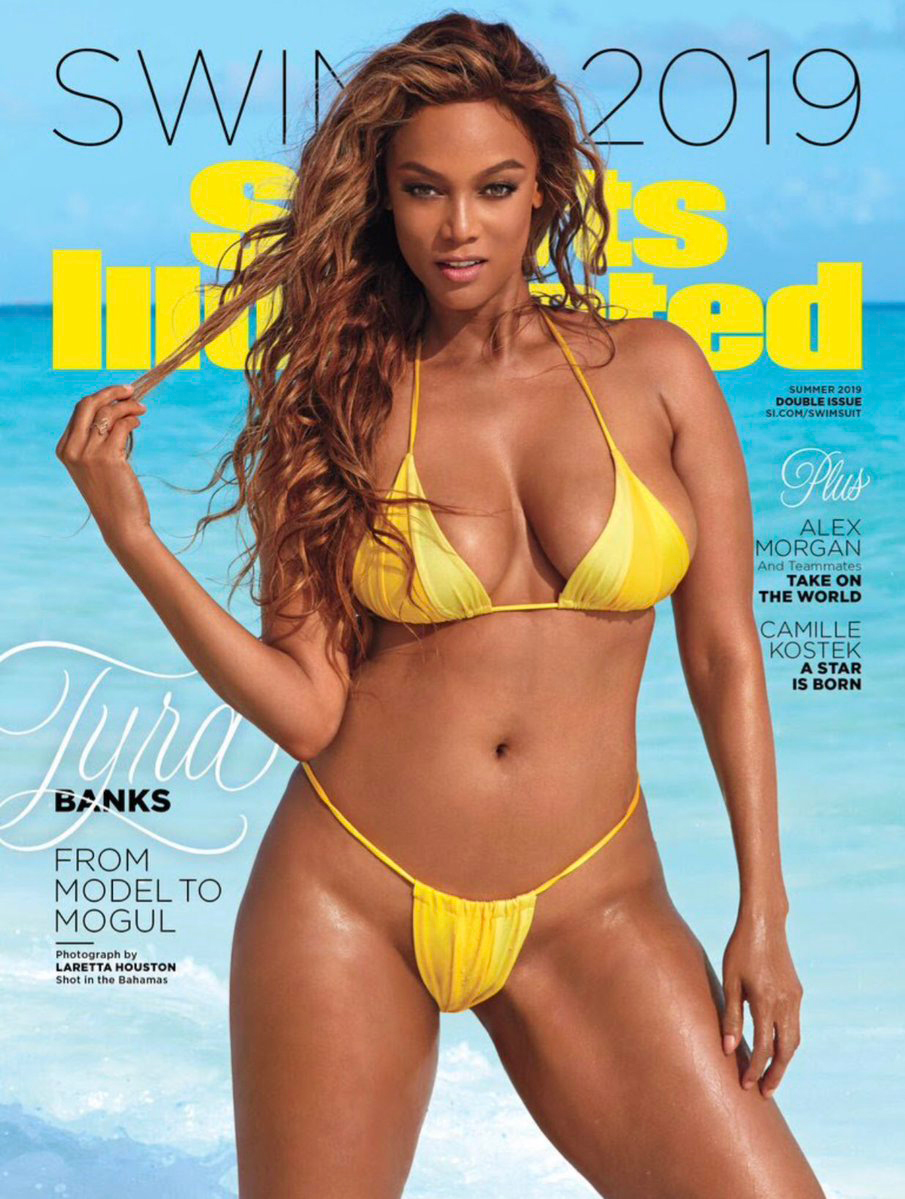 Meredith Corporation officially took ownership of Sports Illustrated when it acquired Time Inc. in January of last year, but quickly made it clear that the hunt was on for a buyer because the iconic glossy didn’t quite fit into its portfolio. Since then, Meredith has offloaded two other Time Inc. titles it didn’t really want—Time and Fortune—and announced that it would shutter the regular print edition of Money.

But SI has been in a sort of limbo. In late April, The Wall Street Journal reported that licensing company Authentic Brands—known for Juicy Couture, Nautica and Nine West—was “a leading contender” to buy SI for “about $110 million.” Since then, though, no further word.

Enter supermodel-turned-media-mogul Tyra Banks, who graced the cover of Sports Illustrated in 1997, and has now returned to front one of the split covers of the glossy’s annual Swimsuit Issue. Banks is likely all over your social feed right now—she’s a global trending topic on Twitter as of this writing—and will surely drive hundreds, if not thousands, of stories across traditional media over the next 24 hours.

Once again, we’re reminded just how much social media buzz still originates, in 2019, with legacy media (see also: TV-obsessed Twitter during primetime). Somewhere inside Meredith, a bean-counter is probably tallying up the “earned media” value of all those Tyra-SI mentions across social and mainstream media. Consider the millions of dollars a marketer would have to spend to buy that kind of exposure.

So what’s been holding up the Sports Illustrated sale? Maybe, just maybe, Meredith has itself been waiting for exactly this moment.