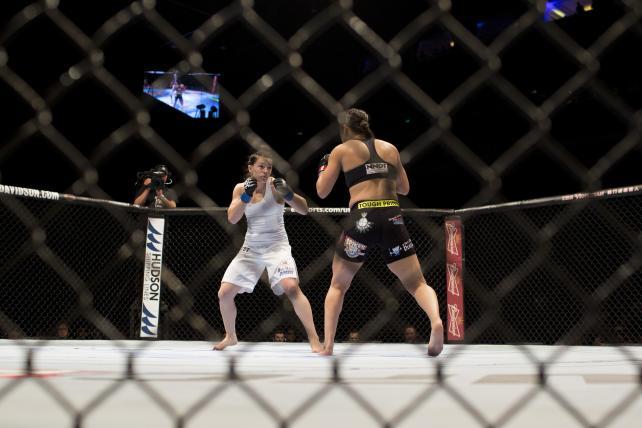 The Ultimate Fighting Championship announced a new deal with ESPN Tuesday, and the terms suggest the demand for sports isn't slowing anytime soon.

The five-year agreement is with ESPN+, the new digital streaming service, and it covers about a third of the promotion's events. At $150 million a year, according to a person familiar with the deal, this portion alone is already more lucrative than the UFC's current all-encompassing contract with 21st Century Fox Inc., which expires at the end of 2018.

In sports and media, this sale has been seen as an early indication of how the decline of traditional cable and the arrival of digital streaming services would affect the market for content. As of now, it looks like the shifting landscape will produce more money, not less.

"We've gone beyond the pay-TV-only era," says sports media consultant Lee Berke. "We now have all these players, from ESPN+ to Bleacher Report, Amazon to Verizon and AT&T, all bidding for rights, and you've got a relatively fixed amount of content. It's Econ 101. There's fixed supply and increased demand. Naturally, rights are going to go up."

The deal also sheds light on how sports properties may make the most of their content by breaking it into pieces. During negotiations with Fox over the last year, the UFC was seeking at least $300 million a year. Fox was unwilling to pay much more than $200 million a year.

Instead, the UFC cut off a piece for ESPN's new, $5-a-month digital streaming service. The deal grants ESPN+ exclusive access to 15 events a year, plus non-live content and the UFC's archive. It'll also put the UFC alongside other ESPN+ content like the National Hockey League, Major League Baseball, PGA Tour and college sports.

Meanwhile, the UFC is free to negotiate with other partners for the rest of its live rights. Those include 12 pay-per-view events, 12 pay-per-view prelim events (being offered separately in this round of talks) and about 15 other events per year, according to Chief Operating Officer Lawrence Epstein.

Fox may still acquire a smaller set of rights, according to people with knowledge of the negotiations. They asked not to be identified because the conversations aren't public. Industry experts say the UFC stands to eclipse $300 million when all the rights have been sold.

"We feel like we're in a great place," Epstein says. "We're excited about what we have with ESPN and feel great about wrapping up a linear television deal moving forward."

As recently as 2016, Lorenzo and Frank Fertitta, the UFC's owners at the time, said the next set of broadcast deals would command $400 million per year. Since then, UFC was sold to WME-IMG, stars Ronda Rousey and Conor McGregor aren't actively fighting in the sport, and ratings have dropped.

The UFC continues to grow in popularity overseas, and the ESPN+ deal puts it on one of sports' strongest platforms. It also buys the UFC time to negotiate the linear TV agreement, according to WME-IMG co-President Mark Shapiro, a former ESPN executive.

"The great news with this deal is that we can be patient," Shapiro says. "Let some of the technology develop, let some of the offerings roll out, and in the next few months pick the right horse and away we go."