Hackers, Aliens and One Righteous Doc Rough Up the 'Blue-Sky' Channel
READ THIS NEXT
Watch Elon Musk’s awkward ‘SNL’ promos—plus, why his hosting stint is so controversial

The evolution of USA Network continues apace, as a new development slate promises to lend nuance to the old "blue-sky drama" brand by way of storm clouds and contrails.

As part of its most ambitious programming gambit to date, USA has prepped a trio of new series that are darker and knottier than the jokey, genial cop/doctor/spy dramas that once were the network's stock-in-trade. The network on Tuesday also confirmed that it has picked up a pilot from executive producer Gale Anne Hurd ("The Walking Dead").

Having already wowed the crowd at last month's SXSW Film Festival, the techno-thriller "Mr. Robot" may very well be cable's most buzzworthy new show. Starring Remi Malek as a cyber-security engineer with a jones for code, narcotics and social justice (although not necessarily in that order), "Mr. Robot" is, per USA Senior VP of Original Scripted Programming Alex Sepiol, "like 'The Social Network' meets 'Fight Club.'"

Bowing the week before is "Complications," a medical/crime thriller starring Jason O'Mara ("Terra Nova," "Life on Mars") and Jessica Szohr ("Gossip Girl"). An adrenalized drama from "Burn Notice" creator Matt Nix (the lead character's version of the Hippocratic Oath may as well be, "First Kick Some Ass"), "Complications" is locked in for a 10-episode run and will launch with a special two-hour event on Thursday, June 18.

Also in the hopper is a project from "Lost" showrunner Carlton Cuse that is all but guaranteed to draw robust sampling, at least in the early going. Lost-ie Josh Holloway and Sarah Wayne Callies, late of "The Walking Dead," tussle with aliens in "Colony," a sci-fi action series set in contemporary Los Angeles.

"Colony" will debut in the fourth quarter of 2015.

Among the projects in contention for 2016 and beyond are Ms. Hurd's "Falling Water," which joins the previously announced "Queen of the South" and "The Shooter" on USA's list of top prospects. USA is also taking a long look at an adaptation of Karen Russel's 2011 novel "Swamplandia!" and "Amped," a better-living-through-chemistry superhero romp from DC Entertainment's Vertigo imprint.

As much as the new fare seems worlds apart from the network's tried-and-true formula, USA President Chris McCumber said that a lot of the old optimism and can-do spirit remains in the mix. He added that the new shows are designed to draw in a larger cohort of millennials, which now make up about two-thirds of the key adult 18-to-49 demo.

For all the inherent novelty of USA's scripted output, the high-impact antics of the network's WWE showcase arguably remains the network's crown jewel. Boasting an enviable generational mix, "Raw" week after week is one of cable's highest-rated programs among adults 18-to-34, 18-to-49 and 25-to-54. The three-hour format also allows for all sorts of unique integrations and customizations, said USA Senior VP-Ad Sales Peter Lazarus. 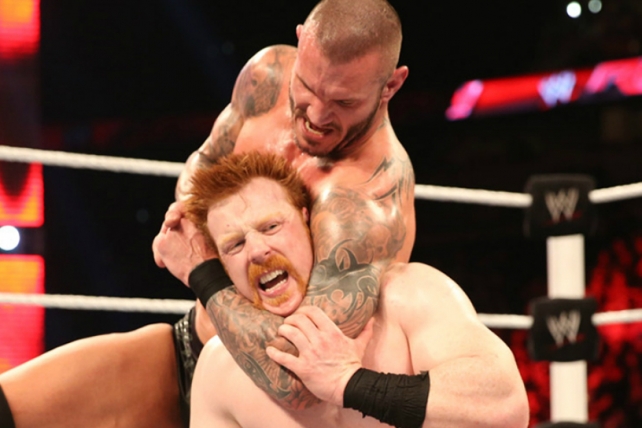 Mr. Lazarus made the WWE the focus of his brief presentation, noting that USA anticipates "a very positive response from the advertising community" after it introduces even more hours of wrestling content. In June, the network will roll out a new season of the reality series "Tough Enough" in a new format that includes live events and more fan participation, and the first quarter of 2016 marks the migration of "SmackDown" from NBCUniversal sibling Syfy.

Because some advertisers still fail to recognize the family-friendly nature of WWE content -- it's been years since the last time a performer has bashed anyone's skull in with a folding chair -- Mr. Lazarus sees a prime opportunity to expand the property's client base. "You heard the message [WWE star] John Cena brought today. It's all about courage, hope and pride. These are aspirational values, and advertisers are looking to connect to that message."

As USA prepares to head into the upfront marketplace, Mr. Lazarus said he's kicking the tires on a new opportunity for advertisers looking to buy time in the sophomore comedy "Playing House."

"We're going to sell the VOD inventory as a distinct offering from the linear TV inventory," Mr. Lazarus told Advertising Age, adding that the on-demand episodes will include customized content breaks in isolated pods.

Two episodes of "Playing House" will premiere on VOD platforms a week prior to their linear TV debut, giving fans a chance to binge on the show. Mr. Lazarus said he hopes to give "four major advertisers a chance to own" the on-demand inventory, which by its very nature cannot be zapped or zipped through.

Each episode will be available on-demand for around 10 weeks, although USA is only charging for a 30-day window.

"USA has really never done anything like this before, and it's a bit of a test and a learning opportunity for us," Mr. Lazarus said. The ad sales chief added that the VOD, linear and full-episode player ratings will be rolled up into one stream, providing a "total audience" measurement against which the show's ratings guarantees will be made.