USA Network Pulls Out All The Stops for 'Mr. Robot' Launch | Ad Age
Skip to main content
Sign In Register

USA Network Pulls Out All The Stops for 'Mr. Robot' Launch 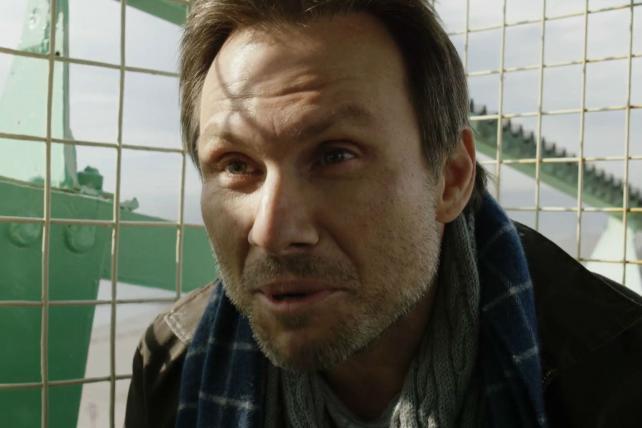 USA Network is looking to redefine what it means to launch a new TV series, and the marketing campaign for its hacker drama "Mr. Robot" may very well be as audacious and ambitious as the show itself.

"It's no longer about the pilot and the premiere," said Alexandra Shapiro, USA's exec VP-marketing, who kicked off the "Mr. Robot" effort four months before its premiere date of June 24. "We're treating this like an ongoing political campaign."

A dark meditation on the absurd alienation fostered by our hyper-connected society, "Mr. Robot" is a dramatic departure from USA's escapist "blue skies" programming formula. ("Fairly Legal" this ain't.) As such, the show demanded a radically reconfigured marketing push.

After premiering the pilot at SXSW this March—it won the Audience Award for Episodic Programming—Ms. Shapiro and her team began bringing the show directly to tech influencers and college students. In May, the network held a screening for Google's New York employees, and the event was simulcast to 25,000 of the search giant's nationwide staffers. Facebook and Twitter worker bees were also treated to advance screenings.

While USA was courting the tech crowd, it also engaged in on-campus outreach, screening the pilot for upwards of 35,000 students at 14 schools. The network specifically targeted the best and brightest, showing the pilot at prestigious idea factories like Harvard, Stanford and MIT.

Along with fomenting word-of-mouth, the effort to reach younger, more wised-up viewers is a function of USA's legacy audience. The network's median age is 54 years, which means that nearly half of its deliveries fall outside the oldest guaranteed demographic. "On some level, these are not people who normally watch USA," Ms. Shapiro said, adding that "Mr. Robot" has the potential to attract an entirely new audience.

On May 27, USA initiated the next stage of its marketing assault, releasing the pilot, commercial-free, across multiple digital and on-demand platforms. Thus far, the episode has garnered nearly 182,000 views on YouTube, at a completion rate of 27%. In tracking the demographic data culled from each platform, USA can better decide how it will allocate its paid media in the days leading into the premiere.

While Ms. Shapiro believes that "no one has ever done a pre-release to this magnitude," USA is not concerned about the possibility of inadvertently cannibalizing the show's premiere ratings. For one thing, the opening night deliveries will have limited impact on the network's bottom line. Presented with limited commercial interruptions, the "Mr. Robot" premiere will carry a mere two-and-a-half minutes of ad inventory.

While USA did not disclose the dollar value of its media budget ("All I'll say is, you gotta spend dollars to win," Ms. Shapiro said), the extent of the campaign is now making itself known in New York. "Mr. Robot" star Rami Malek's face has been plastered everywhere from SoHo to Williamsburg, and his eyes peer out from thousands of taxi tops, bus kiosks, subway stations and buses. (In keeping with the show's anti-establishment theme, the outdoor ads remind passersby, "Your Privacy Has Been Deleted" and "Corporations Own Your Mind.")

However "Mr. Robot" performs on its opening night—the high-water mark for a USA series premiere is the 6.1 million viewers and 4.5 in the 18-to-49 demographic notched by "Psych" back in 2006—the network won't simply shutter its marketing efforts on June 25. Bucking the myopic custom of pouring every last promotional dollar into the launch, USA will continue trying to drive viewers to the show even after its first C3 window closes.

"That week between the first and second episode is equally important," Ms. Shapiro said. "We know that people's entry points vary based on their lifestyles and consumption preferences. We can't let up."