Vevo, the digital platform for music video, has introduced a round-the-clock TV-style channel, a bid to capture viewers for longer periods of time than the few minutes it takes to watch a Rihanna or Justin Timberlake clip. 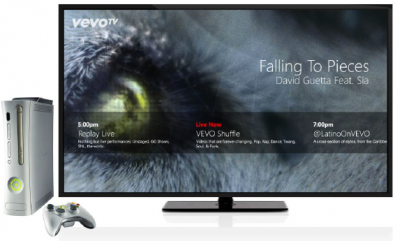 The move is a departure from digital media's dominant directions -- toward viewer control on one hand and into programming directed by algorithms on the other. "The whole foundation of Vevo TV is to bring human touch back to video," said David Kohl, exec VP-sale and operations at Vevo, in an interview.

It also gives people -- including those without cable or satellite TV subscriptions -- a way to sit back and watch video without having to choose video after video themselves. "We created Vevo TV, an always-on, 24/7 broadcast-style music and entertainment channel, to offer our viewers another choice as a complement to our existing on-demand video platform," Vevo President-CEO Rio Caraeff said in an email. "We recognize our viewers sometimes want to select their videos and while at certain moments in the day, they may prefer a linear, lean-back programmed experience."

Programming blocks on Vevo TV, now available on Vevo.com and through various Vevo apps, include "Vevo Shuffle," which plays music from various genres; and "Vintage," a mix of videos from the '80s, '90s and '00s; and "#HotNow," with the most-watched and most-shared videos of the day.

Its first advertisers are McDonald's and State Farm. who are running traditional TV ads in brief commercial breaks.