Cable Net Seeking $1.5 Million Commitment for Ad Package That Includes 30-Second Spot in 'The Daily Show'
READ THIS NEXT
‘America Must Change’: The story behind Time’s latest cover artwork 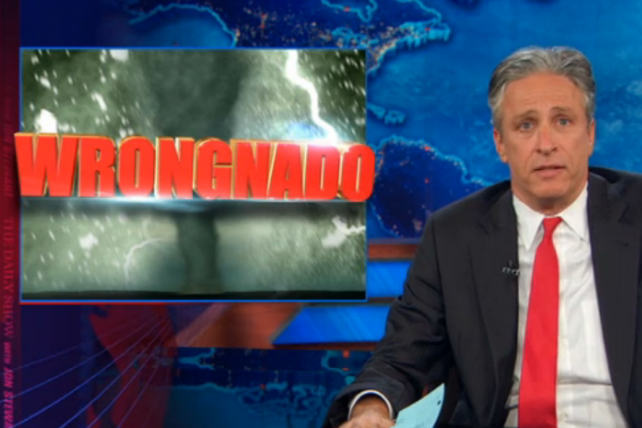 Jon Stewart's final farewell from "The Daily Show" could provide a much needed boost to ad revenue for not only Comedy Central but for Viacom's entire swath of cable channels.

That's because Viacom is using Mr. Stewart's final episodes of "The Daily Show" to drive advertising elsewhere on Comedy Central and on other networks in its portfolio, according to media buyers. It asked for a $1.5 million commitment from advertisers to appear in the episode, which will air on Aug. 6, buyers said. This package includes 30 seconds of commercial time in the episode, as well as additional inventory on the network and on other Viacom properties.

This is more than 10 times what a unit in "The Daily Show" normally costs advertisers, according to a person familiar with negotiations. And one media buyer said historically a 30-second commercial in the show would cost around $40,000 to $50,000.

Despite the steep price, "movie studios can't get enough of it," the buyer said.

Viacom has been heavily criticized for stuffing more ad time into its networks, with Todd Juenger, a senior analyst at Bernstein, estimating there was 9% more commercial time in the first quarter compared to same period last year.

But Mr. Hill said the company is only adding one extra commercial break into the episode, as opposed to the two that it could have fit.

The departure of Mr. Stewart is bittersweet for Viacom.

It's clear that Mr. Stewart has had an impact on the national political discussion and on the company's image. Viacom will have to position itself as a place that can still create high-impact cultural moments. And the company has been facing a persistent decline in advertising sales -- with domestic ad revenue declining 5% in the most recent quarter -- as ratings continue on a perpetual downslide.

Viacom has argued that its ratings declines is in large part because its core audience of millennials are watching its content on devices and platforms that are currently not measured by Nielsen.

The expectation is that Mr. Stewart's departure will provide an opportunity, for at least a night, to attract viewers to watch the show live.

But it also comes amid a meaningful shakeup at Comedy Central that also includes the exit of Stephen Colbert and Jon Oliver, and most recently the announcement that the hit sketch comedy series "Key & Peele" will end its run after its current season.