Dismisses Talk of a CBS Reunion
READ THIS NEXT
‘America Must Change’: The story behind Time’s latest cover artwork 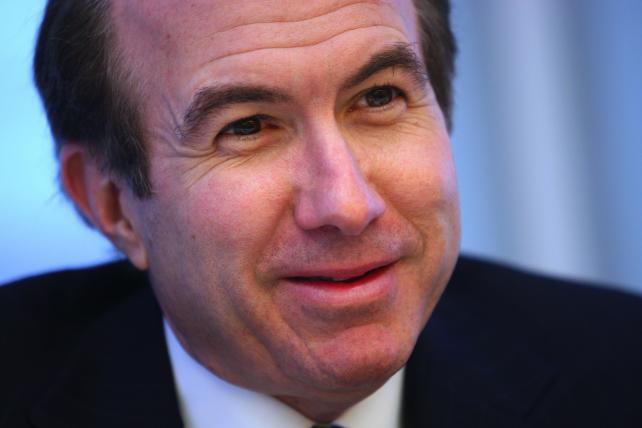 Viacom's ongoing realignment at its cable networks should be completed before April 1 and will save on the order of a quarter of a billion dollars, the media conglomerate said Monday.

Speaking to investors at the Deutsche Bank Media, Internet & Telecom Conference, Viacom President-CEO Philippe Dauman said he was "very pleased" with the way the re-org was progressing, adding that the "it will be largely done by the end of the month." Mr. Dauman said the restructuring of the MTV Networks brands would result in a savings "in excess of $250 million, annualized."

Over the last 30 days, Viacom has consolidated its music and entertainment networks -- a collective that includes MTV, VH1, Comedy Central and Spike -- under Doug Herzog and announced the departure of longtime MTV boss Van Toffler.

Viacom has also laid off a broad swath of employees from across its divisions to reduce overall head count by nearly 10%.

In keeping with the streamlining efforts, Viacom last week merged all kids and family ad sales efforts in with the music and entertainment side of the business. Heading into the 2015-16 upfront bazaar, longtime MTV Networks exec Jeff Lucas will oversee sales for all Viacom units but the standalone BET.

Viacom's domestic ad revenue in the last three months of 2014 fell 6% year-over-year, a drop the company said was a direct result of declining ratings. Not helping matters is the fact that the younger viewers targeted by Nickelodeon and MTV are increasingly watching video on streaming platforms, which remain all but invisible to Nielsen and therefore tough for Viacom to sell ads against.

Mr. Dauman on Monday said the ad sales team is making great strides with its in-house measurement and customization initiatives.

Some of the changes at Viacom will be more visible than others. Mr. Dauman said that the networks would eliminate a number of acquired series that no longer draw an audience. "Some of the programming that we acquired years ago just doesn't work any more; particularly, when you have off-broadcast programming that is ubiquitously on SVOD, it's just not playing," he said. "So we're going to abandon some of that programming as we go forward and continue to invest in what works."

Junking fare that originated on other networks likely will have the greatest impact on TV Land, which currently airs 17 syndicated programs and just 3 original scripted series.

Toward the conclusion of the Deutsche Bank session, Mr. Dauman shot down recent reports suggesting that Viacom and CBS were looking to undo their January 2006 separation. "We have no intention of buying CBS or buying any other big company out there," Mr. Dauman said. "In the years to come if there are big changes in the landscape and we see that there's a lot of consolidation and there's strategic value to our shareholders in the long term, we'll take a look at it. But we're not going to be a consolidator."

Mr. Dauman also characterized a recent report that Viacom was looking to sell off a chunk of its Paramount Pictures film unit to a Chinese company as "completely untrue."