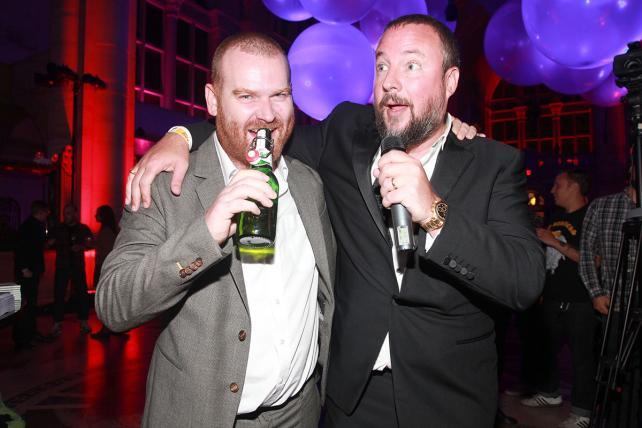 Vice Media Inc. suspended President Andrew Creighton and Chief Digital Officer Mike Germano while it investigates harassment claims against them, according to a memo obtained by Bloomberg.

Allegations against Germano will be reviewed by an external investigator, Chief Operating Officer Sarah Broderick said in an email to staff. The claim against Creighton was already looked into by an outside firm and was found to lack merit, but board members will examine it as a further step, she said.

Vice's co-founders told employees last month the company had "failed" them after the New York Times published a story describing more than a dozen cases of sexual misconduct and legal settlements paid to four women. The article described a $135,000 settlement paid by Creighton to a former employee who said she was fired after rejecting a relationship with him, and had two accounts of women who said Germano made inappropriate overtures to them.

"We have failed as a company to create a safe and inclusive workplace where everyone, especially women, can feel respected and thrive,'' Vice co-founders Shane Smith and Suroosh Alvi said in a Dec. 23 letter.

A "boy's club" culture held over from its early days allowed inappropriate behavior to permeate throughout the company, they wrote. "It happened on our watch, and ultimately we let far too many people down."

In her memo Tuesday, Broderick reiterated Vice's goal to pay men and women comparably by the end of the year and to have equal representation of men and women at every level of the organization by 2020. The company will also begin mandatory sexual harassment training for all employees, she said.