Can HLN Draw Millennials Fast Enough to Stave Off Vice? 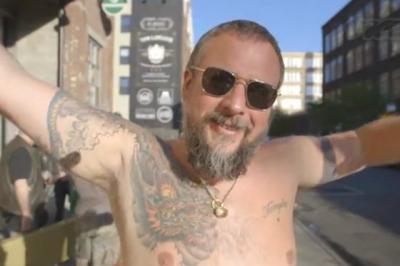 Seven years ago, when Nancy Grace was still a relatively new arrival on the network then called Headline News, Vice was a primarily print-based media company, pitching advertisers and media buyers on the namesake magazine that began as Voice of Montreal in 1994.

But then MTV parent Viacom gave Vice money to roll out VBS.tv, a repository for Vice-produced videos on topics as varied as indie music and Hezbollah. Vice video also eventually started appearing on CNN.com as part of a partnership with that site, which was seeking appeal among younger web surfers. Later came the eponymous HBO series, the first season of which was nominated for an Emmy in the "Outstanding Documentary or Nonfiction Series" category, facing the likes of PBS's "American Masters" and "The Abolitionists," History's "The Men Who Built America" and Science Channel's "Through the Wormhole with Morgan Freeman."

"American Masters" won, but Vice and the rest of the media business went through the wormhole, emerging this week to see CNN parent Time Warner jettison the foundation of its company, Time Inc., and emerge in talks to buy a stake in Vice that could value the company at $2 billion to $3 billion.

The talks were first reported by Sky News and confirmed by a person familiar with the matter.

Today, despite lip service to young people virtually across the board, Vice is seen as one of the few "old" media companies with big appeal to millennial audiences. In addition to its web video and TV projects, Vice also runs an in-house creative agency called Virtue, which has created large-scale content-marketing projects for companies eager to reach Vice's audience, including Intel, Garnier and AT&T.

A Vice spokesman declined to comment, as did a Time Warner spokesman.

The New York Times reported that the deal could involve "providing" Vice with CNN's HLN cable channel, once known as Headline News and now pursuing an effort to bring down the age of its audience. That could not be confirmed on Tuesday, but replacing HLN's signal with something under the Vice banner might significantly accelerate efforts to reach young viewers -- and the advertisers that want to reach them.

"Vice has done an exceedingly good job at creating the modern media stack," Andrew Essex, vice chairman at Droga5, said in an email. "They produce the edit and the advertising for one cohesive audience. Then they serve that content across multiple platforms."

"With the added scale that Time Warner brings to the table," Mr. Essex added, "it's hard to see how that model doesn't taste like catnip to millennial-focused brands."

HLN, meanwhile, is known for its coverage of high-profile criminal trials, like that of Jodi Arias murder case. In February, the network said it was rebranding itself as a home for the social media generation, focused on curating news from across all social platforms, with headlines based on what's trending, being shared and going viral.

The push is still relatively new. But despite adding shows like "RightThisMinute," which repackages videos and stories found online, thus far much of its schedule looks largely the same as before.

Long-running shows like "Morning Express with Robin Meade," "HLN Now" (formerly "News Now"), "Jane Valez-Mitchell" and "Nancy Grace" still dominate the lineup. Only now, their descriptions allude to taking coverage cues from social media conversations. For instance, the description for "HLN Now" reads: "We are all about the stories creating buzz on social media. If everyone's talking about it, then so are we. We don't focus on the stories we think you should know about, we tackle the stories the viewer cares about."

While HLN viewers' median age dropped to 54.9 in May from 58.4 last year, it's still nowhere close to the millennial audience executives like CNN Worldwide President Jeff Zucker desires.

Overall, total viewership in prime-time is also waning, with the network averaging 246,768 viewers since February, down from 250,419 people between February and June last year.

HLN has said it is making a bigger investment in new programming and access to platforms moving forward, including partnerships with Twitter, an interactive game show and a home improvement series featuring a YouTube star in development.

A deal between Vice and Time Warner is a "fairly simple marriage proposal," according to Mr. McCarus, the Digitas executive. "Six years ago Vice goes from having zero production skill experience to becoming a driving force in video for this generation," he said. "If you're Time Warner, you're probably thinking, these guys did that, with extraordinary speed and dominance. Wouldn't that be a nice thing for us?"