Why Viewers and Marketers Are Loving 'Modern Family'

With Relatable Storylines and Clever Product Placements, the Show Has Rewritten the Rules of the Modern Sitcom
READ THIS NEXT
IOC's Olympics ad stresses resilience amid Tokyo uncertainty

May 18, 2009, was a pivotal day for veteran TV producers Steven Levitan and Christopher Lloyd. Not only had their new sitcom, "Modern Family," been picked up for ABC's fall season, the entire 22-minute pilot would be screened at the network's annual upfront presentation.

"I was a little nervous that some in the big group of dynamic people wouldn't be able to hear it right and the jokes would be covered up by laughs and it would lose the set-up and it would start to drag."

Instead, the audience proved to be an ideal crowd for the single-camera documentary-style sitcom, laughing at the introduction of the show's three main couples, applauding at its big reveal that all three couples were related and cheering the pilot's hilarious "Lion King"-themed finale.

"Who knew?" Mr. Levitan said nearly two years later from his office on the lot of 20th Century Fox. "You could just hear them start to fall in love with it in little stages, little spurts. And then the 'Lion King' moment happened and the place just erupted. It was one of the great moments in my career."

The warm response proved to bode well for "Modern Family," making the series one of the breakouts of the 2009-10 season and arguably ABC's biggest comedy hit since "Home Improvement." The show is among the most-viewed scripted programs in prime time in its second season, averaging 11 million viewers during original airings and often ranking as the most-DVRed program most weeks after Nielsen's live-plus-seven ratings are factored in.

But perhaps what sets "Modern Family" apart the most is the show's uniquely post-2000s concept. From the single-camera, documentary-style format (more of a nod to "This Is Spinal Tap" and Christopher Guest than "The Office," Mr. Levitan insists) to the multicultural storylines (a gay couple with an adopted Asian baby, a mixed-race May-December married couple) to the cross-generational appeal of its humor, "Modern Family" has all the elements of a, well, modern sitcom.

"The filming style is almost voyeuristic. The basics of the storytelling are quite, quite traditional, but with a modern packaging," said Mr. Lloyd, a veteran of sitcoms such as "Wings," "Frasier" and "Back to You." "I spent my entire career in multi-camera, working in front of a live audience, so this is a brave new world for me." 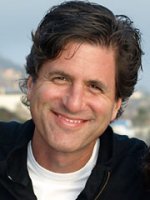 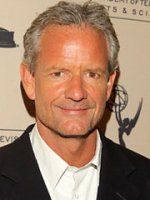 The show has been most praised for its relatable storylines and characters, whether it's the neurotic Claire Dunphy (Julie Bowen), her tech-savvy, accident-prone husband, Phil (Ty Burrell), her buttoned-up gay brother Mitchell (Jesse Tyler Ferguson) and his flamboyant partner Cameron (Eric Stonestreet) or her easygoing dad, Jay (Ed O' Neill), and his spicy Latin wife, Gloria (Sofia Vergara) -- not to mention the Dunphys' hilarious kids, Haley (Sarah Hyland), Alex (Ariel Winter) and Luke (Nolan Gould), and Gloria's scene-stealing son, Manny (Rico Rodriguez). Some scenarios -- such as a recent episode in which Cameron and Mitchell wreck an entire garage of cars at their friend's beach house -- would seem far-fetched if they weren't pulled from real-life scenarios.

"Half the stories, if not more, come from our lives -- those are the best ones," Mr. Levitan said, noting that no single "Modern" character has a direct counterpart on the writing staff. "We have stories for Phil and Claire from our writers, but neither of them have kids. There are stories for Cam and Mitchell that come from other people's lives, and they're not gay. The Dunphys, half the time I'm Phil because I'm tech-savvy and must have the latest iPhone and iPad, and the other half of the time I'm Claire, where I'm the neurotic one."

In fact, it was a first-season integration of Apple's iPad that caught the series its most flak so far among viewers who cried foul of its apparently blatant product placement. Mr. Levitan and Mr. Lloyd insist that the placement was not paid, and in fact was already written into the show. Instead of exchanging money, Apple allowed the production to shoot at one of its stores for free. Mr. Levitan took the criticism to heart, since he fought so hard to keep the integration authentic.

"That one came from me, because I understand that aspect of Phil very much. We liked the idea that he wanted something new that people wanted to line up for. At first we wanted to make it a video game, but since I'm a big Mac guy I was up on it and I got to [play] with the iPad for 10 minutes a month before anybody. That was cool for me."

The show has also had a multiple-season relationship with Toyota, whose Sienna and Prius have been featured throughout key scenes both seasons. The product-placement deal is evaluated each season by Mr. Levitan and Mr. Lloyd, and helps keep the show's production budget down.

Gary Newman, co-chairman of 20th Century Fox Television, said "Modern Family" is about 25% to 30% less expensive than most shows produced in Hollywood, thanks in large part to location shoots in Rancho Park, Brentwood and La Quinta, all within a short drive of the Fox lot.

"It's the most efficient half hour I've ever done," Mr. Newman said. "For the last two years, everyone's been asking, 'Where's our 'Modern Family?' Everyone wants to do something that feels current, relevant and aspirational."

The feeling is mutual at ABC. "'Modern Family' is one of our most popular shows, both with our audience and our clients, and has become a solid anchor of ABC's successful Wednesday night comedy block," said Geri Wang, the network's president of sales. "We get constant feedback from our clients that it's their favorite program, and it's a fantastic show to have it on ABC."

The show has also sparked a cultural conversation around gay marriage and adoption through its Cameron-and-Mitchell storyline. The couple's matter-of-fact portrayal by Messrs. Ferguson and Stonestreet helped earn the show a GLAAD award for Best Comedy Series as well as reshape some conservatives' perceptions about gays and lesbians.

Heading into its third season, expect less stunt casting and exotic family vacations and more focus on the show's core cast. The cast of kids, particularly the infant twins who play Cameron and Mitchell's daughter, Lily, are all about to enter major life phases that Mr. Lloyd can't wait to incorporate into the show.