TV Plus IPad: Simultaneous Use Enhances Engagement for Many | Ad Age
Skip to main content
Sign In Register

TV Plus IPad: Simultaneous Use Enhances Engagement for Many

We live in an increasingly connected world, with media consumption often happening on more than one device at the same time, which has many questioning the impact of this behavior on the media industry. But a recent Discovery Communications survey focusing on Discovery Channel viewers in the U.S., and the iPad owners among them in particular, demonstrates that the simultaneous usage of digital platforms increases many viewers' connection to programs and advertisements.

Of those who use digital devices while watching TV, nearly half said they are more likely to search for a product they see advertised on TV, and one-third said they pay more attention to what is on TV. Rather than being a distraction, our study found that tablets and other digital devices tend to be program "companions," enriching the viewing experience and offering the ability to interact with the program, brand and social networks while watching.

The survey suggests that iPad owners may have markedly different viewing behavior than that of the general population, proving more attentive and responsive to the programming and advertising than the average viewer. They are also influential within their social sphere, often sharing their opinions in real time as a program unfolds through social media.

Simultaneous iPad and TV usage is increasingly serving as a way to extend and enhance the TV-viewing experience, as with our Shark Week Live co-viewing app for the iPad, iPhone and iPod Touch. When asked how often they watch TV and go online, 43% of iPad owners in our survey claim to do both "all" or "most" of the time. One quarter said going online while watching TV made them feel more connected to the show they were watching.

While the iPad is still owned by a relatively small portion of the U.S. population, it is estimated by 2014, there will be 61 million iPad users in the country, representing nearly 19% of the U.S. population. Currently, the iPad's core user base skews toward technology adopters (young males and those in upper income brackets); however, adoption by the early majority and ultimately the masses is expected to evolve quickly. Personally, I know that the tablet has positively affected my TV experiences.

TV viewing is being forever changed as new innovations alter the way (at least some of us) engage, but the traditional TV set remains and will likely continue to remain at the center of people's video lives, with tablets and other digital devices becoming extensions of their viewing rather than a replacement.? Even with an increasing number of options, consumers still prefer the quality and social experience they can only get watching TV?

ABOUT THE AUTHOR
Beth Rockwood is senior VP of market resources for Discovery Communications. 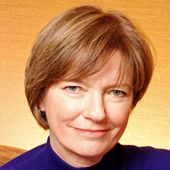