The Move Rids Management of a Headache, Takes Away Leverage for Critics
READ THIS NEXT
Broadcasting legend Larry King has died at 87

A group of Village Voice Media's senior managers has agreed to buy from its current ownership the print publications and digital properties -- with the notable exclusion of Backpage.com. 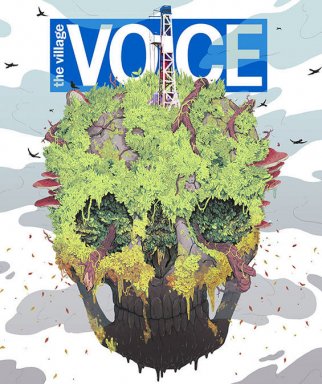 A spokeswoman for the buyers declined to disclose terms of the deal, including information about any financial backers. But no one involved with the current ownership of Village Voice Media will hold any part of the new company, to be called Voice Media Group, the spokeswoman said.

"This is a grassroots buyout," said Scott Tobias, president and COO of Village Voice Media, who started with the company in 1993 as a salesman and will become CEO of Voice Media Group. "We're excited to continue to focus on professional, curated, hard-hitting journalism, comprehensive entertainment coverage and a continued push to digital."

The new, independent company will take ownership of the Village Voice, LA Weekly, Phoenix New Times and SF Weekly and other titles. But it won't have to deal with criticism of Backpage.com, which has been accused of facilitating child prostitution and sex trafficking through its escort advertising. Most of the escort ads on the website are placed by consenting adults and management makes an effort to screen ads for abuses, but anti-trafficking groups, law enforcement and advertisers have still called for the company to stop running escort ads entirely.

The current owners of Village Voice Media, led by CEO Jim Larkin and Executive Editor Michael Lacey, will continue to operate Backpage.com as a separate entity. "Backpage.com, which is not included in the transaction, will become the centerpiece of a new online classified advertising company with business worldwide," Village Voice Media said in a statement provided by general counsel Elizabeth McDougall.

The buyout may come as a relief for advertisers. "Backbone Media is very pleased to hear the news about the recent buyout and disassociation from Backpage.com," said Lindsay Brown, senior media planner at Backbone Media, which places ads for local clients in various Village Voice Media properties. "We've worked closely with Scott and team for over four years and they've played a critical role in executing our media plans at the local level in multiple markets."

But the deal also removes a source of leverage for critics of Backpage.com, who will no longer be able to pressure the image-conscious advertisers in the weekly newspapers and their websites.