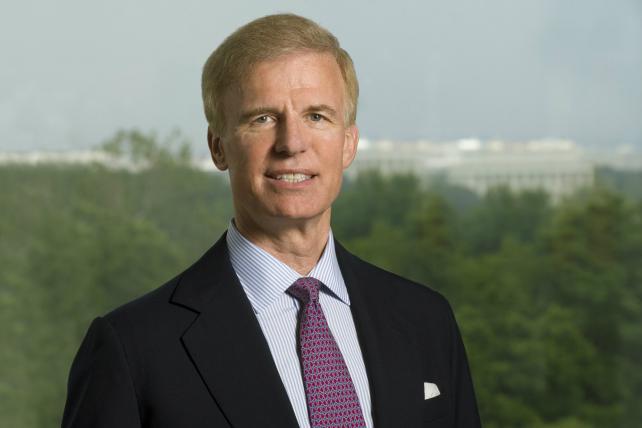 Fred Ryan is the new publisher-CEO of The Washington Post, replacing Katharine Weymouth, pictured below, who was publisher since 2008.
Credit:

The Washington Post named Fred Ryan publisher-CEO on Tuesday, ending eight decades of leadership by the Graham family. Katharine Weymouth will step down as publisher, a role she held since 2008 and retained after Amazon CEO Jeff Bezos bought the paper last August.

The changes are effective Oct. 1.

"I am so grateful to Katharine for agreeing to stay on as publisher this past year," Mr. Bezos said in a statement. "She has successfully led many new initiatives and assured that the first ownership change of this great institution in eighty years has been done smoothly and without skipping a beat."

"It's the beginning of phase two for Jeff Bezos at the Post," said Ken Doctor, an analyst at research and advisory firm Outsell. Mr. Bezos' first phase was a listening tour, where he asked Martin Baron, the Post's editor in chief, what he needed to bolster the company's journalism. The next step is establish new business models and grow existing ones, according to Mr. Doctor.

Ms. Weymouth's great-grandfather bought the Post in 1933. Her grandmother, Katharine Graham, was publisher of the paper when it broke the Watergate scandal in 1973. And her father, Don Graham, was chairman and CEO when the family sold the Post to Mr. Bezos for $250 million.

Last August, Ms. Weymouth told Ad Age that the decision to sell the paper was "heart-wrenching" and made easier only because she got to stay on as publisher. In a statement Tuesday, she said serving as publisher and working with the paper's staff was the "greatest honor of my life."

Her replacement is a former Reagan administration official and the first CEO of Politico, the digital news site that challenged the Post on its own turf and chipped away at not only its influence but also its profits. Mr. Ryan stepped down as CEO and president of Politico in August. He also spent 15 years as president and COO of Allbritton Communications, Politico's parent company and owner of numerous TV stations that it has since sold.

Mr. Ryan told the Post that he plans to continue its growth strategy. "You don't shrink your way to success," he said.