'Quantico,' 'TGIT' Winter Premieres Raise Questions for ABC
READ THIS NEXT
Why major networks are investing in streaming services—and advertisers should follow 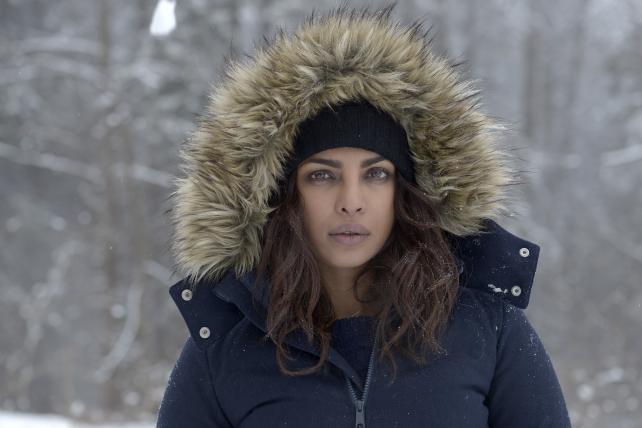 ABC's midseason premiere of "Quantico" is the latest to feel the pressure upon its return and could be the tipping point in broadcasters' "gap" scheduling strategy.

After a long three-month break, the freshman drama returned on Sunday to a 1.1 rating in the all-important 18-to-49 demographic, down 15% from its fall finale, and saw its total audience decline nearly 18% to 3.7 million viewers.

The reduced live-plus-same-day rating for "Quantico" after pausing its season for a quarter of the year is the latest example of lost steam following a big mid-season hiatus.

The approach has been adopted to varying degrees by the big broadcasters, but it began in earnest with ABC and Fox's noble goal for the 2013-14 season: more first-run programming and fewer reruns. To keep original programming fresh throughout the year, broadcast networks started putting some of their most popular shows on hiatus, making room for limited-run series and specials. Instead of airing a 22-episode series from September through May, with a short break during the holidays and reruns scattered throughout the season, networks now often break shows into essentially two distinct mini-seasons.

There have been at least slightly fewer repeats so far in 2016 than in the period a year earlier, according to Brian Hughes, senior VP-audience analysis practice lead, Magna Global.

But several years into the scheduling strategy, strains are beginning to show. And as we head into the upfront season, when networks will decide the fate of their shows and reveal their fall lineups, it's likely that programmers will rethink the model yet again.

"Putting shows on hiatus is a tricky slope for the networks," said Billie Gold, VP-director programming research, Amplifi U.S., part of the Dentsu Aegis Network. "On one hand they want to avoid putting too many reruns on, while having the opportunity to introduce new shows to see if they connect with viewers, but on the other hand the hiatus also gives viewers a chance to try other shows on competing networks and they might not return."

ABC has the most to reconsider, with the bulk of its serialized dramas losing viewers during their lengthy hiatuses.

The alphabet network was emboldened last year when its Thursday night Shonda Rhimes lineup grew its audience after two months off. "Grey's Anatomy" saw its 18-to-49 rating increase 17%, "Scandal" returned up 16% in the demo and "How to Get Away With Murder" was flat.

With that success in mind, ABC extended those breaks this season, keeping the so-called "TGIT" lineup off the air for nearly three months.

But ABC did not see the same results when the shows returned last month: "Grey's Anatomy" dropped 4% in the demo compared with its fall finale, "Scandal" was off about 13% and "How to Get Away With Murder" plunged 22%.

ABC has also adopted the tactic for other nights of the week.

It extended the midseason break for "Castle," for example, to nearly three months from five or six weeks. When the Monday night drama returned in February, the demo rating remained steady, though its total audience was down 15% to 5.7 million, a series low.

And after just about three months on the air, "Quantico" went away for the same period of time.

The issue looms largest at ABC, but NBC's freshman drama "Blindspot" also hit a low in the demo after its 14-week hiatus. The show returned to 6.8 million viewers, down about 3% from the 7 million that tuned into the fall finale, and pulled a 1.8 rating, off a tenth of a point from its final episode in the fall.

CBS typically doesn't program the same long breaks, only taking off a few weeks during the holidays.

It remains to be seen how Fox's "Empire" will fare when it returns at the end of March following a nearly four-month absence, but "Gotham" returned steady three months after its fall finale.

For ABC, perhaps the biggest issue is what it has been replacing its shows with during the gap months. "Marvel's Agent Carter," "Galavant" and "American Crime" all drew paltry audiences, meaning viewers were both sampling shows elsewhere and missing out on ABC's promos for the return of its original lineup.

ABC was left with few series on the back burner after "Blood & Oil" was cut short and "Wicked City" was canceled.

An ABC spokeswoman declined to comment on the network's scheduling strategy.

ABC's situation shows the difficulties in the new realities of TV scheduling. Reruns don't work any more because growing competition has made it too easy for viewers to find something new. Digital platforms such as Netflix and Hulu, meanwhile, have trained viewers to watch some shows in one fell swoop -- not two, months apart.

Magna Global's Mr. Hughes said the ratings declines for shows that go on extended breaks may be less about the hiatus itself and more about how people are viewing content.

"I'm inclined to think any impact the midseason breaks have on audience have more to do with how fans want to watch than being frustrated with a delay," he said. "That model certainly hasn't hurt 'The Walking Dead.' It may be that certain shows are better consumed a few episodes at a time, and so viewers save them up."

Indeed, extended midseason breaks aren't new. It's a model cable channels have been successfully following for some time, Amplifi's Ms. Gold said. AMC's "The Walking Dead" returned from its break with a slight decline from its fall finale, but still delivered 13.7 million viewers and a 6.8 rating. AMC was also able to stretch out the final season of "Breaking Bad" over the course of more than a year as anticipation only grew.

"But it doesn't seem to have the same effect when it comes to broadcast TV," she said.

The issue seems to impact serialized dramas more than comedies. ABC's sitcoms returned from their breaks without hitting a stride. "Fresh off the Boat," "The Middle," "The Goldbergs," "Modern Family" and "Black-ish" all grew their 18-to-49 rating in their first episode following their fall finales.

The one exception was "The Muppets," which returned on Feb. 2 to 2.8 million viewers, down 17%, and a 0.9 rating in the demo, down 18%. But the show had plenty of problems beyond time off, including criticism over the creative direction and the departure of showrunner Bob Kushnell.