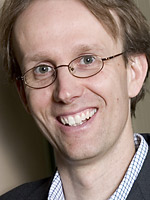 The hiring gives The Weather Channel a second key executive with strong ties to the agency world and significant digital expertise. Vivaki is the media- and digital-agency division of Publicis Groupe , where Mr. Hecht worked for 24 years. He had most recently been CEO of the Vivaki Nerve Center, the technology hub housing the Audience on Demand trading desk as well as The Pool research lab.

In his new job, Mr. Hecht will oversee all digital- and cable-ad sales, as well as all other revenue generation for The Weather Channel, with the exception of business with cable and satellite distributors. He will report to Mr. Kenny, his former boss at Vivaki.

"The Weather brand has always played an important role in my life," Mr. Hecht said, citing his passion for cycling. "When David went there and I thought about how he would [transform] a media company, it was interesting to me, and that 's kind of what got things going."

Mr. Hecht said he envisions great opportunity for the brand to build out its offerings in mobile, where it has already experienced success, as well as multiscreen experiences. He also wants to improve the channel's international presence, especially in Europe.

"When a publisher is making moves to bring people like David and myself in, I think we can really push the industry to the data and tech sides in new and different ways," Mr. Hecht said.

On the data side, The Weather Channel was one of the first publishers to set up a private ad marketplace to gain more control over the price and buyers of its excess digital ad space.

Mr. Hecht will move to Chicago from Paris for his new job. His start date has not been set.

Kurt Unkel, the head of Audience on Demand, will succeed Mr. Hecht at Vivaki.