The Executioner's Song: Why the Networks Stopped Cancelling New Shows 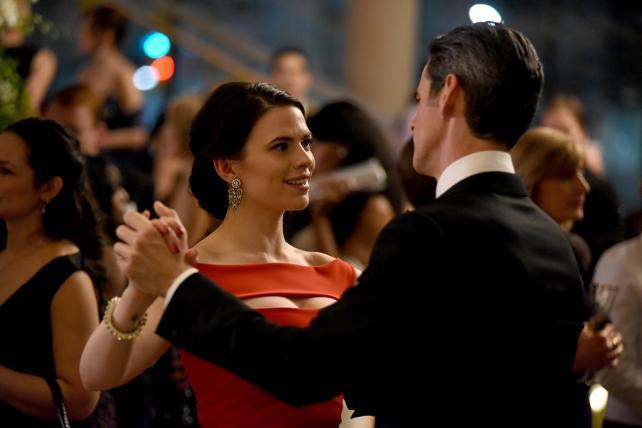 Word got out on election night that ABC wasn't giving its new series 'Conviction' a full-season order. But the network is likely to air four remaining episodes all the same.
Credit: ABC/John Medland

Not so long ago, when the number of people watching live TV legitimized the word broadcast, the networks were ruthless with underperforming new shows. Failure to draw enough viewers in the advertiser-coveted demos at launch would send a series to the full-on Ned Stark death experience. The blade would fall swiftly, and but for a few cadaveric spasms -- perhaps a subsequent burn-off episode or two -- the show in question would join the ranks of the deceased.

As we head into the tenth week of the 2016-17 broadcast season, however, the days of summary executions seem over. A steady diminishment of gross ratings points and the hope that delayed viewing may translate into a compensatory uptick in commercial deliveries have stayed the executioner's hand in unprecedented fashion. As of Friday evening, none of the broadcast season's 20 new series have been purged from the prime-time schedule.

And even those that are effectively playing out the string are likely to run every episode that's already been shot. Gone are the days when TV shows such as "Quarterlife," "Emily's Reasons Why Not" and "South of Sunset" disappeared after only a single episode.

To be sure, much of what is currently happening with this year's batch of low-rated new series is a matter of semantics. When ABC on Oct. 25 trimmed its initial order for the "Scandal" substitute "Notorious" from 13 epsisodes to 10, it effectively separated the show's head from its body. And with good reason -- according to Nielsen C3 ratings, "Notorious" is now averaging a meager 1.0 among adults 18 to 49. With just one unscheduled hour left to air, "Notorious" is as cancelled as a series can be. ABC is nonetheless unlikely to formally draw a line through its name until the week before the network's next upfront presentation in May.

A similar fate is in store for ABC's new Monday night drama "Conviction," which is averaging a 0.9 in the demo in C3, about 30% shy of what former time slot occupant "Castle" rang up a year ago. Five episodes in, the Hayley Atwell legal drama was very pointedly denied a full-season order. (ABC let that bit of news slip on Election Day, when the nation's attention was fixed on more urgent matters.) Since then, ABC has all but ceased promoting "Conviction," airing just one 15-second teaser for the show during the Nov. 14 installment of its lead-in, "Dancing with the Stars."

Also on the virtual "Do Not Resuscitate" list are the CW's supernatural drama "Frequency" and the presciently-titled doomsday lark "No Tomorrow." Neither show was given a full-season order, a dubious distinction at a network where extensions for fall newcomers is practically a given. In the previous five seasons, only the 2012 dramedy "Emily Woods, M.D." failed to earn a back-nine order.

Eight days after their final credits roll, "Frequency" and "No Tomorrow" will become available in their entirety on Netflix, where they'll get another chance to build an audience. It's a long shot: Even with a good deal of network promotion, "Frequency" is averaging just 1.06 million viewers and a 0.3 in the 18-to-49 demo, while "No Tomorrow" is drawing 900,000 viewers and a 0.3. That either would suddenly blow up on Netflix is hard to imagine. Moreover, it's hard to see how the CW would even verify such an unlikely turn of events. Netflix famously refuses to disclose its usage stats, and its chief content officer, Ted Sarandos, has characterized third-party attempts to measure its ratings as "remarkably inaccurate."

"Notorious," "Conviction," "Frequency" and "No Tomorrow" have next to no chance of returning next fall, no matter how disinclined the networks are to come right out and say that they're all dead shows walking. As evidenced by a quintet of series pared down last season -- "Minority Report," "Blood & Oil," "Second Chance," "The Player" and "Truth Be Told" -- a trimmed order for a drama is tantamount to an ultimate dismissal. And unless a show is intentionally capped at 10 episodes ("The Catch") or 13 ("Lucifer," "The Good Place") prior to its launch date, failure to secure an extended order almost always proves to be a harbinger of doom.

No rush
But the stifled ABC dramas, "Frequency" and "No Tomorrow" are also all expected to complete their respective seasons in primetime.

The shift away from outright annulment to the artful cutting back of a show's initial episode order was foreshadowed last fall, when October came and went without a single official cancellation. ABC's execution last November of its cartoonishly sleazy serial killer drama "Wicked City" after three episodes marked the latest out-and-out break with a show in at least the last 20 years.

(ABC stealthily lowered the boom on Friday, Nov. 13; the previous year, the network made broadcast's first irrevocable break with a new series on Friday, Oct. 24, when it pulled the plug on the comedy "Manhattan Love Story." If you're attached to a low-rated ABC show, beware the Friday news dump.)

Other recent early calls to the bullpen include ABC's removal of "Lucky 7" from its fall lineup on Oct. 4, 2013 (also a Friday); CBS' quick hook for its legal dramedy "Made in Jersey" on Oct. 10, 2012; and NBC's shuttering of "The Playboy Club" on Oct. 4, 2011. And those were merely the first shows to be removed from the schedule in each of those particular seasons. The networks were once so quick on the draw that no fewer than four shows were terminated before Halloween in 2010, 2011 and 2013. (The disproportionate number of October cancellations was largely a show of deference to the Nielsen sweeps calendar. If a series really wasn't clicking with viewers, you'd want it off the schedule before November sweeps, which remain instrumental in setting local ad rates.)

That the networks should bother with all the ontological sleight-of-hand is a function of PR and practicality. On the one hand, it's hard to fault ABC for not wanting to be the first network to cancel a new show for four seasons running. (As it is, the network remains mired in last place among the Big Four, a position it has held at the conclusion of four of the last five seasons. There's little to be gained from a tacit acknowledgment of failure.) Nor is ABC alone in any of this. Each broadcaster has at least one new show on its schedule that would have been given a hasty heave-ho as little as two years ago, and all four are playing a variation on the same euphemistic theme.

But there's a sort of multivalent pragmatism at work as well. When nearly half (45%) of all broadcast ratings fall within an unspectacular range of a 1.0 and a 1.5 rating among adults 18-to-49, mere deliveries won't necessarily decide what stays and what goes. Among the host of other factors that determine a show's longevity are studio provenance, which informs everything from back-end sales via syndication to streaming rights deals, and the showrunner's status within the network hierarchy. Shonda Rhimes' shows enjoy most-favored-nation status at ABC, as do Dick Wolf's NBC procedurals, Chuck Lorre's CBS comedies and Greg Berlanti's stable of DC Comics adaptations at the CW. Ryan Murphy's cachet at Fox can be interpreted as a holdover from the days when "Glee" was a pop-culture phenomenon and a reflection of the outsized ratings his "American Horror Story" and "American Crime Story" scare up on FX.

Death of repeats
Today it's harder to give flailing shows a quick hook, even if they're denied a full-episode order, because a sudden vacancy often leaves nothing in line to sell as an alternative. Executives could refuse to air remaining episodes, as they did last season with "Wicked City" after those three episodes and, later, with ABC's "Of Kings and Prophets," which ran only twice. But what would programmers show in their place?

Repeats don't rate any more, so the Big Five nets increasingly are eschewing them. Discounting the conflict-averse encores that NBC and CBS rushed onto their respective schedules opposite Game 6 and Game 7 of the World Series and two recycled hours aired by the CW on election day, season-to-date, only 30 minutes of the broadcast TV schedule has been occupied by a previously-aired episode. (Fox repurposed the "Son of Zorn" pilot on Sunday, Oct. 9.) 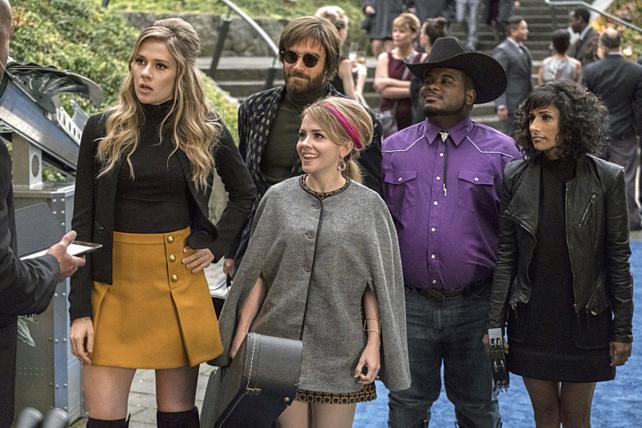 'No Tomorrow' will have another shot at an audience on Netflix, but probably not on the CW next season.

Of all the factors that are collectively interceding on behalf of this season's crop of low-rated newcomers, the most critical may well be data. Because it takes Nielsen three weeks to process the first batch of C3 and C7 numbers, the currency data for premiere week remains unavailable until after Columbus Day. While the initial live-plus-same-day ratings are reliably indicative of how the C3 numbers will shake out -- the average gain upon conversion to the currency is two-tenths of a ratings point -- there are a few outliers that networks don't want to unwittingly cancel.

Take for example "Timeless," which is averaging an underwhelming 1.4 live-same-day rating in NBC's plum Monday 10 p.m. slot. That's not meeting NBC's early expectations, but the lift "Timeless" gets in C7 puts its season average among adults 18 to 49 north of the 2.0 mark, and well out of harm's way.

Indeed, with three weeks of currency data in hand, NBC on Nov. 1 gave "Timeless" a vote of confidence, ordering an additional three episodes. The TV adaptation of the Liam Neeson film series "Taken" is scheduled to move into the slot on Feb. 27.

Of course, success in C3/C7 today is no guarantee of reaping similar benefits tomorrow. Last season, the commercial impressions that "Scream Queens" delivered via time-shifted viewing earned the show a stay. Thus far in season two, the currency data's impact has been negligible, so much so that the show is now averaging a 0.9 in the demo in C3.

Though largely excluded from the currency against which ad sales transactions are negotiated, streaming and VOD deliveries are increasingly being factored into the performance metrics as the networks make decisions on the fate of their freshman series.

Streaming and other forms of cross-platform viewership will become baked into the TV pie next year, when Nielsen rolls out its long-awaited Total Audience Measurement tool. CBS Corp. Chairman, President and CEO Les Moonves earlier this month told investors that he believes that the new Total Audience ratings "will be a big part of the [2017-18 upfront] negotiations," while Chief Operating Officer Joe Ianniello characterized the promise of cashing in all digital impressions as a "nine-digit opportunity, meaning hundreds of millions of dollars." As such, a slumping show that happens to out-perform on non-linear platforms now deserves a second look.

While it's nice to imagine that historically doomed shows like "Quarterlife," "Emily's Reasons Why Not" and "South of Sunset" are cavorting together in some sort of Bad TV afterworld, however, it's worth noting that even 365 days of bonus digital impressions probably wouldn't have saved any of them. When viewers overwhelmingly reject a heavily-promoted show during its traditional TV launch, there is no second act. Sometimes the invisible hand of the marketplace is simply flipping the bird.

All told, 10 of the 20 new series that have premiered thus far are guaranteed a full ride, and of these, seven are all but certain to return next fall. Among the best bets for renewal include NBC's "This Is Us," which now stands as the season's No. 3 scripted series behind veteran shows "Empire" and "The Big Bang Theory"; CBS's "Bull" and "Kevin Can Wait"; ABC's "Designated Survivor" and Fox's "Lethal Weapon".