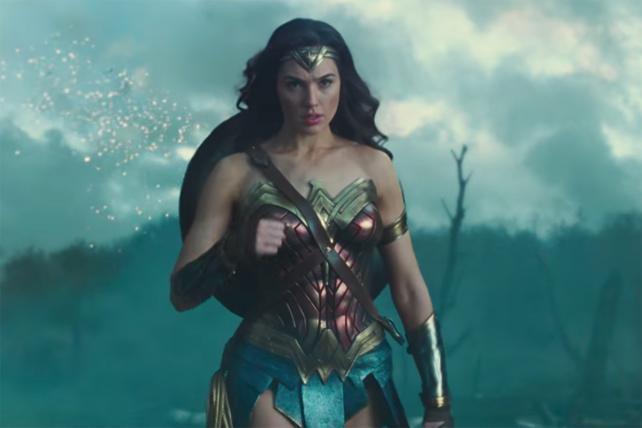 Success for 'Wonder Woman' would vindicate Warner Bros.' choice in picking a director with no big-budget experience for its latest DC Comics movie, a key franchise for the studio.
Credit: Warner Bros. Pictures via YouTube

If director Patty Jenkins succeeds in turning the story of the Amazonian princess into a blockbuster, she could pave the way for more acceptance of women at the helm of the movie industry's most financially important pictures. The feature is already a hit with critics, scoring among the best Marvel and DC Comics movies on review aggregator RottenTomatoes, and is headed toward a $111 million opening weekend in North American theaters, according to BoxOfficePro. That would make it one of the year's biggest movies.

The film and TV industries are under pressure to usher in more diversity behind the camera, with federal regulators making an inquiry last year into discrimination by studios. Just 4% of all directors across 1,000 top movies from 2007 to 2016 were female, and of those only three were black women, according to Stacy Smith, an associate professor at the University of Southern California. Jenkins has spent most of her career in television and has a single previous feature to her credit -- the 2003 drama "Monster," which earned an acting Oscar for Charlize Theron.

"What I am hoping for with 'Wonder Woman' is that it will create a new normal, a new template for what these movies can be," said Rowena Arguelles, a motion picture literary agent with Creative Artists Agency, which represents Jenkins. "So instead of all this being about a female superhero movie or a female director, it's about the movie."

Captain Marvel
There are already signs of progress. "Captain Marvel," another female superhero film due in 2019, will be co-directed by a woman, Anna Boden, with her collaborator Ryan Fleck. Gina Prince-Bythewood, who is black, is lined up for "Silver & Black," chronicling the adventures of Silver Sable and Black Cat.

But those heroes aren't as culturally iconic as Wonder Woman, who debuted in the comics in 1941, made Lynda Carter an icon in a 1970s TV series and was briefly named a United Nations Honorary Ambassador for the Empowerment of Women and Girls last year. (The UN dropped the idea after critics said comic-book artists have used Wonder Woman to unrealistically portray women's bodies.)

With studios churning out several superhero pictures a year, the ratio of women behind the camera is still far lower than 50%, despite the fact that women make up 52% of the filmgoing public, according to the Motion Picture Association of America.

Success would vindicate Warner Bros.' choice in picking a director with no big-budget experience for its latest DC Comics movie -- a key franchise for the studio. Some fans are buying tickets for opening night not just to see the film but as a show of support for Jenkins.

Lot of power
"Fans and people who love superheroes have a lot of power in what gets made," said Leslie Combemale, a film critic and gallery owner in Virginia who is organizing groups to see the film Friday. "We can speak with our money, and tweet about it, and get behind these female directors and below-the-line artists, production designers and animators, all these women who want to be in the film industry."

Independent theater operator Alamo Drafthouse Cinema offered women-only screenings, which sold out in an hour. It will be donating the proceeds to Planned Parenthood.

Warner Bros., the studio owned by Time Warner, first revealed its version of Wonder Woman, played by Israeli actress Gal Gadot, in last year's "Batman v Superman" movie. Gadot reprises the role of Diana, princess of the Amazons, in a story that retraces her origins.

Jump faster
Female directors for such movies have been rare in part because studios prefer to pick people with experience handling big-budget fare -- and that often means men, said Kirsten Schaffer, executive director at Women in Film, Los Angeles, which advocates for gender parity in Hollywood.

"Women's careers move at a slower pace than their male counterparts, with men most often able to jump higher, faster," she said. "Our research has shown that there is a lot of unconscious bias that goes into those decisions."

With more studies highlighting the extent of gender bias in the industry in recent years, the industry has started to shift, Schaffer and Arguelles said. When studio executives compile lists of directors for projects, there's now pressure to include women.

"I have certainly felt a shift in attitude," said Arguelles. "What is so groundbreaking with 'Wonder Woman' is that Patty broke the mold that superhero action movies can only be made by and star men. This will help people recognize that it comes down to talent, not gender."

"Wonder Woman" cost $149 million to make, according to Box Office Mojo. Ava DuVernay, a vocal critic of the lack of both gender and racial diversity in Hollywood, is the first black woman to helm a $100 million movie with Walt Disney Co.'s "A Wrinkle in Time," due out next year, according to the Los Angeles Times.

"Money speaks in Hollywood," said Camilla Hall, a former Bloomberg reporter whose directorial debut "Copwatch" opened at this year's Tribeca Film Festival. "It helps the next generation of directors to see female directors on these big-budget features."