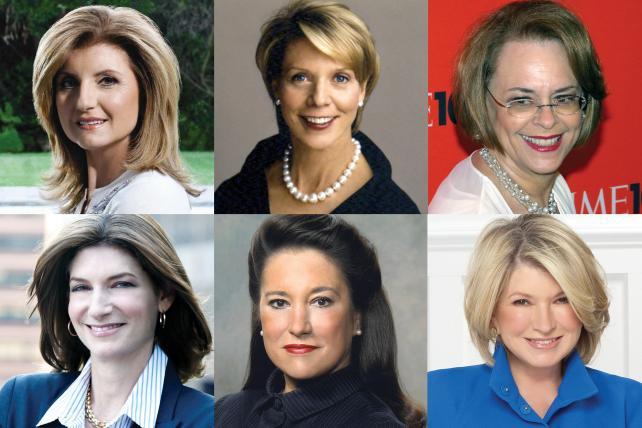 The recent departure of Arianna Huffington as editor-in-chief at The Huffington Post, the company she co-founded in 2005, left publishing even more bereft of female leaders than before.

Some executives worry that the imbalance is bad not just for women's chances for advancement but for their products and their businesses as a whole.

"It's absolutely something I think about often," said Brit Morin, an exception as CEO of Brit & Co., the media and e-commerce company she founded. "In one way, it's obvious. Just like all other industries, the media industry has historically been run by men. At the same time, I'm a little mind-boggled, specifically for the female-oriented media companies. There are men running them."

The relative lack of female CEOs today stands out all the more because it wasn't so long ago that historical norms seemed to have been broken: Time Inc., The New York Times Co., former Financial Times parent Pearson, NPR, the Fairchild Publications division of Condé Nast and Martha Stewart Living Omnimedia all had female CEOs in the first decade of the 2000s, and Hearst Magazines was run by Cathie Black as president from 1995 through 2010.

That moment is over. Ann Moore left Time Inc. in 2010 after eight years as CEO. She now runs an art gallery in Manhattan, and declined to comment for this story through a former associate. The CEO post at Time Inc. has since gone to Jack Griffin, Laura Lang, Joe Ripp and, just this month, Rich Battista.

Janet Robinson, who also declined to comment, was CEO of The New York Times Co. from 2004 through 2011, succeeded by Mark Thompson.

"There's no question that this is a considerable issue," said Vivian Schiller, who served as NPR's first female CEO from 2009 to 2011. "It feels like the number of women CEOs is not growing. It's just kind of spotty."

The lack of female media CEOs perpetuates the problem, she and others said.

"It's about bringing up the next generation, and modeling what a female executive is and what a female CEO looks like," Ms. Schiller said.

There are media companies run by women, to be sure. Paula Kerger has led PBS since 2006. Cumulus Media's CEO is Mary Berner, formerly CEO of Fairchild and Reader's Digest Association (now run by CEO Bonnie Kintzer under its new name, Trusted Media Brands). And Maria Rodale of Rodale and Pamela Wasserstein of New York Media run family-controlled media companies, which Ms. Rodale said is something of a double-edged sword.

"Being part of a family business, I had the advantage of opportunities not available to other women on their own, but it also came with an additional struggle to overcome the perception of nepotism," Ms. Rodale said in an email.

Ms. Wasserstein, who this spring succeeded Anup Bagaria as CEO at New York Media, said her company is more female than male, with senior management roughly split by gender. She has taken subtle but symbolic steps to counter the perception that career advancement and family do not go hand in hand, an attitude she suggested can prevent women from rising to the top.

"I have two little kids, and I bring them to the office sometimes," she said. "Mostly it's like our caregiver was sick or something, but I'm also a little intentional about that because I think that when they're here, I will parade them around a bit because I want people here to know that you can be in a leadership position here and also have small kids. … That it's instinctively understood that people have lives."

There's no simple explanation for the lack of female media company executives, but Ms. Morin called it "a funnel problem more than anything." Chief executive officers are selected by directorial boards that are often made up mostly of men.

"It's a well-known issue that many company boards are also imbalanced," said Ms. Schiller, who noted that efforts to address the issue have made some progress.

There's also the role of venture capitalists: Many of the leading digital media companies and other startups have raised money from a pool of investors that skews male. (These VCs also often get company board seats.)

"When VCs are male, they are inherently more biased to fund companies catered toward a male consumer as well," Ms. Morin said in a follow-up email. "Of course, that's not true 100% of the time, as Brit & Co. has several male investors, but there is certainly a bias in the market that I've had to overcome."

Fred Harman, managing partner of Oak Investment Partners, said he hasn't noticed gender bias among his fellow investors. "At an industry level, we certainly could benefit and are benefitting from being more proactive in seeking out women entrepreneurs and executive talent for the companies we back," he said in an email. "This is not just a gender equality issue; it is simply best practices in terms of building better and more successful companies." Mr. Harman is a Brit & Co. investor and backs Ms. Huffington's new business, a health and wellness company called Thrive Global, where she is CEO.

"Generally, we see many more male founders, but my guess is this is slowly (probably very slowly) shifting," Lerer Hippeau Ventures Managing Partner Ben Lerer said in an email. "We don't discuss diversity when assessing a deal unless it's relevant to the specific company for some reason, but I can personally say that backing founders with diverse backgrounds and experiences is a plus for me, but not something that would ever lead to us doing or not doing a deal."

Some of the most promising digital media companies were started by women, including TheSkimm, whose co-founders and co-CEOs, Danielle Weisberg and Carly Zakin, recently raised $8 million from investors. The Information, a subscription-based tech news publication, was started by a female journalist, CEO Jessica Lessin. "I'm starting to see change, and there are more women interested in starting media companies," Ms. Morin said.

In an email, media entrepreneur Elizabeth Spiers framed the root of the issue this way: "The stereotypical skills and personality traits that allow women to get to middle management (being nurturing, playing the role of the communicators, etc.) are not as valued at the top, where being direct and decisive are considered more important soft skills. And, of course, when women are direct and decisive, they're often portrayed as bossy or arrogant, so there's a double standard."

One prominent female media executive was nonplussed when asked about the issue: Martha Stewart pointed out that there are just fewer traditional media companies, period, these days. Martha Stewart Living Omnimedia, whose past CEOs include Ms. Stewart and Susan Lyne, sold itself to Sequential Brands Group last year. Advance Publications acquired Fairchild Publications in 1999 and made it a division of Condé Nast in 2005.

As for the lack of women running media companies, Ms. Stewart called it a coincidence, pointing out the past CEOs at companies such as Time Inc. "So, it depends," she said. "I think it's just timing."

The exact title matters less than leadership positions in general, according to Melissa Bell, who co-founded Vox.com and was recently elevated to publisher of parent company Vox Media.

"You can't just have all women CEOs and that will solve all the problems in the world," Ms. Bell said.

But increasing diversity is also a huge priority for Vox, she added. "It's an urgent thing for us," she said. Of the CEO gap, she said, "We are all the sum of our experiences, and I think there are experiences that women go through that are particular to one gender or another, and having more CEOs who are women would allow that diversity to surface in business decisions and hiring decisions and the approach."

Several executives said they were optimistic that the CEO ranks would diversify over the next few years. "I think there will be more women moving up through midlevel management," said Erika Nardini, the former AOL CMO who runs the bro-approved Barstool Sports.

The media companies of the future will be focused on communication and connection, Ms. Nardini said, calling those "areas women excel at."

Ms. Bell, a veteran of The Washington Post, is among the executives on the rise. Asked if she has eyes on the CEO post, she said she's just focused right now on tackling her new job. "I want to help other people do good work," she said. "And if that's as a CEO, if that's as a publisher ... that's my aim." But, she added, "I very much like my CEO." 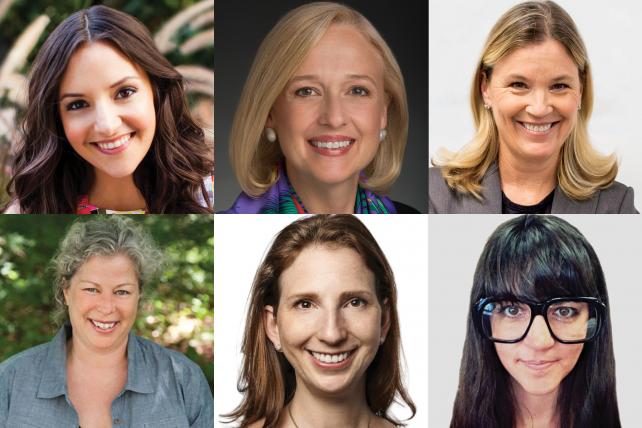