New York magazine is trying to remedy rising postal costs and slower postal deliveries by distributing many subscriber copies by hand -- at least for Manhattan subscribers with doormen. 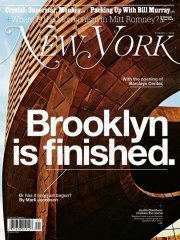 After a test than began in May, sparked by concerns that post-office cutbacks would only continue to worsen, New York is now rolling out hand delivery to doorman buildings and commercial addresses in Manhattan. "Hand delivery means you'll get New York on Monday mornings -- earlier than is possible by U.S. Mail," New York explained in a letter to some subscribers.

The cost is competitive with the post office or cheaper, a New York spokeswoman said in an email. "It also gives us experience in this arena, in preparation for future USPS changes that may be more onerous."

Once the rollout is complete, New York will be hand-delivering nearly 60,000 subscriber and complimentary copies to Manhattan addresses, the spokeswoman said, calling that about 60% of the magazine's file in Manhattan.

Hand delivery, of course, will only partly address the problems created by reduced postal services and higher postage fees. New York magazine averaged paid and verified circulation of 405,149 in the first half of the year, the majority outside Manhattan, according to its report with the Audit Bureau of Circulations.

Another weekly, Bloomberg Businessweek, has been using newspaper carriers to deliver many subscriber copies in major urban markets.