The New York Post and Daily News do Cosby 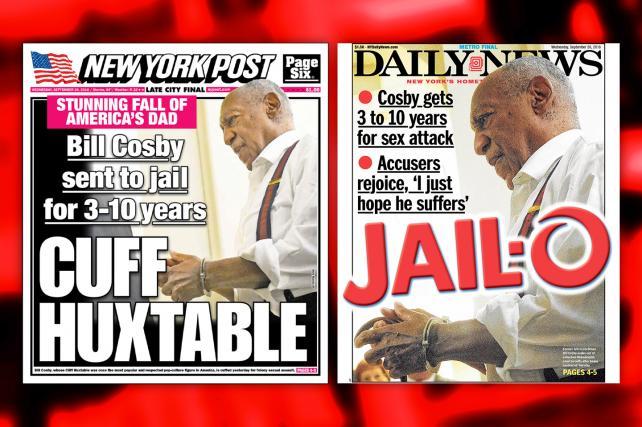 It's no secret that we here at Ad Age are slightly obsessed with how tabloid newspapers distill the news of the day for their front covers. It's a grim art that involves finding wit in unlikely places—or inserting wit where it logically doesn't belong. Case in point: the years-long, grotesque Bill Cosby sexual-assault scandal, which culminated in his being sent to prison yesterday. There's nothing funny at all about the whole story, and yet when the sentencing news broke we immediately suspected that America's two most prominent tabloid papers—the New York Post and its crosstown rival the Daily News—would take some sort of punny approach to chronicling the ultimate downfall of "America's dad."

This morning's papers bear that out, with the Post doing a groaner of a play on Cosby's old Cliff Huxtable character from "The Cosby Show" and the News referencing Cosby's past life as the Jell-O Pudding Pops pitchman.