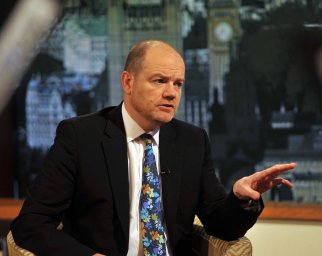 Mr. Thompson, who will assume his post in November, has been director-general of the British Broadcasting Corp. since 2004. He has focused primarily on the BBC's ad-free TV coverage, including the just-completed London Olympics telecast, but also has responsibility over the BBC's commercial arm, the Times Co. noted. He has also overseen the BBC's extension further into digital media and platforms with efforts such as an original news site aimed at the U.S. and the BBC iPlayer, an iPad app to watch the broadcaster's programming. The BBC also began showing ads to international readers on its websites in 2007.

"However, he seems to understand the opportunities and challenges associated with trying to move staid and long-established news organizations from their legacies to whatever the future holds," Mr. Mutter added. "As such, he ought to be able to look at the assets and liabilities of NYTCo. with fresh eyes -- which is exactly what the company needs."

New York Times Co. Chairman Arthur Sulzberger said Mr. Thompson's work at the BBC helped extent its brand. "Our board concluded that Mark's experience and his accomplishments at the BBC made him the ideal candidate to lead the Times Co. at this moment in time when we are highly focused on growing our business through digital and global expansion," Mr. Sulzberger said in a statement.

A veteran publishing analyst, however, questioned whether The Times really had significant prospects around the globe. "This I've got to see," said Edward Atorino, an analyst covering broadcasting, business services and publishing at Benchmark Co., in an email. With The Times "barely making money" he said, "now it's going to fund 'global expansion?' Does Arthur really think the world is waiting for NYT content?"

The Times Co. has been moving to pay down debt with asset sales and to raise more revenue from readers through digital products and a pay meter on its website. Last week it said it plans to sell About.com, the reference site it bought in 2005 for $410 million, to Answers.com for $270 million. Paid digital subscriptions to NYTimes.com and sibling BostonGlobe.com, meanwhile, increased 13% in the second quarter to total 532,000 on March 18.

A Barclays analyst recently predicted that digital subscribers will surpass its print subscribers by 2014.

But the headwinds facing the news business remain powerful, exacerbated by a sluggish economy affecting advertisers. The company's news operations saw print ad revenue fall 8% in the second quarter, compared to the quarter a year earlier, as even digital-ad revenue slipped 2%.

In addition to its flagship newspaper, the Times Co. also owns the Boston Globe, Boston.com and The International Herald Tribune.