The New York Times Says Not to Worry About Its 18.5% Drop in Print Advertising | Ad Age
Skip to main content
Sign In Register

The New York Times Says Not to Worry About Its 18.5% Drop in Print Advertising 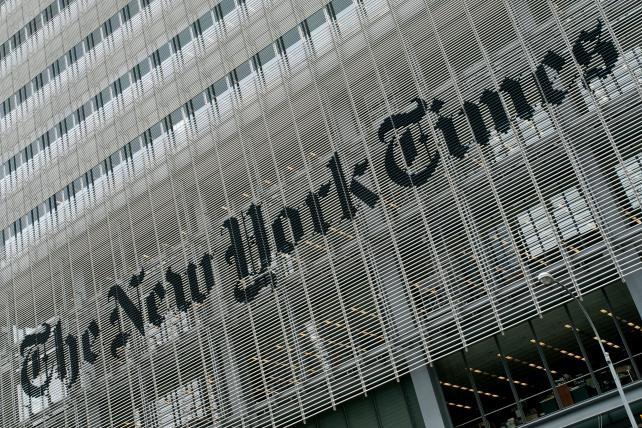 Digital ad revenue at The New York Times soared but not enough to compensate for a plunge in print ad revenue.
Credit: iStock

The New York Times was obviously not happy to report an 18.5% drop in print advertising revenue for the company's third quarter, but CEO Mark Thompson sought to convince analysts that it's not the end of the world.

"Our exposure to print advertising is much less than many of our competitors," Mr. Thompson said on a call to discuss the most recent earnings on Wednesday, after the company reported a 7.7% drop in overall advertising revenue as well.

He pointed to the Times' success in generating consumer revenue through digital subscriptions and ad revenue on digital platforms.

For the quarter, the Times brought in $363.5 million in revenue, a 1% decline from the same quarter last year. Operating profit was nearly $9 million, down 59.1%, while adjusted operating profit excluding items such as severance costs and depreciation was $39.2 million, down 17.7%.

In addition to focusing on digital advertising and consumer revenue growth, the Times, like most of its competitors, is looking for ways to cut costs and be more efficient.

"Over the coming months, we will take a series of steps to reduce the legacy cost base of the company so that we can continue to invest in digital growth and grow operating profit," Mr. Thompson said.

But while the Times is looking to trim costs, it's also looking to make acquisitions that it feels can help the business. Most recently, the company acquired product recommendation service The Wirecutter, which has an e-commerce-based business model. On the call Wednesday, Chief Financial Officer Jim Follo said the purchase price was $25 million, which was a bit less than the "more than $30 million" figure that was originally reported.