As a deadly year gets even deadlier, brands and marketers spread a message of hope—and defiance
READ THIS NEXT
Election 2020: It's the end of the world as we know it (and we'll be fine) 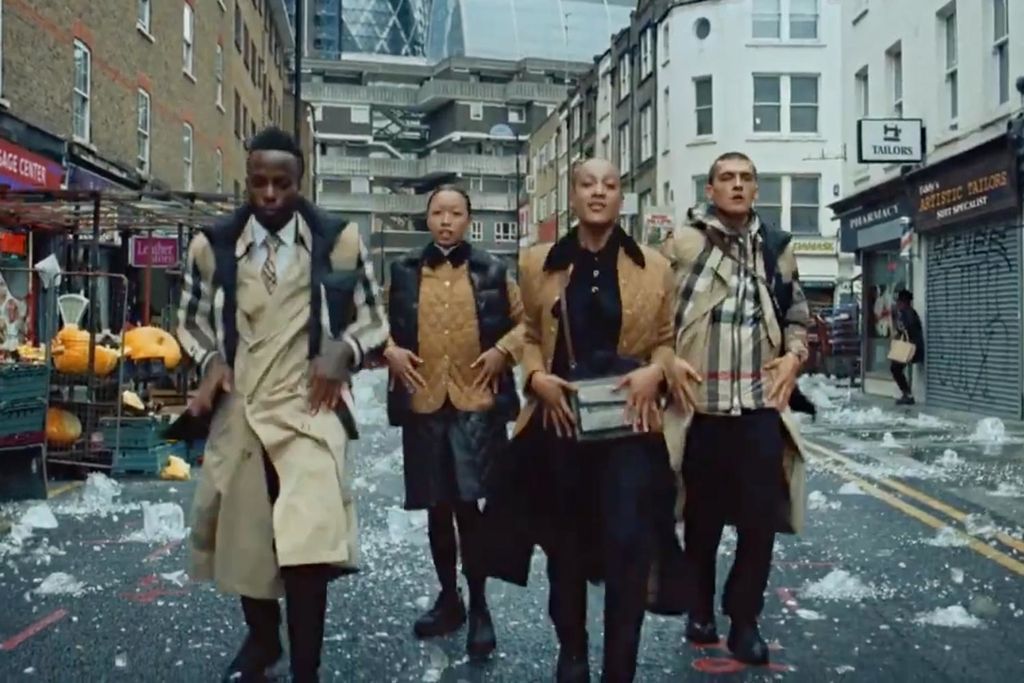 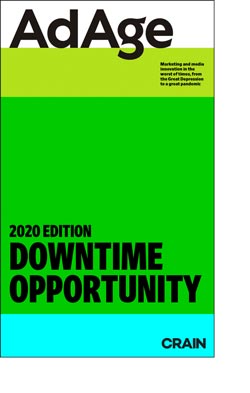 "Ad Age is no stranger to adversity," Bradley Johnson, Ad Age's director of data analytics, writes in Downtime Opportunity: 2020 Edition, his comprehensive white paper on how the marketing and media industry met the challenges of the deepest previous economic downturns. (The white paper is available for purchase here; it is free for Ad Age Insider subscribers.) "We began publication less than 90 days after the stock market crash of 1929. One thing we’ve seen over the last 90 years: Remarkable innovation occurs in the worst of times."

With a contentious presidential campaign (mostly) behind us but a deadly third wave of the pandemic just upon us, it is fitting that the most turbulent year in memory ends amid chaos, confusion and something resembling hopefulness. The previous preview of Downtime Opportunity compared and contrasted the ups and downs various industries faced the last time a presidential election took place during a downturn—the Great Recession of 2007-09—with today's economic climate.

Among the brands that rose from the ashes of the Great Recession (or came to dominate their respective industries in its wake): Facebook, Tesla, Netflix, Hulu, Airbnb, Uber, Square, Venmo and Slack. A quick scan of the headlines, not to mention your daily routine, shows the impact these brands have had on all our lives 12 years after a presidential ticket with Joe Biden first won an election.

Other similarities between the post-election period in 2008 and 2020: a sense of hope and change mixed with a lingering feeling of dread and peril.

Both Democratic victories made history with Barack Obama as the first Black president in 2008 and Kamala Harris as the first Black, Indian American and woman vice president this year. And both victories were greeted with rapturous celebrations by the respective tickets' supporters (in Biden and Harris' case, literal dancing in the streets), not just in the U.S. but around the world as well.

'Brand relaunch of the year'

"The election and nomination process is the brand relaunch of the year," David Brain, CEO of Edelman Europe, Middle East and Africa, told Ad Age. "Brand USA. It's just fantastic."

"Most people outside the U.S. have viewed the last few years as a case of the U.S. against the rest of the world," said Ian Thubron, exec VP, Asia/Pacific at TBWA Worldwide, Hong Kong. "The feeling is that America has changed with this election and will become a safer place for all of us."

Welcome back America! Congratulations to @JoeBiden and @KamalaHarris for their election! While we are about to celebrate the 5th anniversary of the Paris Agreement, this victory symbolizes our need to act together more than ever, in view of climate emergency. 🇺🇸#Election2020

The winters of our discontent

For all the optimism and exultation that greeted Obama-Biden's election in 2008 and Biden-Harris this year, both celebrations were muted by an impending sense of doom: the potential collapse of our economy in the winter of 2008-09, and a quarter of a million dead from COVID and almost 12 million infected as of today with the potential for hundreds of thousands more dead by Inauguration Day in 2021. Adding to that uneasy feeling is the very real division that exists in our society.

At the latest count, Biden had 79.7 million votes to Trump's almost 73.7 million. Most of the people who voted against Trump blamed him for the majority of the deaths caused by his administration's downplaying of the hazards of the coronavirus. Those who voted for him implicitly supported his COVID policy and in some vexing cases refuse to believe the pandemic is an actual threat, which furthers the spread, prolongs the health crisis and ultimately will lead to more deaths, health experts contend.

Related Articles
Election 2020: It's the end of the world as we know it (and we'll be fine)
John Dioso
How marketing can thrive in the worst of times
Bradley Johnson
A regularly updated list tracking marketers’ response to coronavirus
Ad Age Staff
A regularly updated list of how agencies are responding to coronavirus
Ad Age Staff
Brands react to the outcome of the presidential election
Ilyse Liffreing
The new corporate conundrum: To congratulate 'President-Elect Biden,' or not?
E.J. Schultz

Just when it seemed the campaign was finally over comes the prospect of the election that never ends. Trump has so far refused to concede and publicly insists the election results are illegitimate, despite his campaign's numerous lawsuits challenging election votes in battleground states continually being dismissed or withdrawn. In a Nov. 13-17 Reuters/Ipsos opinion poll, although 73% of the total respondents believe Biden won the election and only 5% believe Trump won, 52% of Republicans said Trump "rightfully won" and only 29% said Biden rightfully won.

Ad Age has tracked how brands and agencies have reacted to the pandemic: how they've dealt with the disruption and pivoted to meet the new challenges to either stay afloat or even thrive during these trying times. But as Trump and his surrogates go to such absurd lengths (Four Seasons Total Landscaping, anyone?) to scuttle an election that Christopher Krebs, his own now-fired director of the Cybersecurity and Infrastructure Security Agency, deemed "the most secure in American history,” the incumbent president's critics are unironically using the word "coup" to describe this bizarre lame duck period. No wonder that while some unambiguously progressive brands like Ben & Jerry's and Bumble overtly cheered Biden's win, the political environment is so toxic it was news when big brands such as General Motors, Ford, Fiat Chrysler, Toyota and United Airlines merely congratulated the president-elect.

Back to life, back to reality

Like the rest of the country, Ad Age's readership was obsessed with the election, whether out of a sense of civic duty, curiosity, humor, schadenfreude or sheer horror. But in the days immediately after the election, the top stories on AdAge.com seemed to reflect a subconscious desire to move on from the dysfunction and dystopia of the past four years. Rather than news, each story focused on creativity. But even though the ads aren't explicitly about the election, they reflect a deeper connection to our shared humanity, clarify a communal sense of purpose and point the way to a possible better, truer future. They are by definition political.

Amazon's Christmas ad, set to a classical arrangement of Queen's "The Show Must Go On," celebrates creativity and perseverance in the face of the frustration and disappointments of this pandemic year, as a young ballerina is shown training night and day, rain and shine, only to have her performance canceled, as so many live events have been in 2020. Thanks to her determination, and the group effort of her family and her neighbors, she is able to perform at night in the snow and ice, her stage the communal outdoor space in the housing estate where she lives, her spotlight a flashlight purchased from Amazon, and her audience her family and neighbors watching from their flat windows.

Johnnie Walker debuted "You'll Never Walk Alone" on Election Day. The new spot stars Brittany Howard, lead singer for the rock band Alabama Shakes, performing the often-covered 1945 Rodgers and Hammerstein show tune, which has recently become an unofficial COVID-era anthem. Johnnie Walker's 2016 election ad, which featured Woody Guthrie's "This Land Is Your Land" performed by the Latino band Chicano Batman in both English and Spanish, was perceived as a subtle critique of Donald Trump's inflammatory anti-immigrant statements. At first glance, "You'll Never Walk Alone" seems politically neutral—until you consider that the fight to stop the spread of COVID has itself been politicized.

In this new era, not only will you never walk alone, apparently you'll never dance alone either. For its holiday campaign, Burberry updated Gene Kelly's classic solo spotlight from the 1952 musical "Singin' in the Rain" for a quartet, dancing in the street to a spare rhythmic arrangement of the title tune sung by Dreya Mac. Upping the stakes to 2020 threat levels, the spot interrupts the foursome's friendly hang by replacing the mere downpour from the movie with huge chunks of ice that the dancers team up to acrobatically evade and smash into powder. The creators say they changed the rain to ice blocks to "push the metaphor" to reflect the adversity of this year. But it's hard not to interpret their metaphor more literally as representing something more life altering than even the pandemic—something like climate change.

In addition to reflecting and commenting on this particular era, all of these spots center on Black artists and performers. The fourth one, Beats by Dre's "You Love Me," explicitly explores the dichotomy of race in a society that celebrates individual Black talent and achievement and yet abides continuing racial bias and violence in a year when police killing Black people reached a flashpoint that reinvigorated the Black Lives Matter movement and social justice protests nation- and worldwide. The ad features an all-star lineup of talent including NASCAR driver Bubba Wallace, tennis champ Naomi Osaka and rapper Lil Baby onscreen. Behind the camera: director Melina Matsoukas (who also helmed Amazon’s "The Show Must Go On"), musician Solange Knowles, who wrote the score; actor and screenwriter Lena Waithe, who wrote the spot's poem, read by musician Tobe Nwigwe, which begins, "You love Black culture, but do you love me?”

For all the reports of coronavirus infections and deaths going up, and disappointment at the prospect of a socially distant Thanksgiving, recent news of two highly effective potential vaccines was cause for optimism. Similarly, there are seeds of progress both in the ads above and in the industry, which has reacted to systemic racism and unconscious bias exposed by the fight for social justice, by renewing the efforts to finally address its diversity crisis.

"There is reason for hope," Johnson writes in Downtime Opportunity regarding the upheaval in 2020. "Amid calls for racial justice in the U.S.—and world—agencies have begun to make positive change in staff diversity and leadership. Change is good." 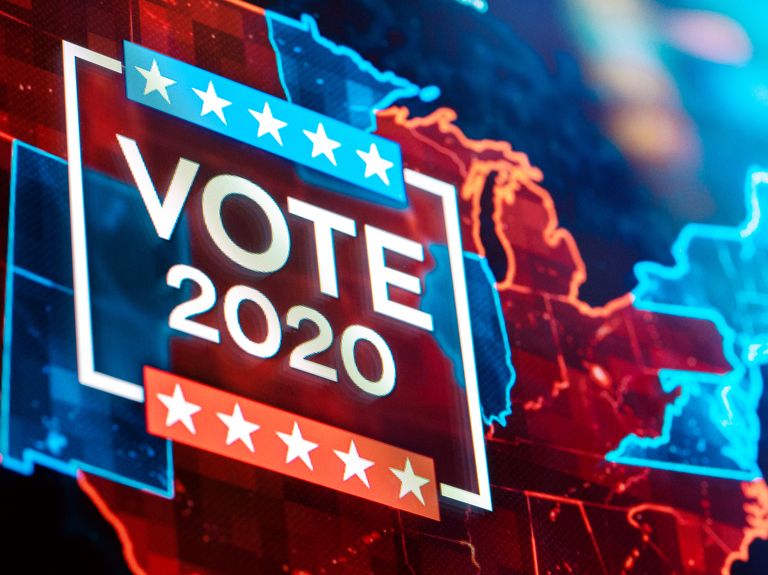 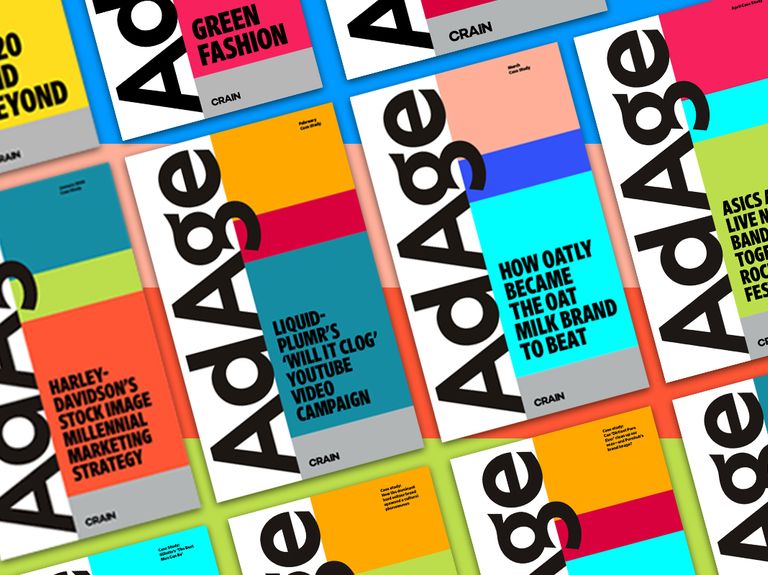 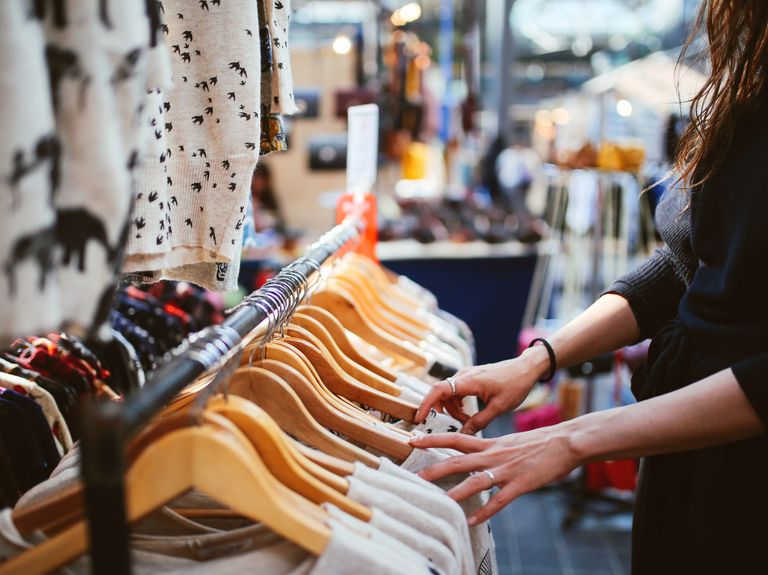 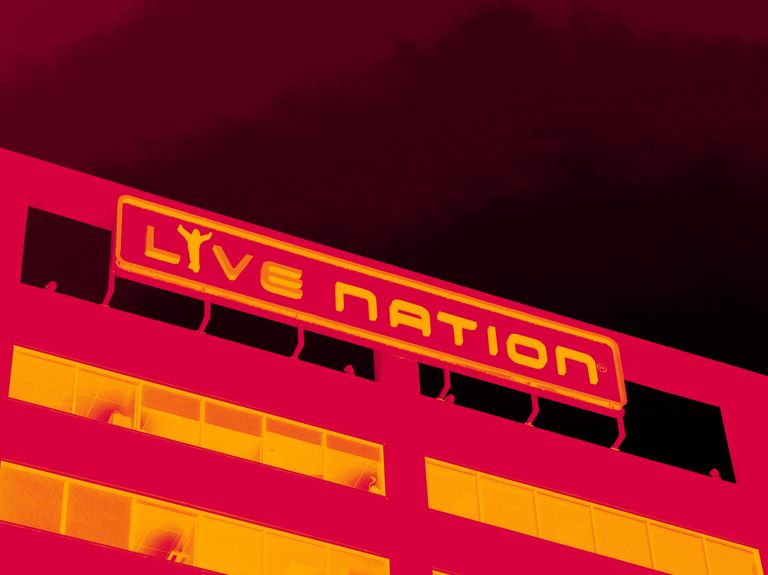