Plus, the pressures of the pandemic are forcing women out of work
READ THIS NEXT
Quibi calls it quits, and a final presidential debate looms: Thursday Wake-Up Call 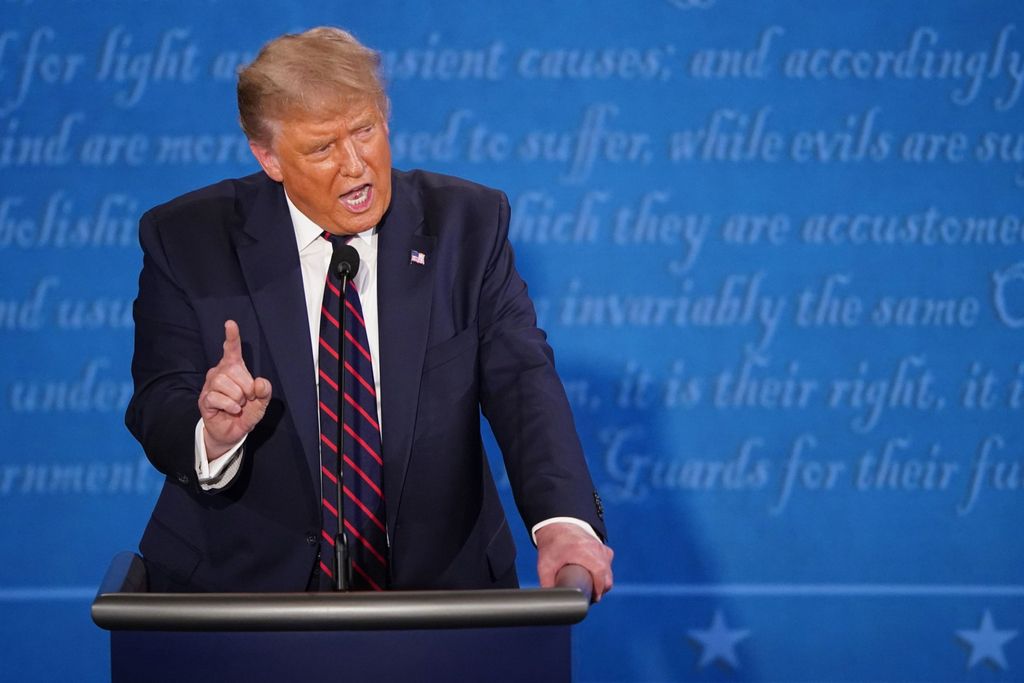 The American Association of Advertising Agencies is joining other trade associations to oppose an executive order from President Trump that bans diversity training at federal contractors, including holding companies and ad agencies. The order would eliminate one of the few tangible DE&I measures that most marketers have embraced.

“As this Executive Order prohibits employee training on topics such as 'stereotyping' and 'scapegoating' based on race or sex—ambiguous terms that even courts of law have trouble parsing and applying—it complicates how agencies can evaluate their employee training programs for compliance,” 4A’s president and CEO Marla Kaplowitz told Ad Age’s Lindsey Rittenhouse.

The prohibitions in the order are consistent with the administration’s insistence that acknowledging racism and inequality is divisive, rather than just the first step toward addressing those issues. At several points, it pushes back against the very concept of unconscious bias.

The primary takeaway from the first presidential debate Tuesday night was Trump’s refusal to disavow white supremacy. The Biden campaign turned that unforgettable moment into a campaign ad in short order.

The ad, writes Ad Age’s Simon Dumenco, “excerpts Trump’s Proud Boys exchange from the debate followed by a black screen with the following text: Comments from Proud Boys on online forums: ‘This makes me so happy,’ ‘We’re ready!’ ‘Standing by sir.’”

Viewers might already have had an inkling of what to expect from the debate, given Trump’s performance four years earlier, and ratings were down 13% from the first debate in 2016. However, those numbers don’t include “digital viewing on devices like computers, tablets or phones not connected to smart TVs,” writes Ad Age’s Jeanine Poggi.

After a face-off that was frequently incoherent due to the president’s constant interruptions (moderator Chris Wallace admonished him 25 times), the Commission on Presidential Debates said it would institute “additional structure” for future debates, perhaps even cutting the mic of a participant who is breaking the rules.

More than six months into the global work-from-home experiment, an entire cohort of newcomers has been onboarded at jobs where they’ve never been in the same room with a coworker, contended for space in the office fridge, learned who takes calls on speakerphone, shaken hands with a client or been late to a meeting because of traffic.

Jay Haines, founder of executive search firm Grace Blue, says he sees ad professionals exploring more lateral moves rather than linear, and willing to explore things they wouldn’t have considered even six months ago, writes Ad Age’s Jeanine Poggi. “The ability to work remotely has also opened a much wider talent pool for agencies and brands as well as advertising professionals who may not want to relocate their families,” he says.

With most things pandemic-related, the burden falls unequally. Women are overrepresented in low-wage service jobs, so they bore the brunt of early layoffs. And women are more likely than men to be single parents or to take on more than their share of domestic labor—especially the at-home schooling many children now require. All of that means that the pandemic could set back much of the progress women have made in the workforce.

A new study from McKinsey & Co. and Lean In shows that an equal number of men and women have considered leaving the workforce due to the pandemic. But among people with children, mothers are more likely than fathers to say they’ve considered cutting back on work. The gender discrepancy rises further among people with children under 10. And 40% of mothers say they’re doing at least three additional hours of child care and domestic work since the pandemic began, compared with 27% of fathers.

Both men and women report a rise in exhaustion and burnout, as workloads rise even as demands at home climb, but half of employers haven’t adjusted performance criteria, according to the survey. Only 8% have reduced workloads, so the “double shift” women have long been saddled with is turning into a triple.

Debate it: The hottest take on the presidential debate comes from “Weird Al” Yankovic, who braves a fiery apocalypse to take on the role of musical debate moderator, lobbing questions at an auto-tuned Biden and Trump in a new video. The song is a true mashup, made with musicians The Gregory Brothers and published in the Opinion section of the New York Times website.

Clipped wings: Protections for the airlines outlined in the CARES Act expire today, and workers are expecting a surge in layoffs for an industry already hard hit by the calamitous drop in elective air travel, reports the New York Times. Many are opting for early retirement, getting out on their own terms before what looks like inevitable bloodletting.

Shoe-in: Fashion designer Kerby Jean-Raymond is the latest artist to take on a creative director role at a brand. He will help create Reebok products destined for store shelves in 2022, reports Ad Age's Adrianne Pasquarelli. Jean-Raymond is the founder of menswear label Pyer Moss, which collaborated with Black Lives Matter in 2015, long before it was, uh, fashionable to do so.