When Is a Campaign Too Creative for Comfort? | Ad Age
Skip to main content
Sign In Register

When Is a Campaign Too Creative for Comfort?

Mission Iraq, Homeless Hotspots Efforts Raise Issues About Whether Some Pushes Are Too Edgy for Their Own Good
READ THIS NEXT
Dodge pays homage to history with EV logo

Last year, the New Zealand distributor for gaming-headset company Turtle Beach sent a gamer on a mission to an Iraqi war zone. After hearing cries of "war tourism" from the public, Turtle Beach disassociated itself from the marketing campaign after the first YouTube trailer.

But the distributor, Fiveight, soldiered on with "Mission Iraq," posting dramatic video of 23-year-old Phil Cummings escaping dangers. Only at the final episode was it revealed that the entire thing was staged—in Turkey. The only person unaware of that was Mr. Cummings. The tagline: "As real as you want it to get." 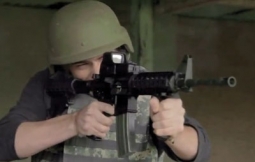 Turtle Beach's Mission Iraq turned out to be Mission Turkey.

The "Mission Iraq" campaign is only one example of recent creative work that generates buzz but teeters on the line of appropriateness. Consider the debate over the "Homeless Hotspots" push at SXSW, in which homeless people carried around mobile Wi-Fi in exchange for suggested donations; or the "mean-vertising" label stuck on a campaign for a Canadian hair-transplant company in which agency Rethink Vancouver installed mirrors on subway-car ceilings to draw attention to commuters' bald spots.

These projects raise important questions about whether a campaign can be too edgy for its own good, as well as about what creatives should or can do when work makes them uncomfortable -- morally, socially or emotionally.

Ted Royer, executive creative director at Droga5, New York, said he gauges that by asking: "Is this edgy for the sake of being edgy, or is there a reason behind it?" Mr. Royer was not speaking specifically about the Turtle Beach campaign, however, which was created by the agency's New Zealand office. 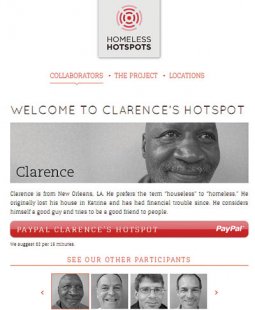 P> Geoffrey Roche, founder of Lowe Roche, advises creatives to ask themselves if the idea is right for the client.

"If you don't put yourself in his shoes, and just do what is in your best interest, then you are doing something wrong," Mr. Roche said. "Is this worth selling 200 extra headphones for?"

Mike O' Sullivan, creative partner at Droga5 NZ, defended the Turtle Beach work, saying that bold is in the eye of the target audience.

"Gaming is not like selling butter," Mr. O' Sullivan said.

But polarizing the audience is also a consideration, said Mr. Royer. While it's important to speak to consumers, he said, you have to think about a project's wider impact.

"Don't you want to be doing interesting, trendsetting work beyond just the campaign?" he asked.

Ben Ward, the client lead at Fiveight, said that , in retrospect, he would have released all the episodes at once so that people could "judge the project in its entirety."

Ian Grais, Rethink Vancouver's creative director, said that when the idea to use subway mirrors was brought up in meetings, people pointed out that it was cruel -- similar to setting up mirrors to suggest people need to lose weight.

"But we decided it was neutral," said Mr. Grais. "You chose to decide what they meant."

Mr. O' Sullivan's "gamers are different" reasoning seems to have worked for Deutsch, L.A., in a Sony PlayStation campaign that let users shoot a real M29-SAW at a truck using their keyboards.

"You may not approve, but you can't deny it's cool," said VP-Communications Jeff Sweat, adding that "the concerns over safety and a possible backlash were a constant consideration."

It's also wise not to execute a provocative campaign in a bubble but to involve other departments, such as PR (to prepare for potential blowback) or sales (to have answers ready when customers start asking about it).

For example, Mr. Roche said he would walk such campaigns around the agency, from creative to client services. "If it didn't feel right to them, we would think twice," he said.

As the infamous Homeless Hotspots illustrates, even well-meaning efforts can draw fire. Agency BBH Labs was surprised by the critics, who called the stunt "dehumanizing," among other things. The campaign was a "social experiment," according to the firm's blog, and it plans to return to the drawing board for the program's next phase.

Creatives should guard against taking the attitude that "everything is OK because the work is only going to be on YouTube," Mr. Roche said. After all, "What if it goes viral?"

"Call it the Goldman Sachs test ," he said. "If this is something Goldman would do to its clients, don't do it."