Why A-Rod's Peers Will Be Paying for His Mistake

CHICAGO (AdAge.com) -- Alex Rodriguez's admission last week that he used steroids is likely to cost his baseball-playing peers far more than it will ever cost him.

Lest any marketer assume that the aging likes of Barry Bonds and Roger Clemens were taking their steroids-related headlines into retirement with them, A-Rod's admission provided a reminder that ballplayers are still a riskier proposition than ever for marketers.

Zimmerman" /> Not only is Mr. Rodriguez a full generation younger than Messrs. Bonds and Clemens, but he was also long held up as the clean player who would ultimately purify baseball's tainted record books. Now he's done the opposite: He's made a whole new generation of ballplayers suspect by association.

"There are plenty of young, talented, apparently clean players who you'd think would be getting lots of deals," said Jim Andrews, senior VP at sponsorship firm IEG. "But in an economy where everybody is looking to cut back wherever they can, anything that carries a risk does not do well. ... And this is a reminder that baseball players are still a very big risk."

Indeed, Mr. Rodriguez's admission reminds marketers -- and consumers -- that he was one of a startling 104 Major League players to anonymously test positive for performance-enhancing drugs in 2003.

To hear Mr. Andrews and other sports-marketing experts tell it, the biggest losers in the fallout from Mr. Rodriguez's admission may be young, talented, charismatic, scandal-free players who, by all rights, ought to be endorsement features by now.

"You just don't point brands to baseball [stars] first anymore, even if it looks like a fit," said Paul Swangard, director of the Warsaw Sports Marketing Center at the University of Oregon. "And now, unfortunately, A-Rod has given the story a new in. The story has legs again, and the sport looks even riskier than it did just a few days ago."

But Alan Nero, a veteran player agent with Octagon Worldwide, whose clients have included baseball stars such as Randy Johnson and Chien-Ming Wang, disagreed that Mr. Rodriguez's steroids admission would hurt younger players' endorsement prospects. To the contrary, he said, it will help.

"I just think A-Rod puts it over the top already, because people are so sick of it," he said, noting that baseball has since tightened its drug-testing standards. "There's a real hunger out there for fresh faces."

Neither Mr. Swangard nor Mr. Andrews said he expected baseball deals at the league or team level to suffer as a result of the latest steroid flap. Both men noted that attendance and ratings have been largely unaffected by years of evidence of widespread cheating by players.

Stand by your man
Nor did they say they think A-Rod himself would notice much difference in his already tepid endorsement picture. His only major deals are with Nike, Rawlings and Topps.

Nike said last week: "Nike does not condone the use of illegal substances in sport and agrees with Alex Rodriguez that they should not be used. We will have no further comment at this time."

Rawlings didn't respond to an inquiry by press time, but the glove and batting-helmet manufacturer's track record suggests Mr. Rodriguez needn't worry. The company still counts Washington Nationals catcher Paul Lo Duca as a member of Team Rawlings. Mr. Lo Duca achieved some notoriety when images of personal checks and handwritten notes he'd sent to a notorious steroids dealer surfaced in Major League Baseball's official report on steroid use in the game. The report alleged he had purchased six kits of human growth hormone for $3,200 apiece.

Twenty-six world championships, the most in any team sport. Three players -- Babe Ruth, Joe DiMaggio and Mickey Mantle -- that are, arguably, synonymous with the game. No names on the backs of their uniforms. Personal-decorum rules such as no facial hair except for neatly trimmed mustaches. 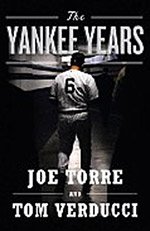 Inside baseball: Torre memoir.
More than any other team, perhaps, the New York Yankees carefully cultivate their image and fiercely protect their brand.

But that brand, and the Yankees' marketing machine, might be losing some luster in the wake of several issues in the past few months, culminating with last week's admission by third baseman Alex Rodriguez that he used performance-enhancing drugs six years ago, before coming to New York.

"There seems to be a separation forming between Yankee tradition and what fans are seeing right now," says Darin David, director of Millsport, the Dallas-based sports-marketing division of the Marketing Arm. "Public perception of the team is changing."

By way of comparison, Mr. David said, just look at the Texas Rangers. Mr. Rodriguez said it was while he was playing for Texas that he used steroids. In the 2007 Mitchell Report, 16 former Rangers were named as having used performance-enhancing drugs. But, Mr. David said, "no one seems to care. ... The Ranger brand doesn't have an identity or a perch to drop from. It's the Yankees who have an image to live up to."

The Yankees, through spokesman Jason Latimer, declined an interview request.

There have been other public-relations hits to the Yankees' brand. Earlier this month came the publication of former manager Joe Torre's book, in which he wrote about some of the inner workings of the clubhouse -- including that some players called Mr. Rodriguez "A-Fraud," a caustic take on his A-Rod nickname -- as well as a painfully detailed account of his last day as manager.

The franchise also suffered some backlash during the holidays for signing free-agent pitchers C.C. Sabathia and A.J. Burnett, along with first baseman Mark Texiera, to a combined total of $423 million in contracts at a time when the economy is in tatters and thousands are being laid off each week.

Then there is the ongoing saga of the new $1.3 billion Yankee Stadium. Last month, the team had to go back to the state and ask for another $259 million in tax-exempt bonds to finish the project. When the stadium opens for business April 16, the best seats in the house will go for $2,500 a pop (and who knows if the usual suspects in the corporate world will even have that kind of money to throw around?).

Oh, and the Yanks missed the playoffs last season for the first time in 14 years, haven't been in a World Series since 2003 and haven't won one since 2000.

Perhaps the New York Daily News summed it up best in its Feb. 11 edition, with a back-page headline quoting Yankee captain Derek Jeter: "It's Always Something."

"Is the Yankee brand suffering? No more than baseball's," said Harry Beckwith, strategic director of the New Jersey-based branding firm Beckwith Partners. "The Yankee brand always has had these enormous strengths and weaknesses. It's an inkblot; it depends on who sees it as to what people see. But the brand is good for baseball, because every great story needs a villain, and the Yankees are that villain almost everywhere you go."

Mike Vaccaro, who chronicles the Yankees as the lead sports columnist for the New York Post, said the storied franchise is too big for even Mr. Rodriguez to make a dent, and there's only one thing that would hurt the brand and the business model: losing.

"The Yankees are predicated on winning; their image is as American sports' pre-eminent winner," Mr. Vaccaro said. "When their product is a 75-win team instead of 100, then they're not getting 4 million people to the park no matter how new their building is, and then the brand takes a hit."