Fiat Chrysler has appointed Accenture Interactive as global experience agency of record for Maserati, with a brief spanning eight major markets including the U.S., Japan, and Europe.

Accenture Interactive claims the move is a major step forward in its quest to take on the traditional agencies at their own game. 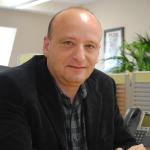 Anatoly Roytman, managing director of Accenture Interactive in Europe, Africa and Latin America called the move "a game-changer in the industry. We've arrived. There was no pitch because no other agency could offer this entire, end-to-end scope. It's our first win using everything we have as Accenture Interactive."

This year for the first time, four consultancies cracked Ad Age's ranking of the 10 largest agency companies in the world, with Accenture Interactive leading the pack.

Roytman was behind last year's acquisition of London creative agency, Karmarma, which will lead the Maserati account. The focus is on being a customer-centric "experience agency," looking at every point where the consumer comes into contact with Maserati. This includes brand and creative work, digital advertising, strategy and content production, campaign management, SEO, analytics -- everything down to the test-drive experience.

Accenture Interactive already works with Fiat Chrysler on smaller-scale projects. The success of the Maserati partnership will be judged on how many cars are sold, says Roytman. "It's not about clicks and views; our KPIs are about selling cars to the right audience," he says.

Roytman claims Accenture Interactive has broken down traditional silos. He says, "We've learned step by step. We bought a service agency Fjord (in 2013) and integrated that – it was a learning curve. Then we bought a performance agency, then production."

The process of building Accenture Interactive into a network that can take on Maserati globally has taken time. "Each acquisition taught us lessons around maintaining an agency's culture while integrating it into something bigger," Roytman says. "Putting a more technical business together with emotional creative people is not easy. It requires the right environment, where both sides can express themselves. We go as fast as we can without breaking them in the process."

But the agency has been steering clear of media. "We never wanted to be in media," Roytman says. "We don't want to be in the commission business and we agreed not to do that from the beginning. It's not a good model to get involved in."

He adds: "We all need to change. The consultancies need to go beyond the single project mindset. Clients need a partner to generate growth, and it's not possible to do that on a project basis."

He concedes, however, that Accenture Interactive still has a way to go. "The majority of clients still buy in the traditional way, and procurement is not set up to deal with this new model. But the pace of change is getting faster and faster. "

"We want to engage with our customers across all channels in more meaningful ways. Accenture Interactive have the capabilities to manage our customer touchpoints holistically so we can deliver great experiences that build consistent, seamless and authentic interactions with our discerning customers," says Jacob Nyborg, Maserati's head of marketing, in a statement,

Maserati has been responsible for several celebrated Super Bowl ads over the years, but none since Saad Chehab quit as global chief marketing officer in October 2015. Italy-based Nyborg was promoted to the role in September 2016.