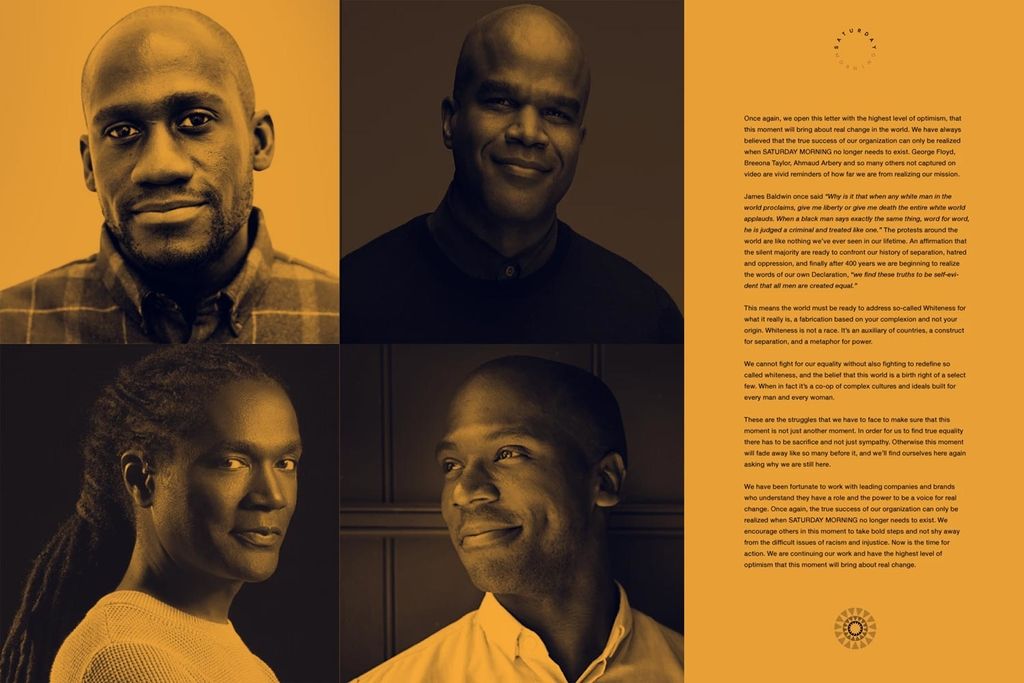 Ad Age kicks off ‘Future of Creativity’ event today
Ad Age’s 2020 Creativity Digital Edition, available now, includes the winners of our Creativity Awards. The issue also kicks off the “Future of Creativity,” our four-day-long virtual event that brings together the industry’s top and rising leaders to discuss how the business needs to evolve.

Speakers today will include David Droga, Colleen DeCourcy and Richard Brim—from Agency of the Decade Droga5, Agency of the Year Wieden+Kennedy and International Agency of the year adam&eve/DDB,  respectively—who will go behind the work in an A-List roundtable session and discuss the impact of the pandemic on the industry. There will also be an "honest conversation" session with the co-founders of Saturday Morning, while the winners of the Creativity Awards will be honored at a virtual ceremony. Tune into the livestream by registering here.

Download the Digital Edition here and check out the winning cover design from our competition for young creatives, for which this year's brief was to show how creativity has fueled the industry during the pandemic. Designed by Alexandra Lopez of MullenLowe and Miguel Bades of J. Romero in the Philippines, the cover depicts a simple yet striking scene that shows a sole creative toiling away at a desk, serving as a bright, expansive light in the process.

The Saturday Morning coalition was founded nearly four years ago in the wake of the killings of Alton Sterling and Philando Castile at the hands of police. As Ann-Christine Diaz writes, leaders Keith Cartwright, Geoff Edwards, Jayanta Jenkins and Kwame Taylor-Hayford have released a letter following the killing of George Floyd and others.

“We cannot fight for our equality without also fighting to redefine so-called whiteness, and the belief that this world is a birth right of a select few," they write. "When in fact it’s a co-op of complex cultures and ideals built for every man and every woman.” The letter also asserts that the goal is for a world where the organization would be obsolete. “The true success of our organization can only be realized when Saturday Morning no longer needs to exist," the letter states.

Kadir Nelson's powerful New Yorker cover
As protests continued over the weekend, with more anger stirred by the shooting of another black man, Rayshard Brooks, by a police officer in Atlanta, the New Yorker has unveiled a powerful new cover reflecting racial injustice.

Created by the painter, author and illustrator Kadir Nelson, “Say Their Names” embodies the history of violence against black people in America, depicting the faces of some of those killed by police, from the present day back to the days of slavery. They include George Floyd, Ahmaud Arbery, Trayvon Martin, Tony McDade, Breonna Taylor, Rodney King and others, as well as a depiction of the 1921 Tulsa race massacre and an illustration reflecting America’s “unnamed” slaves. You can explore the cover here.

Starbucks' U-turn on Black Lives Matter shirts
As brands respond to the Black Lives Matter movement, we're continuing to see rapid changes in corporate policy. After L'Oreal made peace last week with Munroe Bergdorf, the black model it fired, the latest comes from Starbucks. The coffee chain announced on Friday that it is issuing Black Lives Matter attire to baristas. The move came after a somewhat embarrassing U-turn on the issue.

As Ad Age's Jessica Wohl reports, Starbucks said it will distribute T-shirts bearing social slogans including “Black Lives Matter” and “It’s not a moment, It’s a movement” to employees at company-owned stores in the U.S. and Canada. Earlier in the week, Starbucks told employees in a memo that the company had a longstanding policy against buttons or pins that advocate for a political, religious or personal issue.

After the decision was reversed, executives including Chief Operating Officer Roz Brewer wrote to employees: “These are alarming, uncertain times and people everywhere are hurting. You’ve told us you need a way to express yourself at work.”

Just briefly
Slashed: Magna is further slashing its ad sales outlook for 2020 in the wake of the coronavirus pandemic, writes Ad Age’s Jeanine Poggi. The agency now expects a 4.3 percent decline in U.S. revenue to $213 billion, down from its forecast in March of a 2.8 percent drop in ad revenue this year.

IPG’s race breakdown: Interpublic Group of Cos. CEO-Chairman Michael Roth has released the breakdown of its workforce by race for the first time, reports Ad Age’s Lindsay Rittenhouse. The chart compares IPG's minority makeup within its executive ranks to statistics within the overall sector. It reveals, for instance, that only 2.6 percent of IPG's senior executives and managers are black or African American, compared to the sector stat of 2.4 percent.

Band-Aid diversity: Johnson & Johnson revealed in an Instagram post that it is rolling out a Band-Aid in different skin tones to support racial diversity. However, reports Ad Age's Jack Neff, it's not the first time it has been done; a similar product launched in 2005 was discontinued.

Twist of the day: Diesel documents the journey of a transgender protagonist to transition from male to female in a new spot the fashion brand released to coincide with Pride month. However, that’s not the end of the story. In a twist, the final reveal shows her entering a convent to become a nun. The film, by Publicis Italy, was created in conjunction with Diversity, an Italian association committed to promoting social inclusion. You can watch it at Creativity. Meanwhile don’t forget to check out the Top 5 campaigns from last week, including Procter & Gamble’s latest racism-themed spot, “The Choice.”