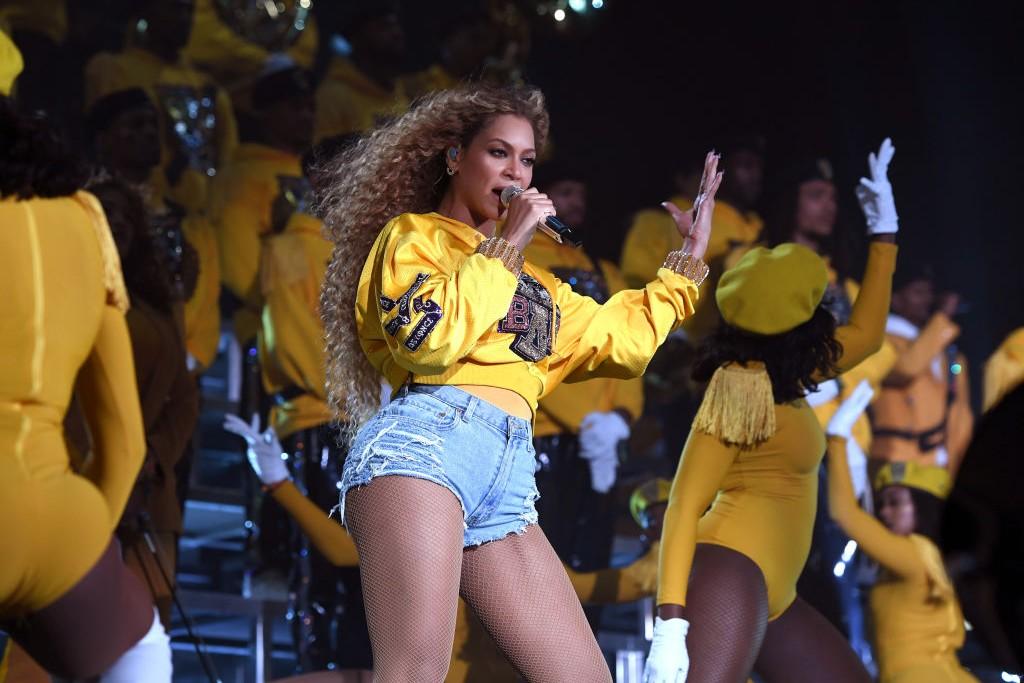 What people are talking about today
A few days ago, Adidas foreshadowed something big. “A new beginning,” the brand wrote on Instagram. Now we know what it is: Adidas just announced a major partnership with Beyoncé. And we understand why Adidas was hyping this so breathlessly. Ad Age’s Adrianne Pasquarelli writes: “The deal extends beyond a mere celebrity collaboration: Beyoncé is expected to be involved in product creation, including shoes, for both the performance and lifestyle categories.”

In retrospect, it's clear that Adidas’ cryptic Instagram teaser post dropped a clue about what it had planned. The illustration was a yellow square with three black stripes, echoing Adidas’ three-stripe logo. But the bee-like stripes also nodded to Queen Bey.

‘Short on details’
Snapchat is at work on an ad network that will deliver ads to apps outside Snapchat. It’s called the Snap Audience Network. What else do we know about it? Not much.

The ad network was among the big announcements at the Snap Partner Summit in Los Angeles. But Ad Age’s Garett Sloane writes that the company was “short on details … as to the type of targeting that would be available and what partners would be first to adopt it.” Brian Wieser, global president of business intelligence at GroupM, told Sloane that Snapchat needs to fill its own ad inventory before expanding outside its walls. “Ad networks make sense when you have unsold inventory or to alleviate price pressure,” Wieser says.

Backlash
A boycott of luxury hotels owned by the sultan of Brunei is gaining momentum; in the agency world, R/GA tweeted that it had joined the protest, sparked by the southeast Asian kingdom’s move to punish gay sex by stoning people to death. George Clooney, Ellen DeGeneres and Elton John are among the celebrities urging people to stay away from the group of nine ultra-exclusive hotels, including the Beverly Hills Hotel, Le Meurice in Paris and The Dorchester in London. All are owned by the sultan’s Brunei Investment Agency.

The hotels’ corporate parent, Dorchester Collection, released a statement describing itself as an inclusive and diverse company that “does not tolerate any form of discrimination.” Meanwhile, its social media accounts are no longer accessible. Dorchester Collection said it deactivated them because of “personal abuse directed at our employees.”

Things that make you go hmmm: “The Cannes Lions Festival of Creativity announced on Wednesday that Alexander Nix, founder and former CEO of controversial data and political firm Cambridge Analytica, would be among its list of featured speakers for this year’s five-day event,” Adweek writes.

Ad of the day: Now Google Assistant can speak in John Legend’s smooth voice. You just have to ask, “Ok Google, talk like a Legend.” And “the musician’s silky, seductive voice will then speak, although at times in slightly choppy, robotic fashion,” Ad Age’s Ann-Christine Diaz writes. He’ll sing you a song, too. Check it out here.

Calling young creatives: Ad Age is accepting submissions for our 10th annual design-a-cover contest for young creatives. It’s free and open to global creatives and students age 30 and under. Details are here.