How Adland's Vicious Billing Cycle Is Costing Everyone

It's straight out of Finance 101: If you want to boost how much cash you have on hand, just pay your bills more slowly.

Of course, that simple adjustment by those with the clout to pull it off can have far-reaching implications -- something adland is finding out the hard way. 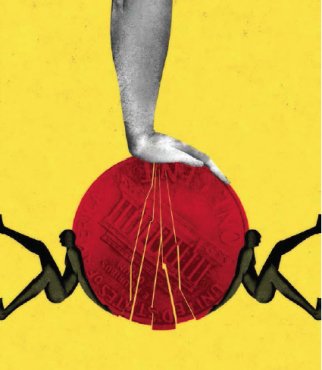 As big marketers like Procter & Gamble Co. and Mondelez stretch payment terms to 75 and 120 days respectively, the entire industry -- from agencies to production to media companies -- is feeling the effects.

And it's a bitter pill to swallow for many down the food chain. While those marketers have more cash to offer their shareholders through dividends and stock repurchases, agencies and others are left wondering, "What about our investors and employees?"

The situation can leave another bad taste in a vendor's mouth: the idea that they're essentially serving as a bank, extending a line of credit to clients that have the financial wherewithal to pay in a more timely fashion but have decided they have more important considerations.

NOT THE BEST RESULTS

Sanford C. Bernstein analyst Ali Dibadj said the need to preserve cash to help finance dividends and share repurchases is one likely factor behind efforts to stretch payments, because P&G doesn't need more for other purposes and can borrow short-term for close to nothing if it did.

"When growth is hard to come by, you do what you can," Mr. Dibadj said, noting the share repurchases have been well-received by Wall Street.

P&G and others have tried for years to achieve most-favorable-client status in order to attract the best agency talent. But if they end up paying more slowly than other clients, former P&G procurement executive and now consultant Gerry Preece said, they may not get the best talent because agency executives will be reluctant to put top talent on their accounts.

A P&G spokesman said in an e-mail that the company is working with agencies and others in a sense of "collaboration," adding that the "supply-chain financing" P&G is helping establish will allow companies to leverage P&G's strong credit rating to get paid faster through banks using P&G's receivables as collateral.

"If the credit market has tightened for smaller companies," he said, "then this program could be even more attractive."

For its part, Mondelez said extending payment terms to 120 days "allows us to better align with industry and make sure we compete on fair grounds, while simultaneously improving transparency and predictability of payment processes."

Slower pay is spawning new ways of coping, like generating purchase orders for production well before a project is ready and considering receivables financing, a practice once rare in marketing services.

Of course, agencies can always say no. But Mr. Wieser and others doubt many will do so over extended pay terms. Losing a major account always stings, especially for the public holding companies whose stock can be badly rattled by that kind of news.

Former P&G Global Marketing Officer Jim Stengel, now a consultant, noted that it took some wooing for P&G to bring Wieden & Kennedy into the fold last decade. "Wieden is still private, so they can do what they want," he said. "And I cannot imagine P&G would want to lose them, with the Olympics work. That would not be good."

Anheuser-Busch InBev was one of the first marketers to extend payment terms, implementing a 120-day policy in 2009. Brett Colbert, a former A-B InBev employee who oversaw the brewer's global procurement, now has a different perspective on the issue as the chief procurement officer for agency holding company MDC Partners.

"Something that may have seemed like a good idea then did not deliver the best results," he said. "The best result remains that you pay the best people when they need to get paid based on an industry best practice."

An executive with a marketing-tech startup said 60 days has replaced 30 days as the standard for when payments are received. Add to that the 60 to 90 days it takes to generate billable work for a new client and it can mean five months before any cash arrives. The bright side, however, is that venture investors see that as "a good problem to have" because it means that the startup is generating new business.

Officially, at least, media companies aren't budging from their payment terms, though executives of two media companies said late payment from advertisers is business as usual these days. "Of course we're getting paid later," said one. But, the exec added, "we always get paid."

One TV executive noted that there's an incentive for advertisers to not stretch their TV payment terms -- if the network doesn't get paid in a timely matter, the ads don't run. (Of course, it's hard to imagine any network telling that to the world's biggest advertiser, P&G.)

Bonnier Corp., which runs Gillette ads in Field and Stream and Popular Science, has not felt P&G's decision to lengthen the amount of time it takes to pay agencies, according to Bonnier Exec VP Eric Zinczenko. But if Bonnier heard overtures from P&G or any of its largest media partners about extending their payment terms, the company would be "sensitive ... and would consider adjusting to help their business needs," Mr. Zinczenko said. "That said, we don't see any reason to deviate from our current [payment] term," he added. "It's not an issue at this time."

A spokesperson for Parade magazine also said it has not heard from P&G about extending its payment term.

Although terms vary from company to company, magazines, on average, expect advertisers to pay in 60 days or sooner, according to Chris Kevorkian, chief marketing officer at the MPA-Association of Magazine Media. Bonnier and Parade give advertisers 30 days; The New York Times expects payment from print advertisers in 15 days and digital subscribers in 30 days; The Wall Street Journal requires 30 days from both print and digital advertisers. Two of the largest digital-only publishers -- Mashable and BuzzFeed -- said they expect payment from advertisers in 30 days, which is the standard set by the Interactive Advertising Bureau. A Mashable spokesperson said the website might give advertisers as many as 60 days when it's a bigger job.

Despite the standards that publishers set, billing cycles are becoming more uneven partly because of the number of advertising venues to consider. For instance, an advertiser might appear in print, online and in tablet editions, or work with a publisher to stage an event.

"If we're executing an event for a client and there are startup costs, the term isn't 30 days—it's now," said Bonnier's Mr. Zinczenko.

At the tail end of the advertising ecosystem -- production -- slower pay has become a growing issue for an industry made up heavily of smaller players with thinner margins.

Union contracts call for labor to be paid in two weeks or else the company is fined, but one production executive said, "We get paid sometimes months afterward, so we are floating billion-dollar agency networks and companies sometimes millions of dollars."

Stephen Dickstein, founder and CEO in Recommended Media and former president of productions houses Partizan and Propaganda Films, said 3% to 5% net margins are the norm in an industry where people used to bank on a strong cash flow that's becoming ever slower.

Mr. Dickstein said he thinks "there will be finance products that will bridge the payment schedules, and there will be a cost to that." Even if it's a 1% to 2% interest rate, that's a lot for companies operating on thin margins, so they'll be forced to try raising prices.

In some countries, such as Italy and Poland, slow payment has led to consolidation into better-funded companies that Mr. Dickstein said has hurt creativity.

It's standard practice for commercial-production companies to seek 75% of the project costs up front, which is meant to at least cover the union labor, said Judy Dusterberg, VP of production-consulting company MRA Services, Cincinnati. But with payments having largely stretched to 60 days from 30 in recent years, she said, that's added to pressure on production houses.

Agencies can get squeezed on financing production if they have to front the money to produce something then wait for months to get paid by a client, which MDC's Mr. Colbert said affects "the whole supply chain."

The fact that it can take another 60 to 90 days to generate purchase orders because of "rigid payment systems" on the marketer side makes it hard to do anything quickly, said Ms. Dusterberg. So agencies increasingly do estimates and start the purchase-order process well before creative details are complete.

"So the money now will roll into the agency coffers in time for the award of the project," she said. "Agencies for years would put the money out and wait for clients to get money to them. But because of the long lead times to receive money, it's made a big change in the whole business."

~ ~ ~
CORRECTION: An earlier version of this article incorrectly credited Brett Colbert, chief procurement officer of MDC Partners, with saying that venture investors see delayed billings is a "good problem to have." The comment was made by an executive with a marketing-tech startup.