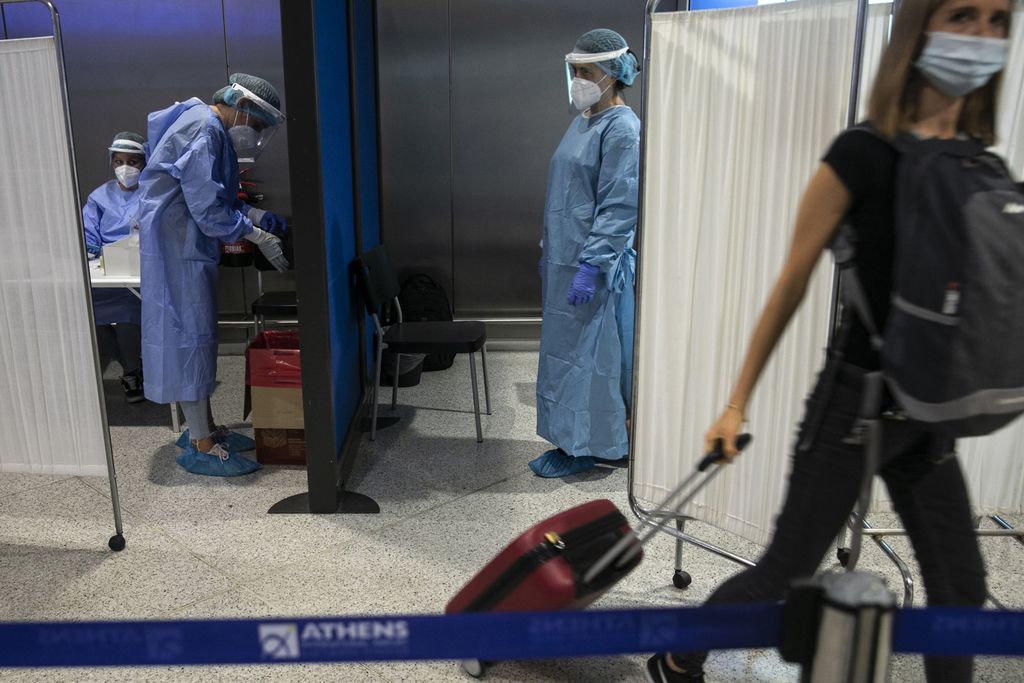 The outlook has turned increasingly grim for airlines taking stock of a disappointing summer.

Universal coronavirus tests for departing passengers offer the only realistic hope of reviving demand for flights in the absence of a vaccine, the International Air Transport Association said.

The 100 percent adoption of rapid antigen tests, which should be available next month, would remove any need for quarantines that are currently “killing” the market, IATA chief Alexandre de Juniac said on a media call Tuesday.

While the call for testing isn’t new, the outlook has turned increasingly grim for airlines taking stock of a disappointing summer with rising infection rates and restrictions dashing hopes for a recovery. Just this week in Europe, Deutsche Lufthansa AG has said it will slash more jobs and planes from its fleet, the CEO of Air France-KLM warned of further cost cuts, and tour operator TUI AG lowered its outlook for capacity through year-end.

To date, the industry’s many calls for a unified approach to air travel have been hampered by individual countries loath to surrender health policy responsibilities to outsiders. Even proposals for so-called travel bubbles between pair of countries have run up against red tape and authority split among various agencies.

IATA will seek to convince governments of the case for rapid testing through the United Nations-mandated International Civil Aviation Organization, De Juniac said, adding that all of its members back the proposal. The airline industry’s main trade group has repeatedly blamed travel restrictions for holding back demand.

Tests would cost as little as $10, could be performed by staff without professional medical training, and would deliver a result in 15 minutes with 97 percent sensitivity, IATA said.

As well as allowing nations to relax curbs on flying, a universal testing regime would provide people with reassurance that fellow passengers were COVID-free. Governments should fund the program, De Juniac said.

Passenger traffic showed little improvement in August, according to IATA. Brian Pearce, its chief economist, said gains were limited mainly to domestic markets and that any advance in international demand was very, very slow.

The aviation industry is likely to see consolidation, driven mainly by the failures of weaker carriers rather than mergers, Willie Walsh, the former CEO of British Airways owner IAG SA, said in a separate webcast organized by Eurocontrol.

Still, Walsh said that ownership curbs were holding back the process, and the pandemic may spur governments to keep foreign ownership restrictions in place.

“It’s going to be a smaller industry five years from now,” said Walsh. “There will be fewer players.”