All the highlights from Super Bowl LIV: Monday Wake-Up Call

Including the Fate of Mr. Peanut and Jeep's 'Groundhog Day' reprisal
READ THIS NEXT
Twitter, YouTube step up misinformation crackdown, and TikTok viral paint star has a new job: Wednesday Wake-Up Call 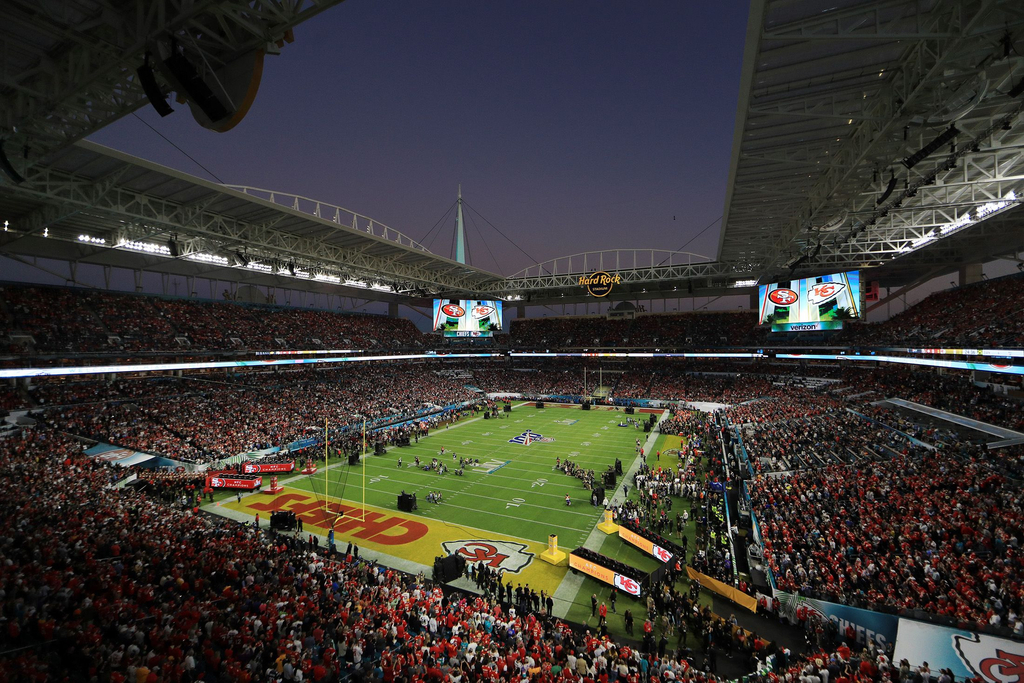 Super Bowl ad review
Super Bowl LIV is over, and it was one of those years when the game grew more exciting than the commercials as the Kansas City Chiefs edged out the San Francisco 49ers, coming from behind to win in the game’s last three minutes.

That said, there were plenty of ad highlights. Ad Age Editor Brian Braiker reviewed all the commercials in the game, awarding the highest ratings to two spots. The first is Microsoft’s commercial celebrating Katie Sowers, the first female coach in the NFL. “The spot concludes with a montage of girls and young women who, thanks to Sowers, have an open door,” writes Braiker. “Among the most powerful spots we’ve seen this game.” The other is SodaStream’s Mars water commercial. “It's witty and original in a way that we’ve come to expect from Goodby and company,” writes Braiker. “It also marks an effective departure from previous messaging, which pitted SodaStream against Big Cola.” Read all the reviews here, and if you want to watch all the ads yourself, you can view them all on AdAge.com.

Jeep's last minute reveal
This year it seems like we saw even more ads than ever prior to the event, but there were a few last-minute reveals, including Jeep’s reprisal of “Groundhog Day” with Bill Murray. Driving a Jeep is so much fun that Murray’s weatherman, Phil Connors, doesn’t care about reliving Feb. 2 over and over again (and he even loves the groundhog.) The ad was shot just eight days ago.

As E.J. Schultz reports, Fiat Chrysler Chief Marketing Officer Olivier Francois said “the stars magically aligned” when Groundhog Day fell on Super Bowl Sunday for the second time in 54 years. But how did Fiat persuade Murray to do it all over again? Francois revealed: “I had the incredible luck to meet Bill in person a few years ago, and I knew then that he was perfect for Jeep. Because like Jeep, Bill is a free spirit, he intentionally seeks out ways to find adventure and live an extraordinary life.”

The fate of Mr. Peanut, and more Super Bowl surprises
The mystery of Mr. Peanut was also solved, as the 104-year-old deceased mascot was brought back to life in the form of a baby peanut. As Jessica Wohl reports, the campaign from VaynerMedia earlier "drew heavy scrutiny in the wake of the Jan. 26 helicopter crash that killed Kobe Bryant, his daughter Gianna and seven others." But the brand ultimately decided to go through with the in-game ad, which featured mourners including Kool-Aid Man and Mr. Clean at the funeral.

During the game, Planters milked the schtick for all it was worth, asking visitors to Mr. Peanut’s Twitter handle to give him directions about “what to do next,” a G-rated version of what Burger King once did for Subservient Chicken. Planters also launched a “Baby Nut” shop selling merchandise such as a $28 hooded baby blanket.

But the social media—er, is "sensation" the right word?—came from another Super Bowl advertiser, President Donald Trump, who congratulated The Kansas City Chiefs in a tweet that said they are  from “the great state of Kansas,” which was quickly amended to “the great state of Missouri.”

Brand mashups
This year's Super Bowl saw more brand mashups than ever, writes Ad Age's Jack Neff. As well as the Mr. Peanut funeral ad, Procter & Gamble incorporated four outside brands into its four Tide ads and at least seven (arguably eight) others into a 60-second corporate ad. The latter was a product of 228,000 minutes of viewers making decisions since Thursday, resulting in 200 versions of the ad, according to a company dashboard.

So Super Bowl LIV is over, but we’re not done yet. Check back with AdAge.com all day for more Super Bowl coverage and a whole lot of Monday morning quarterbacking.

Just briefly:
China stocks plummet: Amid the escalation of the coronavirus, stocks in China tumbled as the country reopened its stock market this morning following an extended lunar new year holiday. The Financial Times reports that stocks fell as much as 9.1 percent, marking the worst opening in nearly 13 years. Meanwhile, Apple said that it would close its stores and corporate offices in China until Feb. 9, according to the Wall Street Journal.

Hulu CEO steps down: Hulu Chief Executive Officer Randy Freer is stepping down from the streaming service. The move comes as parent Walt Disney Co. is moving to integrate it more tightly with the rest of its online businesses, reports Bloomberg News.