A subscription to Luna+ costs $5.99 a month during an introductory period and will include games such as Resident Evil 7, Control and Panzer Dragoon
READ THIS NEXT
Netflix raises U.S. subscription price in sign of confidence 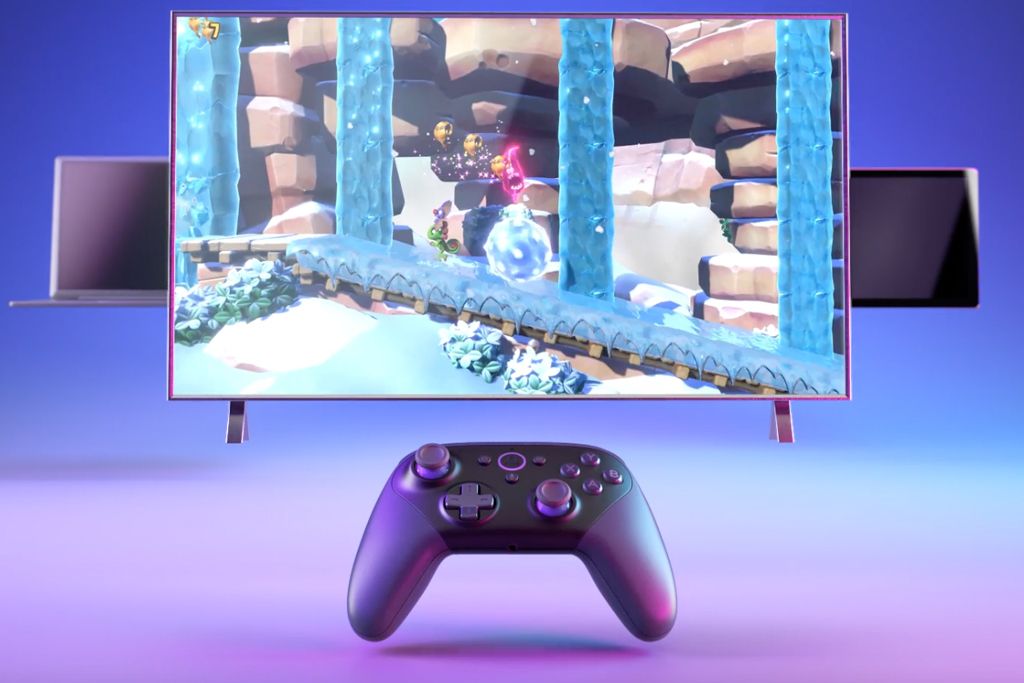 Amazon.com is diving into the new and hotly contested market for streaming video games, the company said during a press event Thursday that also revealed a refreshed lineup of Echo smart speakers and a flying home video camera.

Luna, a service that lets gamers play without shelling out for expensive game consoles or games, is Amazon’s biggest foray yet into the fast-growing $150 billion video-gaming market. A subscription to the Luna+ channel costs $5.99 a month during an introductory period and will include games such as Resident Evil 7, Control and Panzer Dragoon.

The offering, available at first to invited testers, will go head to head with rival services launched in recent years by the likes of Alphabet’s Google, Microsoft and Nvidia.

It is a long-anticipated debut for Amazon, which operates the largest network of on-demand software services through its Amazon Web Services cloud division. The company has also long harbored ambitions to expand its video game entertainment franchise beyond Twitch, the gamer-focused internet live streaming company it bought in 2014.

Amazon announced the game streaming program at a devices showcase. The company has held these events in recent years in an effort to stay ahead in smart speakers and accompanying voice software, a market the company helped invent with its Echo device and Alexa software.

Echo speakers and other smart home devices were the darlings of the consumer electronics world a few years ago, but growth has waned more recently. The COVID-19 pandemic gives Amazon a chance to re-ignite growth now that millions of consumers are working and studying from home.

Amazon maintains a lead in smart speaker sales over rivals such as Google and Apple. In recent years, the company has tried to expand Alexa’s domain beyond typical interactions like answering trivia or reading the weather, unveiling high-end music-streaming devices, internet-connected home appliances and tie-ins with automakers.

Amazon on Thursday tried to take its devices beyond the cylindrical smart speaker design it initially embraced. At the event, the company introduced new, spherical models of its bestselling Echo and Echo Dot speakers. Amazon also launched a revamped, 10-inch Echo Show, essentially a smart speaker with a tablet screen.

In a surprise, the company also debuted a flying video camera from its Ring home-security unit, called the Ring Always Home Cam. The device, available in 2021 and priced at $250, is designed to zoom around the house along pre-set pathways to investigate suspicious incidents.

Amazon said the device will only record video in flight, one of a series of nods to privacy during Thursday’s presentation. Amazon’s Alexa and Ring have been criticized by privacy advocates for security lapses and for not disclosing the role of human reviewers of audio and video recordings.

Amazon devices and services chief Dave Limp sought to emphasize the company’s work on giving users control over their devices and data, including through new end-to-end encryption protocols for Ring videos, and proactive prompts for Alexa users to review privacy settings. “I have a house full of our products,” he said. “And it’s important to me.”

The Luna service will be available for Windows and Apple computers, smartphones and tablets, as well as Amazon’s FireTV streaming sticks. For iPhone and iPad users, it will only be accessible through the web on Apple’s iOS operating system. The offering will also come to Google’s Android platform “soon,” Amazon said. Users can play with a keyboard and mouse, or with a Luna controller, which costs $50.

Support from big game publishers “is light,” Michael Pachter, an analyst with Wedbush Securities, wrote in a note to clients. He’s skeptical that Luna will succeed with a subscription business model, but expects Amazon to adapt its offering over time.

Amazon’s devices unit had already made two big announcements in recent weeks. The first introduced the Halo Band, a wrist-worn wellness tracker that Amazon said can evaluate your emotional well-being by analyzing the tone of your voice.

The company also offered more details about Amazon Sidewalk, a low-bandwidth wireless communications protocol designed to connect devices beyond reliable Wi-Fi range, and, potentially, stitch together a network for other Internet-of-Things devices.