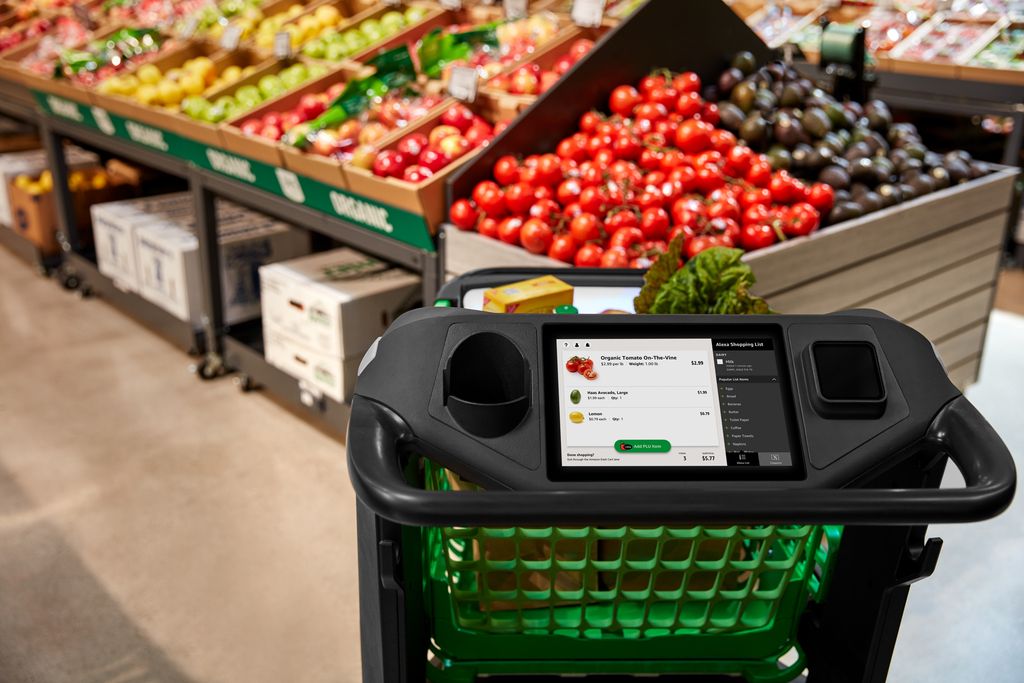 Amazon.com Inc. has developed a smart shopping cart that will ring up purchases and let consumers check out more speedily.

Equipped with a flat screen, the Dash Cart will debut at a new kind of supermarket Amazon is opening later this year in the Woodland Hills neighborhood of Los Angeles, the company said Tuesday.

The e-commerce giant has been trying to stand out in the competitive physical retail market, most notably with its Amazon Go convenience stores that automate the checkout process.

Earlier this year, the company confirmed that it will license a version of its Go technology, called “Just Walk Out,” to other companies. The system uses an array of cameras and algorithms to track shoppers as they browse and charge them automatically when they leave.

Installing Amazon Go technology in existing stores would require shutting the location down for an extended period. By contrast, smart carts can be deployed without disrupting operations. It’s unclear if Amazon plans to license the Dash Cart to other retailers, but it already has competition: Caper and Veeve both sell carts that let shoppers scan products as they roam the aisles. Caper, for instance, is used in Ctown and Foodcellar in Long Island City, New York.

Computer vision and sensors identify items as they’re placed in the cart, and shoppers will exit the store through a special lane that can identify the cart and process payment, the Seattle-based company said in an e-mail. The cart was designed for small- to medium-sized grocery trips and fits two grocery bags, Amazon said. It also features a coupon scanner.

Photos of the Woodland Hills store and planning documents seen by Bloomberg appear to show a conventional supermarket layout, with space for a pickup-and-returns counter.

The Verge reported on the cart earlier.