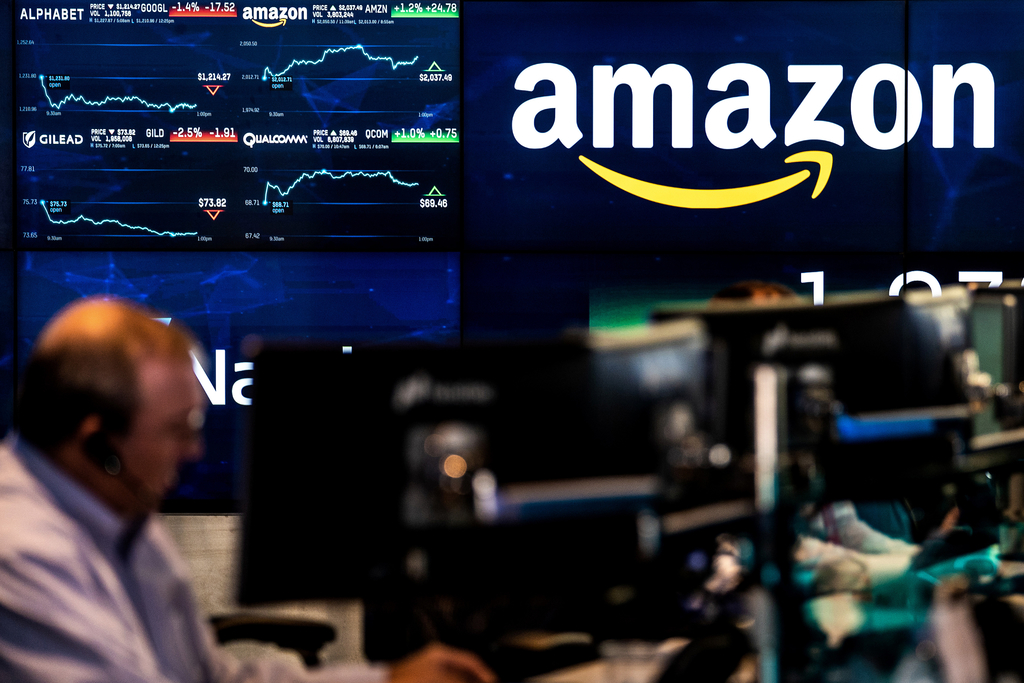 Give Amazon.com Inc. credit for being unpredictable.

When Amazon delivered second-quarter earnings on Thursday, it was a 180-degree turn from the Amazon that the financial world had seen for the last six months or more. That Amazon was confusingly lacking in the eye-popping rates of sales growth that had been the company’s trademark for the last few years.

In its place, though, was a suddenly profitable beast—at least by Amazon’s parsimonious standards. Investors felt pretty good about that Amazon, although they had a sense it might not last.

It didn’t. Amazon reported a pickup in second-quarter sales growth compared with the previous quarters and predicted a similar perkier rate for the third quarter. But the profits looked surprisingly meager again.

Digging into the numbers, Amazon reported a nearly 20 percent increase in revenue during the second quarter compared with a year ago, and the midpoint of the company’s guidance implies a similar growth rate for the three months ending in September.

At that point last year, those growth rates would have been disappointing, but this year Amazon was coming off a 17 percent gain in the first quarter and what analysts predicted would be an 18 percent pace for the second quarter. Amazon shot past the mark. The growth of individual items sold on Amazon also revived in the second quarter after sagging for a year.

Hitting the brakes
Amazon didn’t say much about what might have caused this relative revival of growth. Executives said shoppers are responding to the company’s slow shift of standard package delivery times for Prime members from two days to one. That was responsible, in part, for a step-up in the volume of items ordered, they said, though the average spending on each order decreased.

Some of this should have been expected. Amazon told investors three months ago that it would spend $800 million in the second quarter as it moves to speedier Prime shipping, and the company said costs were higher than that. Plus, Amazon said, its warehouses and shipping operation had hiccups in the shift to faster delivery on some items.

The company didn’t detail costs in the third quarter and well beyond, but Amazon made it clear that one-day shipping is not a one-time cost. Amazon also dialed up spending in less visible areas, including marketing, stock compensation and employees working on its cloud-computing unit and its homegrown devices.

Stock traders seemed caught a little off guard by the reversal. Shares in after-hours trading dipped about 1 percent. Amazon’s stock price has climbed more than 30 percent this year, but it’s up only about 6% in the last 12 months, including a significant slide for Amazon and other tech companies at the end of 2018.

The financial report on Thursday shouldn’t ultimately change the long-term narrative about Amazon, although it may confound people who had grown comfortable with a less turbocharged, more profitable new normal. Amazon’s chief financial officer seemed to stress that Amazon would work through the additional costs for shipping and that expenses would eventually return to more normal levels.

If, as Amazon suggested, faster Prime shipping is drawing more people into the company’s fold and growth re-accelerates for good, then a hit to profits will be worth it. One quarter definitely does not prove that, however, and the trend still seems to be that the rate of merchandise sales growth on Amazon is not much faster than that of overall U.S. e-commerce. That remains a worry, and it’s puzzling.

Also worrying is apparently vigorous interest on the part of U.S. lawmakers and antitrust regulators to look into whether Amazon or other technology superpowers are abusing their power to limit competition and hurt consumers.

Despite all the question marks, puzzles and Amazon’s unpredictability, the company’s potential remains intact.

It’s clear that retail sales will inevitably shift to the internet, which now accounts for about 15 percent of U.S. retail sales excluding restaurants. Amazon will benefit from that shift, and it has a pole position for riches as corporations modernize their technology and embrace Amazon Web Services and other cloud-computing software.

Retail sales and corporate technology together represent well over $25 trillion of annual spending worldwide, and few companies other than Amazon have a shot at grabbing significant chunks of such large categories of spending. The growth story is still intact. But the investor adoration for Amazon’s recently plump profit margins will need to cool off for a while.