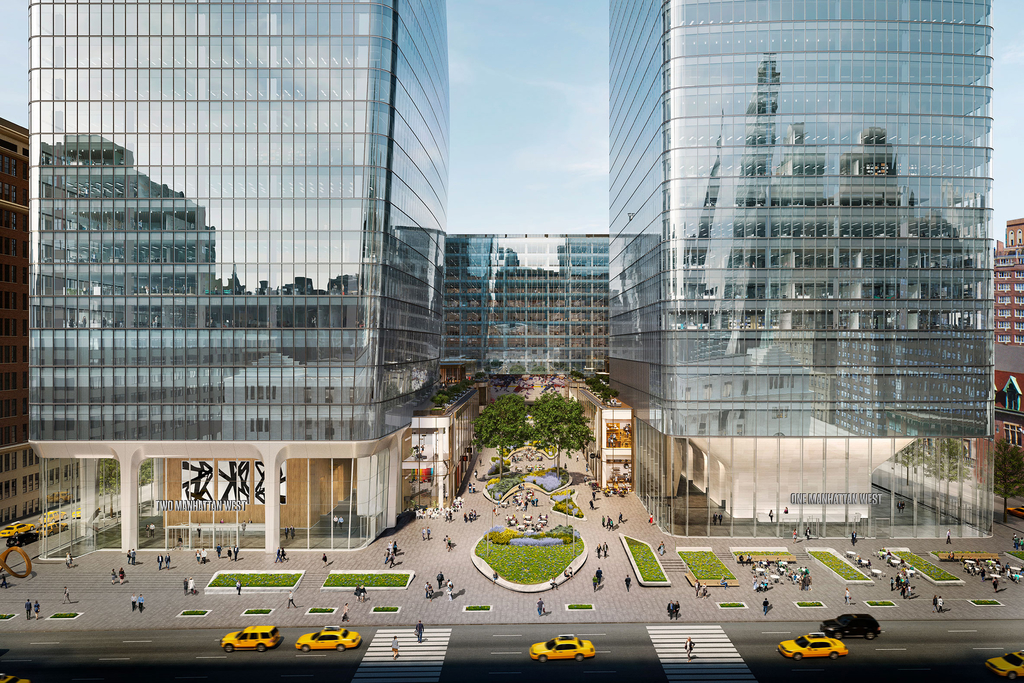 One and Two Manhattan West will be completed over the next three years.

CRAIN'S NEW YORK BUSINESS: As New York CIty picks up the pieces from Amazon's scuttled deal in Long Island City, Queens, the retail giant is reportedly looking to expand its footprint in Manhattan.

The New York Post reports that Amazon is looking to lease "at least 100,000 square feet or much more" at either One Manhattan West or Two Manhattan West on the West Side.

Even as the company abandoned its multibillion-dollar second-headquarters project in Long Island City, Amazon officials said expansion for its city offices would continue. The company employs about 5,000 people in New York.

Any deal Amazon strikes on the West Side is unlikely to come anywhere near the scope of the 25,000 jobs pledged under the Long Island City plan. As the Post report noted, adding positions within the massive Manhattan job market will not spur the same level of growth as Amazon advocates had anticipated for Queens.

"The investment in Long Island City was going to create a whole cluster of activity around it," Kathryn Wylde, CEO of the nonprofit Partnership for New York City, told the Post. "No one is going to have that same impact in Manhattan unless you go to Upper Manhattan."

Ryan Deffenbaugh
View all articles by this author