ANA, ARF Vigilant Against Potential Shift In Ability To Deduct Expenses
READ THIS NEXT
Tesla is Interbrand’s fastest-growing brand of 2021

The threat is more a specter right now than a real danger, but industry lobbyists are treating the possibility Congress could eliminate or curtail the expensing of advertising fees as a looming Armageddon. 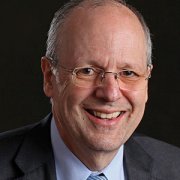 Dan Jaffe, top lobbyist for the Association of National Advertisers, said that there are proposals under consideration in both the House and Senate that would affect the ability of businesses to expense advertising fees for tax purposes. Mr. Jaffe said a prevalent idea is to allow a business to expense advertising costs -- but not fully in the year the expense is incurred, but instead, over a number of years.

Ending the ability to expense advertising costs would be" counterproductive" for the U.S. Treasury, said Mr. Jaffe, because businesses would advertise less, make less money and pay fewer taxes.

Heated fight
There's a heated partisan fight over changing the tax code and no proposal about advertising expenses on paper, yet Mr. Jaffe and other industry representatives have begun lobbying lawmakers and asking advertisers to help. "The only rational thing for the advertising community is to keep its guard up," he said.

Everyone wants to consider closing tax loopholes. But a seemingly unbridgeable chasm exists between Democrats who want the reforms to raise revenue and Republicans who want reforms to be "revenue neutral." That means any gains the U.S. Treasury would receive by closing loopholes would be used to lower the tax rate on corporations, and perhaps high-income earners.

Just before Congress left for August recess, Senate Majority Leader Harry Reid said a rewrite of the tax code it must be conducted "under the total understanding that it can't be revenue-neutral. It can't be even close to revenue-neutral. There has to be significant new revenues." He'd start with about $1 trillion.

Battening down the hatches
To some, Senator Reid's statement made it clear there would be no tax reform this year. But Mr. Jaffe said the ANA is "lobbying heavily" because other interest groups are doing so too, asking lawmakers to protect their tax breaks and eliminate others instead.

"We are battening down our hatches but we hope we do not have to fire our guns," he said.

Rep. Rosa DeLauro's (D-Conn.) move to end the expensing of costs associated with advertising "unhealthy" food to children is an indication Congress, or at least some lawmakers, will zero in on advertising expenses, Mr. Jaffe warned.

"Taxpayers should not continue to subsidize a tax loophole that allows companies to deduct expenses for marketing unhealthy foods to kids," said Ms. DeLauro when she introduced her bill last month.Sen. John Rockefeller, D-W.Va., is expected to introduce a similar bill in the Senate.

ARF on alert
Clark Rector, chief lobbyist for the American Advertising Federation, sent the organization's member a "government alert" that said plans are afoot in Congress to consider the amortization of advertising costs and urging them to contact their senators and representatives, urging them to vote "against any measure that would alter or deny the current law that permits a business to deduct the full cost of advertising in the year it is incurred."

He noted that the U.S. tax code has treated advertising as "an ordinary and necessary expense of doing business" for 100 years.

Mr. Rector said there's no formal proposal about adverting expenses, but like Mr. Jaffe he wants to be vigilant.

"It may be a long shot, but crazy things have happened" in Washington," Mr. Jaffe said.