The Association of National Advertisers is stepping up scrutiny of media transparency as members express growing concerns that they don't fully understand dealings between media agencies and media companies.
Complexity and lack of transparency in programmatic digital buying and agency trading desks in particular are among factors keeping most marketers from using them, according to a white paper to be issued by the ANA and Forrester Research this week. 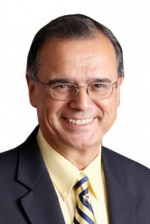 The white paper cites a February survey of more than 150 U.S. marketers that found 46% of respondents are concerned about transparency of media buys; 42% of that group said they have gotten more concerned in the past year. More than half were concerned that their agencies may receive rebates from media sellers.
The survey found only 28% of marketers understood programmatic well enough to use it, while another 10% felt they understood it but still wouldn't.

In an address to the ANA's Advertising Financial Management Conference earlier this month, ANA CEO Bob Liodice cited information from DataXu and the World Federation of Advertisers that only 55¢ of every media dollar in programmatic digital buying ends up with publishers. The rest goes to agencies, trading desks, demand-side platforms and ad networks. He added that other estimates find as little as 30¢ goes to publishers.

"We don't understand the interconnection of what's taking place within our media supply chain," Mr. Liodice said. "Where there's mystery, there's margin," he added, drawing laughs from a crowd of more than 600 as he relayed a quote from Mike Thyen, Eli Lilly director of procurement-emerging markets and chair of the ANA's Advertising Financial Management Committee.

Transparency is among the issues, which include viewership, click fraud and pirate sites diverting ads, that account for $7.5 billion of the $30 billion spent on digital advertising in the U.S. being wasted, he said, citing MediaLink research.

Bill Duggan, group exec VP of the ANA, said marketer concern over media transparency today "is probably greater than at any point in our careers." Marketing procurement up to now has focused primarily on agency fees and production costs that each account for about 10% of budgets, he said, but little on the 80% for media.

Noting claims from consultants that agencies get a growing share of revenue from "opaque and heavily nuanced" trading rather than client fees, even beyond programmatic digital buying, Terri Burns, manager-marketing strategic sourcing at Aflac, said clients may have brought those issues on themselves by pushing so hard on fees and "not always being the most efficient to work with."

Marketers have plenty of sophistication to write and enforce contracts, said Tom Finneran, exec VP of the American Association of Advertising Agencies. "Some trading desks," he added, "are transparent about the fact that we will not disclose the information. You don't have to work with a trading desk."