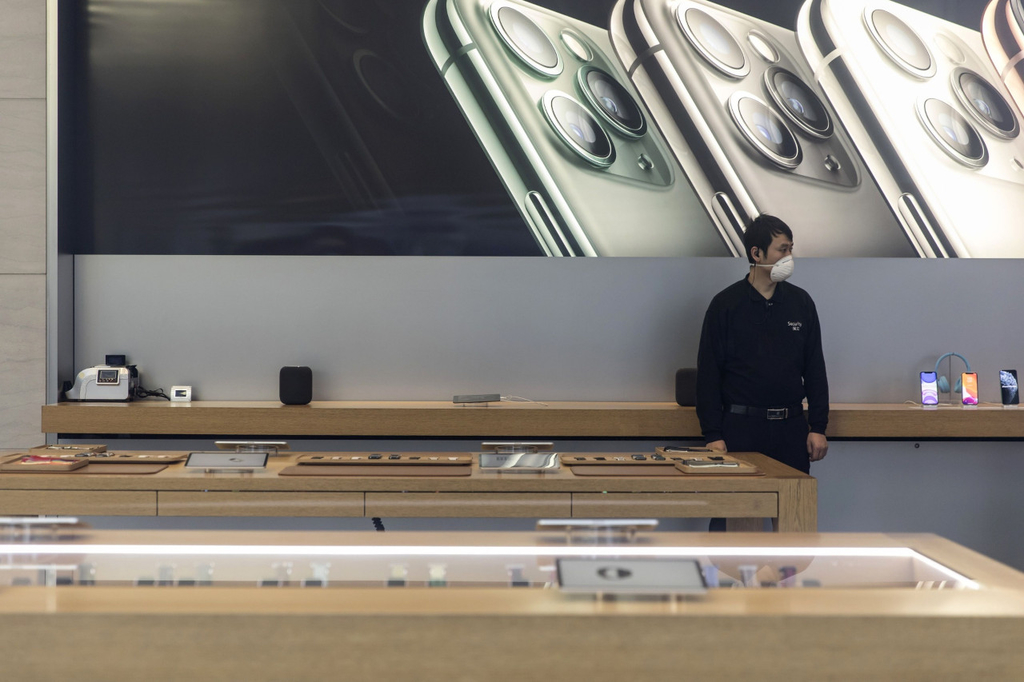 Apple cuts sales forecasts on China weakness
Apple is cutting revenue forecasts for the second quarter due to the impact of coronavirus, citing slower smartphone production and store closures in China.

As reported by the New York Times, the company said in a statement that “worldwide iPhone supply will be temporarily constrained” and that due to factories opening more slowly after the extended lunar new year closures, “iPhone supply shortages will temporarily affect revenues worldwide.” It also described the situation as “evolving,” and said it would provide more information during its next earnings call in April. It added “Apple is fundamentally strong, and this disruption to our business is only temporary.”

The move spooked stock markets Tuesday morning, with Apple shares falling on the German stock exchange and London market. Meanwhile the virus continues to affect all sectors: As the Guardian reports, banking giant HSBC said this morning it would be cutting 35,000 jobs worldwide, after its annual profits fell 33 percent, saying the coronavirus could also affect next year’s performance.

As the Wall Street Journal reports, it’s the the biggest philanthropic move to date for the world’s richest man, and while details are still thin on how the fund will operate, “If he does move to set up a foundation, it would instantly become one of the largest in the U.S., as well as one of the most substantial financial commitments to combat climate change.”

The Bezos pledge comes after Amazon has been criticized for its own damaging environmental impact, including the carbon emissions from its delivery vehicles and the amount of packaging it uses. The company recently said it aims to become carbon neutral by 2040.

Unilever mulls sale of beauty brands
Unilever is holding a strategic review of its health and beauty brands. According to the U.K.’s Times, “The process is expected to focus on its lower-end brands, which analysts suggested could include the American haircare product Suave and the skincare treatment Simple, rather than better-performing premium brands.”

The move comes after a similar review of food brands, with the company announcing last month that it could sell its tea business, including brands such as Lipton and PG Tips. The process is expected to take between nine months and a year, according to the report.

Just briefly:
Boys Scouts bankruptcy: The Boy Scouts of America filed for bankruptcy protection early Tuesday morning. According to the New York Times, the organization is “succumbing to financial pressures that included a surge in legal costs over its handling of sexual abuse allegations.”

'Love Island' death: Campaigners in the U.K. have called for ITV reality show “Love Island” to be axed after the suicide of its former host, Caroline Flack, Saturday. ITV reinstated the show, a ratings hit, Monday night after a two-night hiatus, with a tribute to Flack. Sky News reports that viewer reactions were “mixed,” with some praising the tribute and some saying that continuing to watch the show “didn't feel right.”

GM junks Holden: GM said Monday that it will stop selling and designing Holden vehicles in Australia and New Zealand by 2021. Holden is an iconic local brand but, as the Wall Street Journal reports, that the move is designed to “reduce exposure in tough overseas markets while investing more in autonomous and electric vehicles.” GM will also stop selling Chevrolet vehicles in Thailand by the end of 2020.