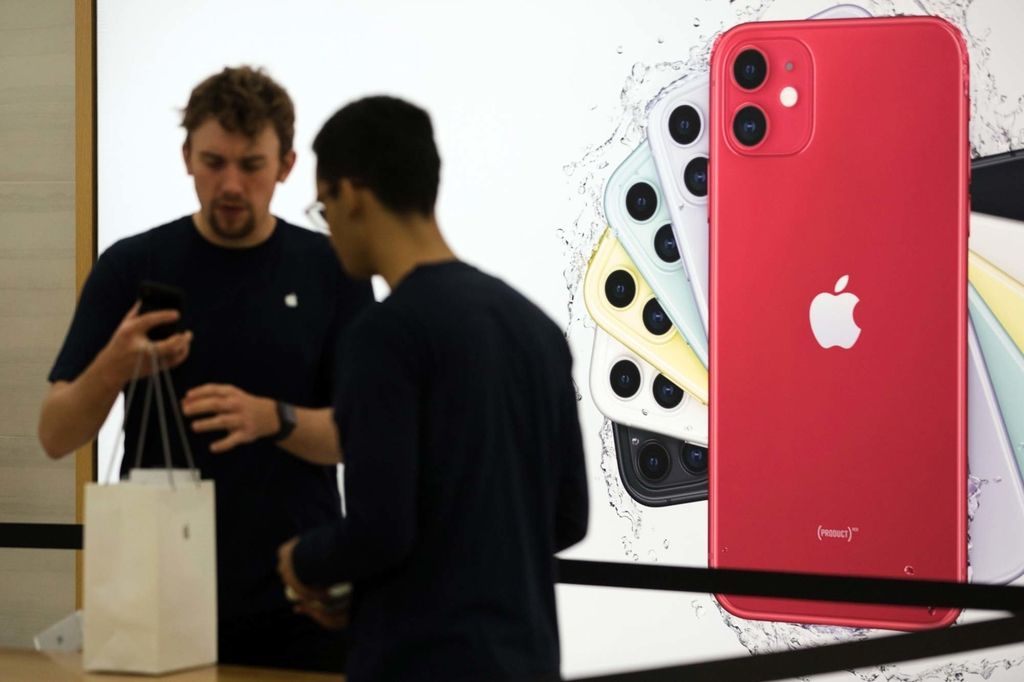 Apple Inc. has asked suppliers to build at least 75 million 5G iPhones for later this year, roughly in line with last year’s launch, in a sign that demand for the company’s most important product is holding up in the midst of the global pandemic and recession.

The Cupertino, California-based technology giant anticipates shipments of these next-generation iPhones may reach as high as 80 million units in 2020, according to people familiar with the situation. Apple plans to launch four new models in October with fifth-generation wireless speeds, a different design and a wider choice of screen sizes, said the people, who asked not to be identified discussing unannounced products.

Among a comprehensive product refresh in the fall, Apple is also preparing a new iPad Air with an edge-to-edge iPad Pro-like screen, two new Apple Watch versions and its first over-ear headphones outside the Beats brand. A smaller HomePod speaker is in the works, too. An Apple spokeswoman declined to comment.

Apple and its manufacturing partners always ramp up production ahead of the rollout of new iPhones each fall. In the summer of 2019, suppliers were preparing to make components for as many as 75 million handsets. The target in 2018 was similar, so this year’s goal of 75 million to 80 million units is a bullish sign. Key iPhone assembly partner Hon Hai Precision Industry Co., also known as Foxconn, has put up several notices on WeChat over the past month recruiting workers for its main iPhone campus in the central Chinese city of Zhengzhou.

While the COVID-19 outbreak has hammered the global economy and disrupted supply chains, Apple is seeing strong demand for iPhones, iPads and Mac computers from people working and studying remotely. Revenue from iPhones crushed Wall Street expectations in the most recent quarter. The device still generates almost half of Apple’s sales, and that often tops 60 percent in the holiday season. Apple shares have soared 76 percent this year, making it the first U.S. company to surpass $2 trillion in market value.

The four new phones will be split into two basic and two high-end models for the first time, and all will feature OLED displays with improved color and clarity. The two regular iPhones will come in a new 5.4-inch size and a 6.1-inch option, while the Pro devices will offer a choice of a 6.1-inch or an enlarged 6.7-inch display, which will be the largest Apple’s ever put in an iPhone.

All of the new smartphones will have updated designs with squared edges similar to the iPad Pro, and the high-end phones will continue to use stainless steel edges versus aluminum sides on the cheaper variants. The company is also planning a dark blue color option on the Pro models to replace the Midnight Green of 2019’s iPhone 11 Pro line.

At least the larger of the Pro phones will have the same LIDAR camera as on the latest iPad Pro, which allows augmented-reality apps to have a greater understanding of their surrounding environment. Among the most significant improvements of the new handsets will be the new A14 processor, upgrading speed and power efficiency.

Some Apple employees testing the new devices think that the new 6.7-inch screen is one of this year’s most notable improvements, the people familiar with the situation said. A few testers have also found that some of the current 5G networks are not improving connection speeds much, the people added.

Apple plans to ship the lower-end phones sooner than the Pro devices, according to people familiar with the staggered release strategy. During a recent conference call, Apple said the new iPhones would ship a “few weeks” later than last year’s models, which started shipping Sept. 20. This year’s rollout is on course to be the latest since the release of the iPhone X in November 2017.

The design of this year’s iPhones and many features were finished before COVID-19 spread, but the pandemic did create issues for final testing and delayed the start of production by several weeks. While the new iPhones won’t ship until later, Apple’s iOS 14 software will arrive in September, the people said.

The new Apple Watch lineup will include a successor to the Apple Watch Series 5 and a replacement for the Series 3 that will compete with lower-cost fitness devices such as those from Fitbit Inc.

The smaller HomePod will help Apple renew its push into the smart home at a lower price, albeit with fewer speakers inside the device than the current $299 model. While the first HomePod was praised for its audio quality, consumers have panned its limited Siri functionality and price. Earlier this year, Apple merged some of the Apple TV and HomePod engineering teams as it looks to renew its focus on home devices.

Apple has also been developing a new Apple TV box with a faster processor for improved gaming and an upgraded remote control, however that device might not ship until next year, according to people familiar with its development. The company is working on a feature for the new remote similar to Find My iPhone that would make the TV accessory easier to find. The company’s other product in development is called AirTags, designed for locating physical items, which will be equipped with a leather carrying case, Bloomberg News has reported.